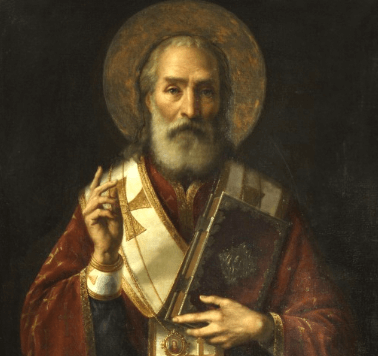 The legend of Santa Claus began with a character that not many know: Nicholas of Bari for the West and Saint Nicholas of Myra for the East. This character really existed and, as his name suggests, was declared a saint because of his achievements, which included many miracles.

Christmas is associated with the figure of Saint Nicholas. Over time, this figure who gave gifts to children and appeared on Christmas Eve began to be called Santa Claus in some countries. As you can see, he has little to do with the commemoration of the birth of Jesus in a manger.

“Happy, happy Christmas, that can win us back to the delusions of our childhood days, recall to the old man the pleasures of his youth, and transport the traveler back to his own fireside and quiet home!”

Nowadays, it’s Santa Claus as opposed to  Saint Nicholas, who’s linked to Christmas. The tradition of giving gifts to children on Christmas Eve, in commemoration of the Christian nativity has ceased to be strictly Catholic and has become rather commercial.

Who was Saint Nicholas?

Saint Nicholas was born in the year 280 of our era, in the town of Mira, which is currently part of Turkey.

In these times, Christians were still persecuted. However, his parents professed their religion. His father was a prosperous merchant who dreamed that his son would follow in his footsteps. O the other hand, his mother wanted Nicholas to be a priest like his uncle.

From an early age, Nicholas was taught to share everything he had with those most in need. At the time, there was a terrible plague, and his parents, as Christians, charitably cared for the sick. Unfortunately, both of them contracted the disease and died.

When this happened, Nicholas, who was heir to all their assets, distributed everything he had among the poorest. He then went to find his uncle and became a monk. At that time, he was only 19 years old. From that moment on, he devoted himself to religion.

It’s said that Nicholas made a trip to the Holy Land before returning to his native Myra. The bishop, his uncle, had just died. The priests discussed who should be his successor, but they couldn’t come to an agreement.

To settle the matter, they said that the next priest to enter the temple would be made a bishop.  That was Saint Nicholas, who was dressed in red.

The new bishop stood out for his enormous kindness and impartiality. However, an imperial decree was issued ordering Christians to be persecuted once more and Saint Nicholas went through a difficult time. However, it’s said that, despite this fact, he never lost his sense of humor and could often be heard laughing loudly.

Finally, Saint Nicholas was arrested and imprisoned for nearly 30 years. It didn’t change his kind and happy nature. When Emperor Constantine came to power, he ordered that Nicholas be released. By then he was an old man with a white beard and when he was released he went immediately to Myra. He arrived just as the community was celebrating Christmas. Everyone celebrated his arrival. 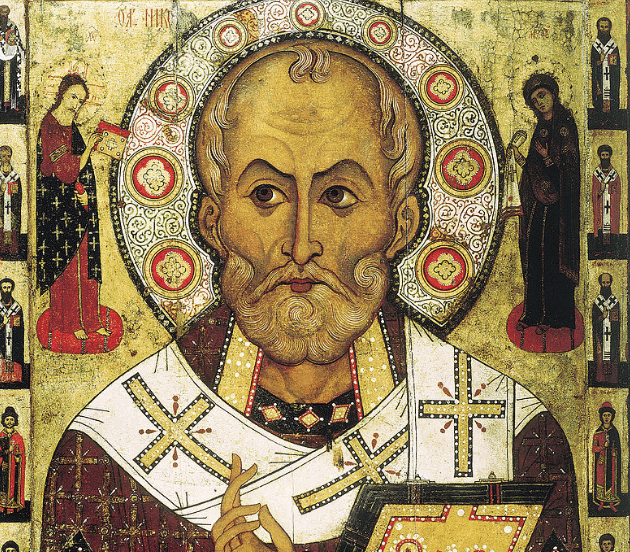 The legend of Santa Claus

It’s said that when Saint Nicholas was bishop, he knew of a poor man who had three daughters, who couldn’t marry because they had no dowries.

To remedy this situation, the saint went at night and, without anyone seeing him, deposited a bag of coins in the girls’ socks, which were hanging out to dry. So they all managed to get married.

The legend also says that a butcher lured three children into his home outside the city. He killed and pickled the children in a barrel, planning to pass them off as ham for sale. Nicholas was traveling through the area to provide famine relief,  He saw through the ruse and is said to have resurrected the children. It’s also said that he was capable of calming the seas and became known as the patron saint of sailors and travelers. Moreover, he had a tremendous affection for children.

So how did Saint Nicholas become Santa Claus or Father Christmas? In the Netherlands, the feast of Saint Nicholas is celebrated in December, but its name in Dutch is Sinterklaas. When Dutch immigrants came to the United States, the Americans, following a mispronunciation, transformed Sinterklaas into Santa Claus.

Meanwhile, in France, he began to be called Santa Claus because of his physical resemblance to a popular cultural character called Bonhomme Noël. Thus, from one character, several legends emerged that all have in common this kind and joyful presence at Christmas. 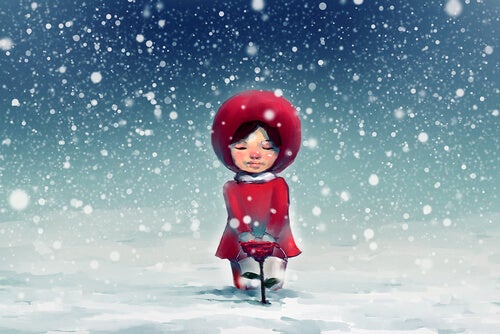 Transforming Christmas (A Christmas Story)
Today I want to invite you to reflect on the true meaning of Christmas. I want to share a story about a boy who reminds us that Christmas is about love. Read more »

The post Saint Nicholas: The Biography of Santa Claus appeared first on Exploring your mind.