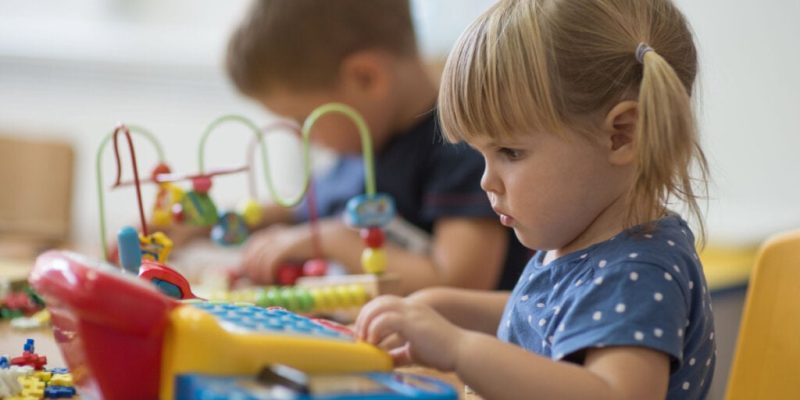 A few months after their child’s birth, parents are often faced with a complicated dilemma regarding the best option for the care of their child. Home or daycare? Opinions can be divided. In fact, parents may have strong arguments in favor of one or the other. For this reason, it’s interesting to analyze the research that’s been conducted on the subject.

Some people think that the home is the best environment as a base for child development during the early years. That’s because it fosters a healthy bond of attachment with the parents. On the other hand, there are those who suggest that daycare offers greater opportunities for socialization. This can also have a positive impact on the child. If you’re in this situation and don’t know which option to choose, we’ll give you some interesting information to reflect on.

This doubt arises mainly in homes where there’s a real possibility of choosing. In other words, where one of the parents can afford to stop working to dedicate themselves to child care. That said, even in these cases, the idea of daycare is often considered. That’s because it facilitates interaction with other children. There’s also the advice and guidance of qualified professionals available.

The dilemma is different when both parents have to work. In these cases, the options they have to choose from are home care with a relative or daycare.

So what’s the best option? To answer this question, we’re turning to one of the largest investigations conducted on the subject. The National Institute of Child Health & Human Development followed more than 1,000 children from the first month of life until they were four years old. The objective was to analyze how the different types of care (at home or in the nursery) affected the cognitive, social, and psychological development of the children. The results yielded interesting data.

Socialization with peers at early ages

The main argument in favor of daycare is the child’s need to socialize with other children. However, although school is a really socially enriching environment for children, in the first years of life, things are rather different.

As a matter of fact, social and participatory games don’t begin until approximately three years of age. These are the kinds of games in which the child can be aware of themselves and their roles, exercise empathy, and interact with other children. Up until that time, the priority is the attachment bond with their primary caregivers (usually the parents). Thus, the real need at these early ages is to generate a close and intimate connection and relate to a caregiver who provides them with affection and security.

In the aforementioned study, it was found that children who attended daycare showed more behavioral problems. For example, aggressiveness, rebelliousness, and competitiveness. They were also less cooperative than those raised at home. This reality increased the more hours the infant spent in daycare and the lower the quality of the establishment itself.

On many occasions, it’s been demonstrated that the relationship with the mother (or the primary attachment figure) is the factor that’s of the most help in the emotional, social, and intellectual development of a child. In fact, the best scores in the study were obtained by infants with sensitive caregivers, who provided emotional support and were consistent in their care.

In other words, a baby requires that the caregiving adult interacts with them and responds to their needs. The adult should also know how to attend to their physical and emotional needs and help the infant regulate themselves. This provides them with a much-needed sense of security. It should be taken into account that, although daycare staff are competent to do this, they’re often unable to do so due to the staff: child ratio.

On the other hand, the study indicates that it’s not necessarily the type of care received that has the most impact on the child’s development, but rather the parenting style and the family environment. Indeed, the characteristics of the parents and the family dynamics were more relevant when it came to the child’s correct development than the fact of going to a daycare center or staying at home.

In all cases, when parents were more educated with higher incomes, and when they offered stimulating environments and emotional support, child development was better. Likewise, a positive family environment, with adequate routines that provided the child with sufficient experiences, was key to proper growth in all areas. This was regardless of the type of care (home or daycare).

The psychological state of the mother

The attachment bond with the mother and the quality of upbringing and the family environment have the greatest impact on a child’s well-being. However, although home care encourages the development of these factors, it’s not always the case.

The research found that low levels of maternal stress, the mother’s psychological health, and her ability to provide appropriate care are critical. That said, in some cases, staying at home and being a full-time mother and caregiver doesn’t benefit these aspects.

For example, if the mother feels overwhelmed, exhausted, and dissatisfied, she won’t be able to offer the appropriate feedback to her baby. On the other hand, if by going to work, she feels fulfilled, happy, and less stressed, she’ll be in a better position to nurture and create a secure attachment.

Quality care: the key to well-being in the child

This investigation provided some important data. Firstly, that socialization with peers isn’t as necessary for a child under three years of age as having frequent contact with a sensitive and consistent caregiver. Therefore, the study proposed that home care provided by the mother or father is the best option.

However, an infant who receives quality care in a nursery can get the same benefits and good results. That said, for this to happen, it’s essential that the ratio of babies per child educator is as low as possible. In addition, the caregiver must be sensitive, empathetic, attentive, and capable of adequately stimulating the infant.

Therefore, daycare can be a great option if, and only if, the infant finds the necessary conditions to bond positively with the caregiver and receive the attention, response, and emotional support they need. So, if you choose this alternative for your children, it’s crucial to ensure that the center truly offers quality care. It must also be sensitive to the needs of children at this really early age. 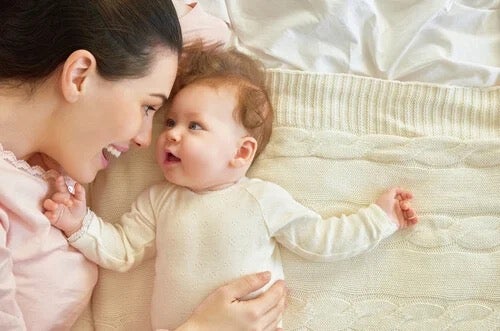 Maternal Sensitivity and Attachment Styles
Maternal sensitivity and attachment theory both relate to how a mother interacts with her child. Learn more about them in this article. Read more »

The post Home or Daycare? What’s the Best Option? appeared first on Exploring your mind.

How You Manage Conflict Says a Lot About You