Imagine that, in a matter of minutes you suddenly lose someone important to you. Alternatively, something happens that’s completely beyond your control but it has a direct effect on you. It’s difficult to know how you’d react in such a situation. However, one such reaction might be dissociation.

The main function that dissociation fulfills is to protect you from the psychological impact of a highly stressful event. In effect, it facilitates your own survival.

In psychology, dissociation is defined as an interruption or discontinuity when you’re perceiving in an integrated way:

The alteration of these functions can be:

“A defense mechanism in which conflicting impulses are kept apart or threatening ideas and feelings are separated from the rest of the psyche.”

Is it a health problem?

Not always. Indeed, dissociation isn’t necessarily a pathological phenomenon. In fact, we speak of normative dissociation when we’re referring to experiences that involve dissociation, but that are experienced in an integrated way, rather than separately. They have the effect of diminishing the intensity of powerful and stressful life events in which you can find yourself immersed.

Therefore, we’re all susceptible to experiencing dissociative episodes in response to these types of stressful situations. Here are some examples:

When the Cumbre Vieja volcano on the island of Gran Canaria erupted, there was a lot of uncertainty, many populations had to be evicted in minutes, and many people said they felt distanced from their own bodies, as if they were external observers (depersonalization) or experienced feeling the external world as strange or unreal (derealization).

Some examples of normative dissociation can be found in:

Sometimes, we live through events that are so overwhelming that they exceed our coping resources, our mind is unable to process the data it’s receiving, and to protect ourselves and mitigate the pain. Therefore, dissociation arises. It allows us to reduce the emotional impact of pain and fear.

The phenomenon of the hidden observer

Part of the empirical evidence supporting normative or non-pathological dissociation can be found in the phenomenon of the hidden observer (Hilgard, 1997).

The phenomenon of the hidden observer is a metaphor that refers to the part of the mind that, under hypnosis, remains unhypnotized. In fact, it keeps its functioning intact. However, being separated (or dissociated) from the hypnotized part by an amnesic barrier (i.e., one part that doesn’t remember the other) doesn’t allow the individual to be aware of the control available to them. Unless that is, they’re given the instructions that allow them to act.

Pathological dissociation is differentiated from normality dissociation by three factors. These are the duration, intensity, and interference produced in the spheres in which we all perform daily. For instance, work, studies, and interpersonal relationships.

When dissociation is chronic, it generates suffering and produces a significant deterioration in the individual, their relationships, or their environment. In fact, they can find themselves facing health problems. Here are some examples of dissociative disorders.

Therefore, a dissociative process is an attempt by an individual to preserve some type of control and security in the face of an event that’s so powerfully stressful that it overwhelms them. However, paradoxically, normative dissociation supposes the loss of control of certain psychological and physical functions. When this attempt at self-preservation is prolonged over time, the initially adaptive and buffering role of dissociation becomes maladaptive. Furthermore, it interferes with important aspects of the individual’s daily functioning. 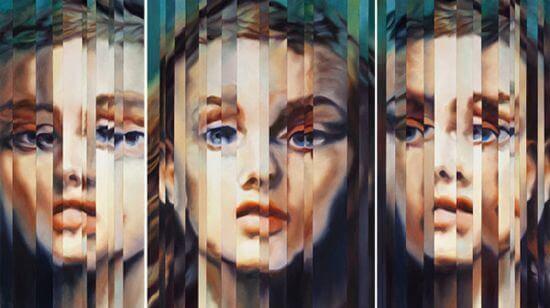 Dissociation: a Fascinating Phenomenon of the Mind
Dissociation is a phenomenon which refers to the disconnection some people suffer between their thoughts, emotions, memories, and even their own identities. Read more »