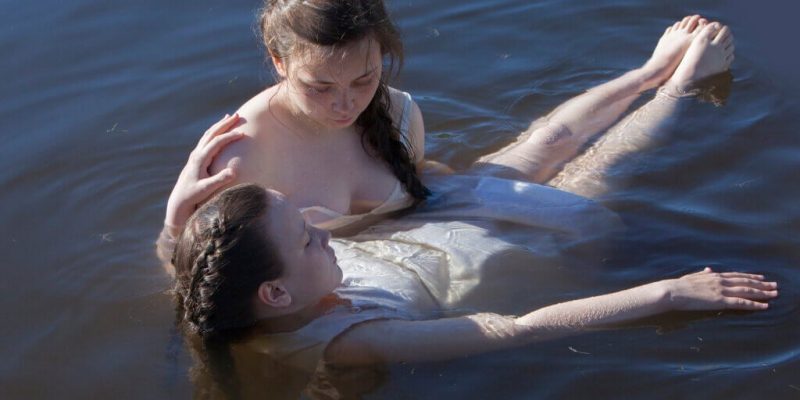 Sami Blood is a charming film, the kind that’s hard to find. It’s measured in its staging yet shocking in its argument. In fact, it’s a movie that denounces the xenophobia of society toward a minority, while also recognizing the sufferer’s own role in these kinds of situations.

Sami Blood takes us into an unknown history of supremacist Sweden with a story of the Samis. They were indigenous people who lived in regions of Sweden, Norway, Finland, and Russia. It’s a story of identity and personal struggle.

It’s the 1930s. Elle Marja, 14, is a young Lappish woman exposed to segregation at her school. She dreams of another life. But, for that, she must become another person and separate herself from her family and her culture.

A descendant of the Sami community on her father’s side, Swedish director Amanda Kernell tells the story of Swedish racism toward Lapland and the Sami community. This is a fact that’s little known about and is rarely represented on film, except in rare movies such as The Cuckoo (2002) by director Russian Alexander Rogozhkin.

Sami Blood: the story of a girl who wanted to be Swedish

Elle Marja is an elderly woman who’s on her way with her son and granddaughter to the funeral of her sister Njenna. Once she arrives there, the woman refuses to speak in the Sami language and to have any contact with the other guests.

However, faced with one particular memory, the entire hidden story of her past becomes activated in her mind. Belonging to a village with a strong identity, Elle Marja, at the age of 14, with her sister, left her nomadic family to attend a boarding school for young Sami children with her sister.

She did everything to become a true Swedish girl. However, she quickly understood that her Sami origins undermined her aspirations. Their education was limited, and it was believed in Sweden that individuals from these regions weren’t ready for higher education and city life.

The daughter of reindeer herders in the far north of Sweden, the protagonist along with the other children boarding at the school were victims of ethnic discrimination, a popular process in the 1930s.

Elle Marja and Njenna, played by two real sisters, Lene Cecilia and Mia Erika Sparrok, are sent from their village to the government boarding school where they’re forced to speak only Swedish. In addition, their bodies are subjected to humiliating tests to certify their race.

Along with the humiliating treatment at the boarding school, the group of children receives constant insults from the neighbors, who see them as ‘circus animals’ or ‘underdeveloped beings’. However, Elle Marja no longer intends to be a circus animal and wants to continue studying, regardless of the prejudiced ideas that the Sami don’t have the same intellectual abilities as ‘normal children’.

After shedding her traditional dress, the girl escapes to Upsala, where she begs a boy she’s just met at a party near the school to take her in. By this time, she’s determined to enroll in the official Swedish school.

Sami Blood: having to give up everything to be yourself

The Sami girl, played by Lene Cecilia Sparrok, radiates an expressiveness on screen that reflects all the instincts of the Sami people who grew up in the wilderness.

At the same time, it also provokes the girl’s curiosity and her determination to write her own story and escape from the script that had been written for her. We see her inescapable dilemma reflected in the cold gaze of the old woman at the beginning of the film. It’s a look that’s full of guilt, resignation, and pain.

Some people can’t choose, they can only give up. The young Elle Marja can only set borders to build her new life, not build bridges.

Sometimes, it’s a real abyss that an individual has to jump into to get to the point they want. They have to leave behind everything they have, even their identity. In Elle Marja’s case, the Sami culture would have already reserved a path for her, but one from which she felt too distanced.

Therefore, the movie becomes a journey in search of her identity, combining the rejection of her own birthplace and the desire for a new life.

Sami Blood: the denial of group identity to achieve a personal identity

This movie wants to make us reflect on the psychological effects of the rejection of people’s origins and on the forced eradication of a social and cultural context for no apparent reason. In the look of the old Elle Marja, the emotional emptying and lacerating sense of guilt are reflected. In fact, she breaks down when faced with the precious memories of her sister.

A sister she never forgot, her love for whom colors the landscapes of northern Sweden with melancholy. Now, at the end of her life, the most intense, heartbreaking memories come back. The laughter of her sister, the joik song sung on a lake.

Her decision at the end of her life seems to be at odds with both feeling and reason. Her identity was written in blood, but the fulfilled life she’s led doesn’t accord with it.

There’s a kind of empathy for the protagonist. She represents all the people who’ve had to emigrate or give up part of their family and vital history as the price for fulfilling their dreams. As in the case of Elle Marja, many people don’t choose freely.

They don’t start a new life taking along what’s most important to them. They don’t move because of impulse or inspiration, but because of sad memories that depress their spirit. In the case of the protagonist, she also had no choice but to do what she did so as not to end up in the worst possible way. We feel her pain.

The director shows how a little girl who, as a victim of ordinary racism, comes to internalize her own racial prejudices that she’s been forced to experience. She wants to integrate at any cost so is forced to leave behind her origins. Without a doubt, the movie is a harrowing story. It shows, in a rather intimate manner, how painful this process can be from a psychological point of view.

Ostracism and Social Exclusion
Ostracism and social exclusion are forms of social punishment. They happen due to all sorts of prejudices and to the diversity of beliefs or values. Read more »

The post Sami Blood: Feeling Stigmatized By Your Origins appeared first on Exploring your mind.