The regulation of our emotions and our social behavior is mainly mediated by the limbic system. This subcortical region is associated with motivation, reward, and pleasure. However, several investigations have indicated that the cerebellum, a structure associated with motor functions, also plays a decisive role in these processes.

In a study with mice, researchers found that the cerebellum helps control the brain’s reward circuitry. In addition, a direct connection between the cerebellum and the ventral tegmental area (VTA) was found. This region is involved in reward processing and encoding.

The results of the study highlighted that the cerebellum plays a role in the control of social behavior and reward. It also shed new light on neural networks critical for affective and social dysfunction seen in different mental disorders.

Functions of the cerebellum

The cerebellum is essential since it’s in charge of the regulation of movement and the control of balance. It’s thanks to this structure that we can coordinate our movements and maintain our posture. It also controls muscle tone and voluntary muscle activity.

The cerebellar vermis coordinates the movements of the trunk, including the neck, shoulders, chest, abdomen, and hips, while the intermediate zone of the two cerebellar hemispheres is responsible for controlling the muscles of our extremities. The lateral area of each of these hemispheres intervenes in the planning of sequential movements of the entire body. It also participates in the conscious evaluation of any mistakes we make when moving (Manto et al., 2012; Guell et al., 2018).

Evidence collected by various investigations has indicated that this structure, more specifically its posterior lobe, intervenes in the control of cognitive and affective functions. Lesions of the lobe result in cerebellar cognitive affective syndrome. Its hallmarks are deficits in executive function, visual-spatial processing, language skills, and emotional regulation.

Studies have found that, as well as motor control, the cerebellum also influences emotional regulation, the inhibition of impulsive decision-making, and memory.

The cerebellum in social behavior

The cerebellum isn’t only linked to movement and balance, but also to reward and social behavior. Let’s take a closer look at the implications of this structure for our ability to socialize.

In a study with mice, researchers investigated whether cerebellar inputs to the ventral tegmental area (VTA) influence social preference behavior and reward-related behavior. To do this, they placed mice in an open chamber and used pulses of light to activate VTA-linked cerebellar neurons each time the mice entered the ‘reward quadrant’. The researchers found that the rodents spent more time in the reward quadrant.

To examine whether cerebellar inputs to the VTA impacted social behaviors, the researchers employed a three-chamber social task. The mice could choose to spend time either in a chamber with other mice (the social chamber), in an empty chamber, or in one with a non-social object. At the start of the study, the mice preferred to be in the social chamber. However, after the researchers turned off the cerebellar projections in the VTA, the mice no longer showed this preference.

Other results indicate that continuous silencing of the cerebellar-VTA pathway completely prevents the expression of social preferences in mice. In fact, the findings demonstrate that these connections are necessary for social preference behavior in mice.

The cerebellum in social and non-social action sequences

To better understand the social function of the cerebellum, Van Overwalle et al. (2019), hypothesized that it builds internal models of social action sequences. These models allow us to predict how the actions of other people will be executed. This facilitates the understanding of social behaviors.

Corroborating the above, a preliminary study found that the cerebellum participates in the generation of sequences of social and non-social events. Researchers used repetitive low-frequency transcranial magnetic stimulation (LF-rTMS) during a picture-history sequencing task. In this activity, participants had to chronologically order social and non-social actions presented in cartoons or short sentences.

The cerebellum in social behavior: mentalization

In another study, conducted with healthy participants, greater activation in the posterior cerebellum was observed during new social events involving true and false beliefs compared to routine social and non-social (mechanical) events in a picture-story sequencing task.

The cerebellum is a structure that may also be involved in social cognition. This type of faculty allows us to understand the intentions, as well as the mental and emotional states of others. The theory of mind (ToM) is key in this type of cognition since it allows for making inferences and representations of the beliefs and intentions of others.

To conclude, the cerebellum has enormous implications for social behavior. It not only intervenes in the control of our movements but also in our social preferences. In addition, it participates in behaviors associated with rewards, in the sequencing of social events, and in the regulation of cognitive and affective functions. 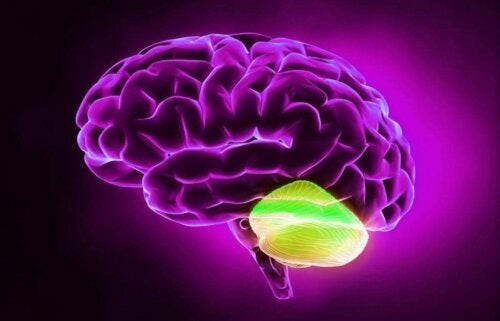 The Cerebellum and Divergent Thinking
The cerebellum and divergent thinking are related in an amazing, disturbing, and decisive way. This organ is related to motor memory. Read more »

The post The Involvement of the Cerebellum in Social Behavior appeared first on Exploring your mind.