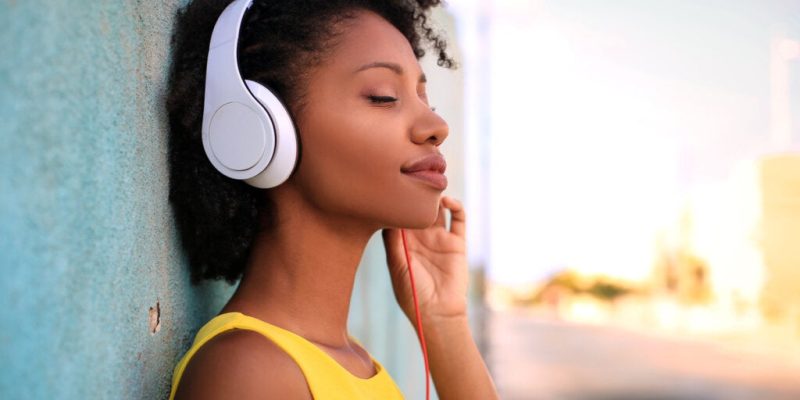 Music is inspiration, magic, and beauty. It’s present, in one way or another, in all our lives. Its origins are unknown, but it’s been suggested that the first melodies were made using the body itself as a percussion instrument and reciting the rhythms out loud.

It’s believed that music was born simultaneously with language. In the beginning, instruments such as bones and stone were used to produce sounds. Later, drums appeared, made with natural materials, such as coconut shells. Then, came the string instruments and, finally, the wind instruments.

Music is present in all societies on the planet and at all times. Traditional songs have been passed down orally from generation to generation. However, it wasn’t until the tenth century that Guido D’Arezzo developed a system for writing music. The stave was later designed by Ugolino de Forlí. Thanks to this, music was able to transcend time. Let’s find out some other curious facts about music.

“ Music is the most direct art, it enters through the ear and goes to the heart… It is the universal language of humanity.”

Some curious facts about music

It isn’t easy to decide who was the greatest composer of all time. That said, most connoisseurs believe it to be Wolfgang Amadeus Mozart. That’s because he took the instruments of his time to their maximum expression. In fact, his technique marked a turning point in music. Indeed, all music subsequent to his is believed to contain some of his influence.

What’s the most difficult instrument to play? Many may think it’s the piano, but this isn’t the case. In fact, the instrument that requires the most talent is the violin. That’s because a great deal of precision is required to produce harmonious sounds, both in handling the bow and in the positioning of the fingers. The slightest failure in any of these elements generates a shrill and unpleasant sound. However, the opposite happens with the ukulele as hardly any music comes out of it.

Another of our curious facts about music concerns the famous singer Tina Turner. At an airport in Gloucestershire (England), they use her songs to frighten the birds. Apparently, her voice has a really powerful effect in scaring them away, particularly crows and seagulls. Airport employees don’t know why, but it works.

Music and the body

Science has discovered that music provides great benefits to the entire body. Firstly, it’s been proven to have an influence on blood pressure. Furthermore, there’s evidence that the heart adapts its beats to the rhythm of the music that’s being listened to. Depending on the type of music, the heart speeds up or relaxes.

On the other hand, there’s evidence that music improves physical performance. In particular, rock and pop increase the body’s sports abilities. It’s also known that, if music is listened to at an extremely high volume, it causes thirst.

Data also indicates that music has a really positive effect on brain health. In fact, it stimulates many brain areas associated with movement, memory, and mood. Consequently, it relieves stress, improves reasoning and memory, and promotes better quality sleep.

The oldest known popular song dates back three millennia. It’s thought that it was written 3,400 years ago in what’s now the Middle East. Actually, there are several songs from this period, known generically as hurrian songs. Of course, no sound files exist for them but, after several years of study they’ve been translated into the traditional stave. Today, we can hear a version of that tune.

What’s the most performed song in the world? There are several, but, without a doubt, the record goes to Yesterday, by Paul McCartney. It’s been sung by figures such as Frank Sinatra, Bob Dylan, and Elvis Presley, among others. In fact, in the Guinness Book of Records, it’s claimed that there have been 3,200 versions.

In the Spanish language, the song with the most interpretations is Bésame mucho, by the Mexican composer Consuelo Velázquez. It’s estimated that there are more than 1000 different versions and it’s been translated into 20 languages. Among its most prominent performers are Frank Sinatra, Nat King Cole, The Beatles, and Andrea Bocelli, among others.

The post Some Curious Facts About Music appeared first on Exploring your mind.

Fatphobia Can Be Reduced With Compassion and Education