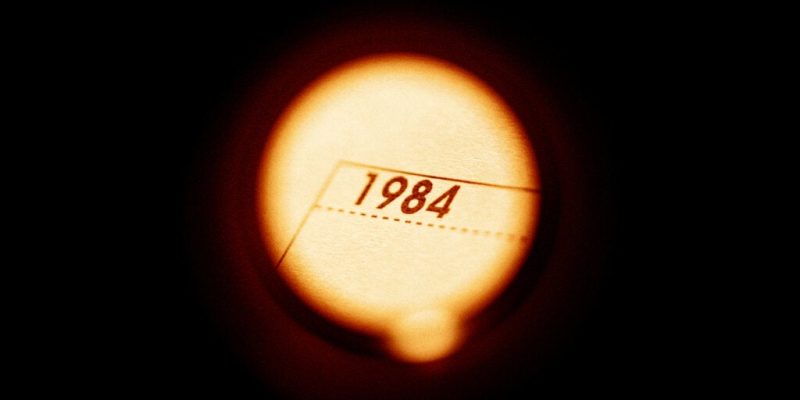 They say that a good book can change your life, and nothing could be truer. There are plenty of good stories out there. However, there are some that are especially stimulating. We’ve put together a list of ten books to make you think that might even change your life.

Regardless of their genre, intended audience, or length, these books invite reflection. In fact, they address many universal issues and conflicts with which we all identify.

Fantastic stories, children’s stories, essays, reports, and the great American novel. Behind any book of any genre can be found a story that stimulates your creativity. Indeed, there are stories that can turn everything you believe in on its head.

We hope that one of these ten titles will invite you to reflect in a healthy and enriching way.

A book that no one should miss is 1984, by George Orwell. It’s set in a futuristic universe in which the one known as Big Brother holds political power. A person whom no one has ever seen, but who completely controls the future of society.

Winston, the protagonist works for the Ministry of Truth. This is a place that filters and censors all artistic and editorial manifestations that might go against the regime. The goal is to shape the story of history to retain power.

2. The Old Man and the Sea, Ernest Hemingway

After 84 days without catching a single fish, old Santiago goes out to sea every morning hoping to put an end to his bad luck. This is a story about old age and necessity that’s embellished by seafaring images that are loaded with truth.

The man ends up facing a swordfish too big for him. However, regardless of whether he manages to capture him or not, the story shows Santiago the value of bravery. It also depicts the uncontrollable forces of nature. Without a doubt, a story that everyone should read at least once in their lives.

3. On the Road, Jack Kerouac

On the Road is a novel with an important generational component. It could be considered, if not the best, the most representative of Jack Kerouac’s work. It’s a nod to the beat generation that tells us about the journey of a young New Yorker with literary aspirations.

The story revolves around his friendship with Dean Moriarty, a troubled young man who, after leaving reform school, decides to wander the country in search of intense experiences. Despite his lack of control, the protagonist increasingly admires his partner, even when he leaves him lying in the middle of Mexico City suffering from dysentery..

One thing the beat generation achieved was to inspire a multitude of writers in subsequent decades. In fact, countless journalists, poets, and writers took the license to write about reality from different perspectives, all with an important literary component.

An apparent aimless search leads the reader and Thompson to an uncomfortable truth: the death of the American dream.

In the middle of this current of work, the work of Hunter S. Thompson stands out, who found his greatest achievement with his book, Fear and Loathing in Las Vegas. What was originally going to be a news report about a race in the Nevada desert turns into a depraved drug-taking frenzy in the middle of a jungle-like Las Vegas.

Filled with humor and sarcasm, this seemingly aimless quest leads the reader and Thompson to an uncomfortable truth: the death of the American dream.

Don’t be fooled by the insane adventures of Thompson and his sidekick, because this one book that’ll really make you think.

5. A Season in Hell, Arthur Rimbaud

If you’re really willing to witness uncomfortable truths, you should read A Season in Hell. This extended poem by Arthur Rimbaud, one of the cursed poets of nineteenth-century France, is an echo of the death and decay of Western culture.

The verses focus on the poet’s experience, a misunderstood young man torn between his passion and his old religious conscience. A ruptured composition in which poetry and life appear to be fiercely opposed.

Behind this fantastic and bizarre story of Alice, there’s a deep network that entangles all the logical processes that we know. The Cheshire cat, the hookah-smoking caterpillar, and the incomprehensible Mad Hatter. It may not seem like it, but the book hides a powerful and intricate internal logic.

Alice in Wonderland is about the irony of many imposed behaviors in society. After all, Carrol’s story is nothing more than a succession of surreal events with no apparent connection, just as would happen in a dream.

The Little Prince is a true classic. It tells the story of an aviator and a boy from space who looks like a prince. A magical and surreal book that talks about how deep friendship can be, and the value of having a friend.

Saint-Exupéry’s work deals with themes such as the universal language of feelings or the wisdom of those who look at everything with innocent eyes. Furthermore, how beauty can reach the hearts of both children and adults, as long as it’s not filtered by prejudice. 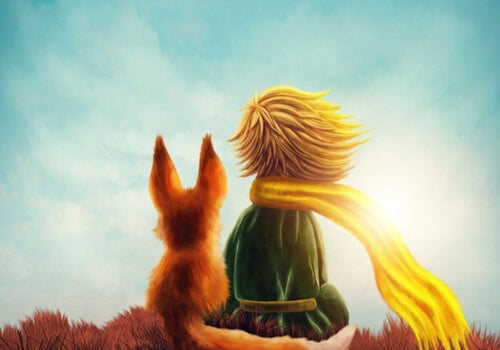 Although this work by Albert Camus was conceived as an essay, it tells the story of a modest worker who lives in Algiers. In a state of strangeness and indifference toward himself, the protagonist inexplicably kills an Arab.

From here, we witness the adventures of an absurd hero who assumes his status as a murderer and is sentenced to death. No excuses, no defenses, or lies. A book that tells us about the awareness of reality and its ability to achieve the true experience of being and feeling.

You’ve probably heard of this book thanks to its recent movie adaptation. In fact, it’s one of the main representations of science fiction literature in the 20th century.

It tells the story of Paul Atreides, a young heir to the throne who must move to the planet of Arrakis, where the Empire extracts ‘the spice’, the most valued substance in the universe.

Under the guise of intergalactic travel, spaceships, and political intrigue, Herbert aims to show us the main global conflicts of his time.

Herbert aims to show us the major global conflicts of his time. War, immigration, and even the expansion of consciousness through certain toxic substances. Without a doubt, Dune is the ABC of fantasy and science fiction.

Finally, we’d like to end with a book specially conceived to stimulate reflection on the art of the reader. Artificial Paradises is an essay by the French poet that focuses on the consumption of wine and hashish. His main idea was to describe the effects produced by both substances in the body and in the soul.

The title of the book refers to any substance or drug that’s consumed with the intention of stimulating the artist’s creativity. A quality that, according to Baudelaire, is nothing more than an illusion, since our judgment is affected by the altered perception of reality produced by narcotics. Without a doubt, this book will make you think. 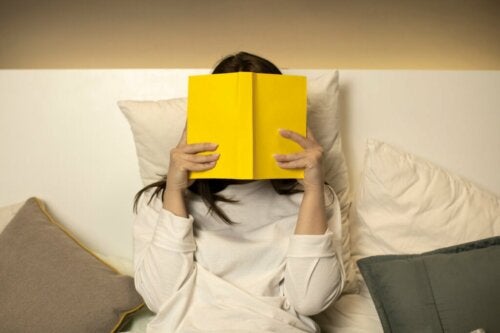 The post Ten Books To Make You Think That Might Even Change Your Life appeared first on Exploring your mind.