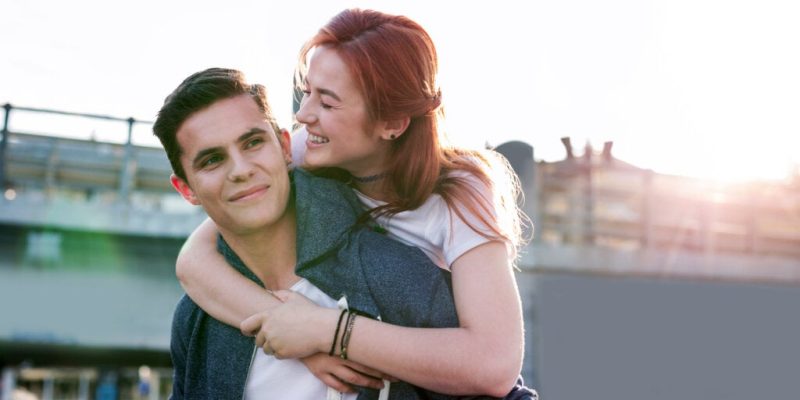 At some point in your life, you’ve probably had one of those idealized and unattainable loves that have never materialized. Having a crush on someone makes you feel excited and motivated, even when there’s no apparent reciprocity in the relationship. But why does it happen? What occurs in your brain when you have a crush on someone?

Firstly, it’s a really common phenomenon. It’s more likely during adolescence, due to a certain cognitive and emotional immaturity, but you can experience one at any age. This doesn’t mean that you’re delusional or that you have trouble relating romantically. In fact, there are several explanations that can account for you having a crush on someone.

The role of the halo effect

One of the most curious and striking aspects of this phenomenon is the degree of interest that the crush generates in you, even when you don’t know the object of your affection or have any sign that your interest is reciprocated. Clearly, you felt a great physical attraction from the moment you first saw them, but what caused the emotion and desire to be with this stranger?

The answer could be found in the halo effect. It claims that you attribute a series of characteristics to people based on your initial assessment of a single aspect. In other words, when you don’t have enough information to judge someone, you take one of their traits and from this you infer others.

As we said, you usually know a little bit about your crush. Perhaps they simply seem physically attractive to you or fit your ideal prototype because of the way they dress or speak. Yet, from this one positive quality, you infer that they’re also nice, intelligent, and funny. Therefore, your interest in them increases exponentially.

The idealization of the crush

A fundamental component in a crush is the lack of reciprocity. It often involves a famous person who doesn’t even know you exist or someone from your immediate environment you barely speak to. The fact that they usually don’t know you’re interested in them means you have few opportunities to interact.

Consequently, you don’t have the opportunity to check if the attributes you’ve assigned to them are really true. You may know the person, but not enough to break down the idealized image you’ve created of them, nor to make them stop conforming to how you imagine them to be.

If it were a conventional relationship, with the passage of time and many interactions, you’d discover more about them and your idealization of them would lose strength. However, in the case of a crush, you continue to live in your own mental fantasy that you’ve created and it continues to feed your illusion.

The effect of dopamine release

So, what happens in the brain when you have a crush on someone? It’s known that this type of ‘love’ generates the release of dopamine, a neurotransmitter that causes pleasure and that encourages you to continue with the crush.

In this state, you feel like you’re floating. You get rid of all logic and objectivity and give yourself over to those intensely pleasurable sensations. In fact, it’s dopamine that ‘turns you on’ and excites you. It’s related to desire and makes you ‘addicted’ to the other person.

In a reciprocal relationship, oxytocin also comes into play. This is a hormone that allows you to bond and connect on a romantic level. However, in the case of a crush, as the infatuation is ‘unilateral’, you’re just left with the desire and the hope that at some point you’ll manage to capture their attention, although this usually never happens.

When you have a crush, you learn valuable lessons

A crush doesn’t last forever. In fact, it usually doesn’t last more than a year. That’s because, in the face of the lack of reciprocity and progress, your desire and interest tend to disappear. As a result, you learn some hard but valuable lessons.

Your brain, when you have a crush and can’t finalize the relationship, learns from what happened. Triggered by unpleasant feelings of pain, frustration, or embarrassment, it analyzes what happened so it can avoid those negative consequences in the future. In addition, these first ‘loves’ usually take place during adolescence, a time when everything is experienced with greater strength and intensity, so learning is significant.

As you mature cognitively and emotionally and learn from experience, you’re less likely to engage in these kinds of dynamics. On the other hand, if you have a crush and want to establish a relationship, try and stop idealizing them. In fact, try to make the relationship reciprocal or you’ll probably end up suffering. 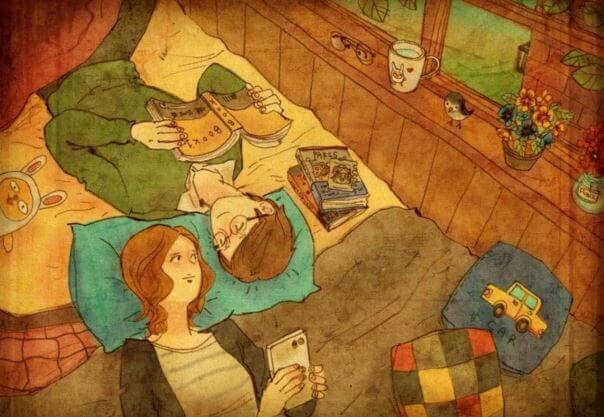 Psychology of Attraction: What Draws Us To Other People
But not only the physical and emotional closeness generated in response we welcome, but needs the combination of other ingredients such as physical attraction Read more »

The post What Happens to Your Brain When You Have a Crush on Someone? appeared first on Exploring your mind.