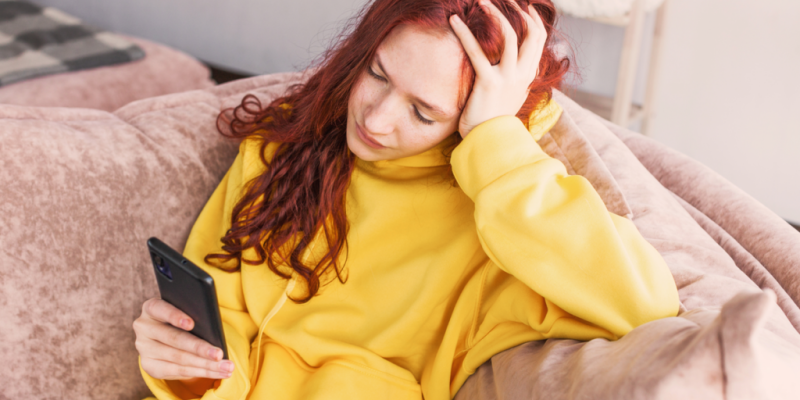 Some people answer your messages but rarely take the initiative and write to you. In other words, they’re reactive but almost never proactive. Your cell phone will never display a notification telling you that they’ve sent you an unprompted WhatsApp message. In fact, they show no interest in the kind of communicative content with you that has no other purpose than sharing information, showing gratitude, or asking for something, for instance.

What’s behind this type of communication? It’s an important question because, right now, a good part of daily interactions take place in the digital universe. In fact, everything that happens there can both shock and worry you, and also make you doubt your relationships. Especially if it’s your main tool of connection.

For instance, in situations when you’re far away from a friend, relative, or even partner, you might become concerned to see how their messages stop arriving. When the flow of spontaneity is lost, when they stop sharing their thoughts, day-to-day photos, and worries with you, alarm bells start to ring in the nuclear power plant of your mind.

The quality of a relationship between two people can be measured by the interaction in their messages. When these stop flowing as much as before or completely stop, there’s always an explanation.

Friends who answer messages but don’t send them

SMS messages are fast. They not only allow you to communicate with each other, but they’re also a channel to express your ideas, feelings, fears, and joys. You send messages to each other to share specific vital moments in your life, fleeting fragments of time with special people. You say things like, “I had a good day at work today.” or “You have to see that movie, I loved it”.

Obviously, you could dial the number of that person and talk to them. However, sometimes you prefer to leave that fleeting message, that thought on the fly, those lines reporting something that’s not particularly important. You’ve become accustomed to this type of communicative dynamic and you can’t imagine living without them.

Data provided by the Pew Research Center (an organization that provides information on problems, attitudes and trends in the world), indicates that the SMS message is the form of communication most used by adults under 50 years of age. Sometimes, we even become dependent on this form of communication.

In fact, you have a tendency to require immediate answers. You can’t tolerate waiting and become extremely concerned if someone stops writing to you. However, what about the people who answer your messages, but don’t write to you on a daily basis?

One of the reasons why someone doesn’t have the initiative to write to you could be due to a lack of interest in you. They respond because they aren’t brave enough to leave the relationship immediately, so they do it gradually.

Semi-ghosting or when they gradually leave you

You might have relationships that, almost without knowing why, become increasingly superficial. They’re people who, when you suggest meeting up, don’t refuse but when you do, the meeting feels rushed and forced. They’re those people who, when you ask them what’s going on in their lives and how they’re doing, they’re quick to answer, but only superficially, without going into detail.

These are the kinds of friendships and relationships in which affection no longer even exists, and neither does sincerity. Indeed, these people lack the sincerity to say assertively that they no longer wish to maintain the relationship.

Instead of expressing it, they let time pass by, resorting to increasingly colder dynamics so that you gradually become aware of what’s going on.

Narcissism: they answer you when you ask them about their life (yours doesn’t matter)

We’ve all known narcissists. People who are only interested in interacting with you when you ask them about their lives.

A message like “How are you doing?” will result in them giving you extensive details about their emotional, work, and existential situation. Furthermore, they don’t hesitate in boasting and telling you how well they’re doing. However, they’ll rarely show the initiative (or the interest) to send you a message and ask how you are.

Friends who answer messages but don’t send them, yet call you

It’s not all negative. Because beyond digital life is the real world, and that’s where the quality of a relationship between two people is really appreciated. For example, you may have a friend who doesn’t like cell phones. They’re the kind of person who values a face-to-face conversation, dinner or coffee together, a walk, a party, or a weekend trip.

You might be a bit annoyed by the fact that they don’t interact with you via WhatsApp, but they probably call you and talk for hours. So, although they don’t write messages to you, there’s no doubt that they appreciate you.

You must recognize your relationships that go beyond the digital world. Appreciate their gestures, their interest in sharing time with you, and their qualities of complicity and trust. Indeed, if these don’t exist on a face-to-face basis, they certainly won’t show up in a text message. 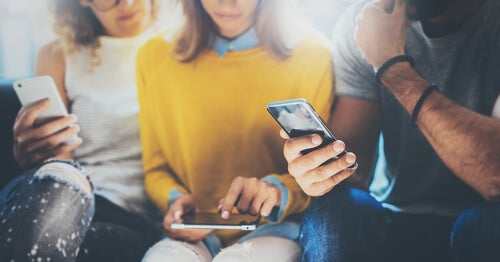 Smartphones – Do They Make Us Stupid?
Technology, and smartphones in particular, makes life easier and more pleasant. We can access more information, do more things in less time, and communicate with more people. But that doesn’t necessarily make us more productive or intelligent. Read more »

The post Friends Who Answer Messages But Don’t Send Them appeared first on Exploring your mind.