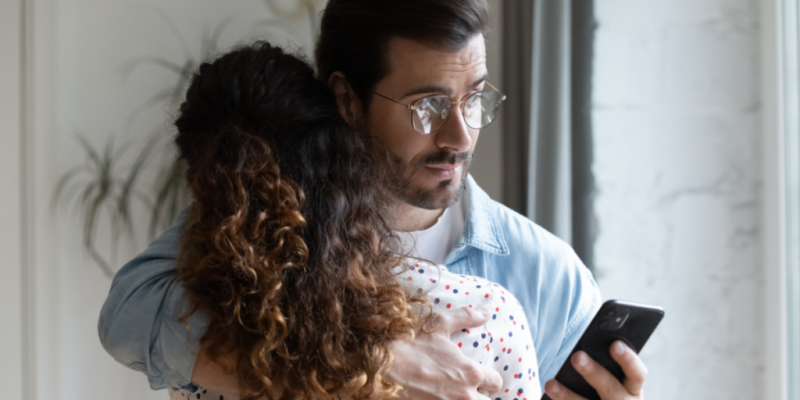 Infidelity in a relationship is often an event of sufficient gravity to break the bond. The psychologist, Melanie Schilling warns that there are cases in which infidelity is disguised as innocent acts. She calls this micro-cheating. Despite its subtlety, the expert warns that it can damage the stability of a relationship.

In this article, we’ll give you some useful information about micro-cheating so you can learn how to identify it. Before we start, we just want to emphasize the fact that, with open and clear communication, it should be possible to avoid situations like this that can cause pain and the end of a relationship.

Infidelity can be understood as the breaking of a commitment. For example, if a person has a sexual relationship with someone who isn’t their partner when the contract between them (implicitly or explicitly) doesn’t allow it, it constitutes infidelity.

That said, there are certain relationships in which members allow sexual relations with third parties but don’t find it acceptable to form any kind of emotional bond with them. Therefore, the meaning of infidelity is different for every couple and depends on the individual agreements they’ve established within their relationship.

As a rule, two types of infidelities are distinguished: sexual and emotional. However, some authors consider that both forms don’t necessarily exclude each other. They suggest that infidelity exists on a spectrum in which there are different ways of being unfaithful depending on certain factors (Blow & Hartnett, 2005).

Starting from this point, the psychologist, Melanie Schilling, developed the concept of micro-cheating to catalog certain behaviors. According to this specialist, they occur when a person in a relationship commits certain acts in order to focus physically or emotionally on another person. They’re characterized by subtle actions that could be unconscious, but can still be damaging to the relationship.

Just as there are different types of infidelity, the same happens with these more subtle, less obvious acts. This form of disloyalty is characterized by secrecy and concealment. Some examples are:

As you can see, these are small acts that, although they don’t constitute sexual acts or emotional connections in themselves, denote attraction or interest. Therefore, micro-cheating can increase attraction to another person and lead to sexual or emotional infidelity.

It’s important for the ‘cheater’ to reflect on the meaning of their actions with the other person. If they want to take the situation further, perhaps it’s best for them to rethink the current state of their relationship. They might want to analyze if the attraction arose because of problems in their relationship, or if they really want something more.

How to handle this situation in a relationship

As we mentioned earlier, if you’re in a relationship, and you’re engaging in these kinds of behaviors, you must think really carefully. If it’s a problem that’s associated with tensions in your relationship, it’s best to talk about it.

On the other hand, if you feel a real attraction for the other person, perhaps the best idea is to get away for a while and think about what you want. In either of these situations, open communication is the healthiest path.

The same applies in the event that you discover that your partner is micro-cheating. Your aim shouldn’t be to accuse and point the finger but to express how you feel about the discovery. You must also maintain a calm and receptive attitude so that your partner can express themselves honestly.

One of the keys to avoiding this type of problem is to establish clear agreements and boundaries in your relationship. With the advent of new technologies and possibilities for interaction, the lines between fidelity and infidelity are becoming increasingly blurred. Instead of assuming that your partner will know that something will hurt you, it’s better to make it clear from the beginning where your boundaries are. Likewise, you must take account of their boundaries and establish agreements based on them.

Finally, you could consider couples therapy to address micro-cheating in your relationship. A professional will help you evaluate your problems and assist you in strengthening the relationship. 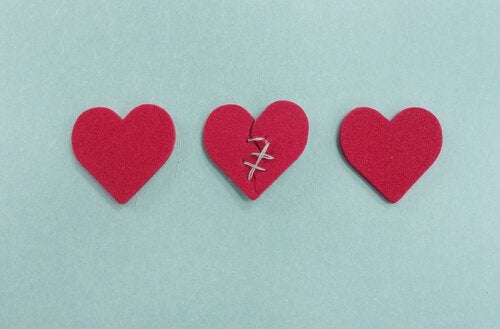 Infidelity: When Love Stops Being Exclusive
Many couples agree to be faithful. They agree to love each other and honor the deals they make. If someone breaks the deal, that’s infidelity Read more »

The post Micro-Cheating is Dangerous appeared first on Exploring your mind.

Five Mistakes That Stop You From Managing Your Work Tasks Efficiently