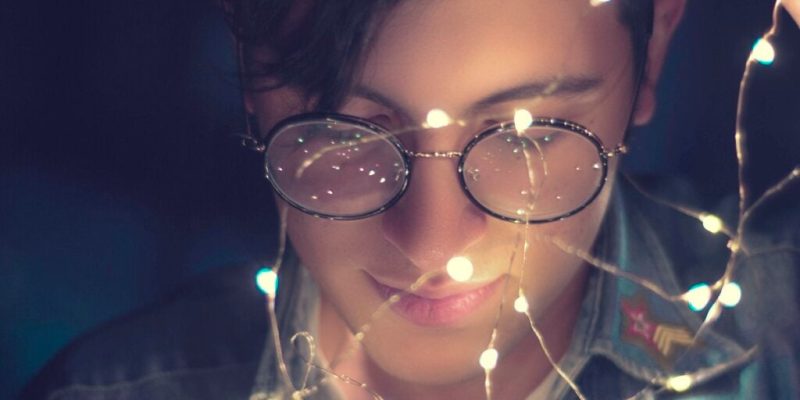 We tend to find intelligent and competent people who are otherwise pretty clueless, to be quite charming. However, there’s a fascinating psychological explanation behind the figure of the awkward genius, that we see portrayed so often on the big screen. This is the Pratfall effect, or how brilliant people win our sympathy by making a few mistakes. It’s a proven phenomenon.

In a movie, when the genius makes a blunder, we start to like them more. The same thing happens in real life. When the typical class know-it-all or dazzlingly knowledgeable classmate trips over or spills their coffee, we find them far more friendly, approachable, and endearing. Indeed, the mistake makes them more human, and also less distant.

Never has making a mistake or stumbling been so profitable. In fact, it’s a well-known psychological phenomenon that’s often exploited intentionally.

Being fallible makes us human. This is sometimes seen as attractive.

The Pratfall effect was coined by the social psychologist, Elliot Aronson in 1966. He did so as a result of a curious experiment at the University of Minnesota in which 48 male students listened to tape recordings of someone answering questions, presumably as an audition for a tv show.

Therefore, the Pratfall effect was defined as the attraction that an intelligent person generates when they’re disadvantaged in some way. This led Aronson to speculate that those who are aware of their high competence can gain more influence by being fallible.

We like celebrities better if they make mistakes in public

One celebrity who’s been seen to slip up in public on more than one occasion is Jennifer Lawrence. Furthermore, she’s sincere and spontaneous. Beyond her artistic skills and her Oscars, she’s also popular for her blunders. They’re a big plus point for her.

Other well-known actors or figures from the world of arts and sciences who are more meticulous and don’t tend to make mistakes aren’t as popular. However, this doesn’t mean that we don’t admire them for their work. It simply suggests that a competent person will be perceived more positively if they allow themselves to occasionally be seen as fallible.

That said, there’s one important nuance. Errors must be occasional and sporadic. If they’re constant, the Pratfall effect doesn’t apply and the figure loses their appeal.

When we meet someone who’s bright, determined, and competent, we’re usually impressed and feel respect for them. We might even feel at a disadvantage. But seeing them stumble and make mistakes changes things. In fact, seeing someone exceptional make a stupid mistake just like the ones we make, generates feelings of proximity and trust in us.

The Pratfall effect is based on social comparison theory. This was proposed by Leon Festinger in 1954. It claims that we evaluate ourselves by comparing ourselves with others. Therefore, seeing someone more determined and competent than us often produces discomfort.

Discovering that this same person makes a mistake, spills the coffee, or stumbles when speaking, awakens our empathy because we identify with them. This reinforces our self-esteem and makes us feel good. We consider that if someone with so many virtues bears some sort of similarity to us, it means that we’re also special.

To err is human

It’s true that making mistakes makes us human. Indeed, there’s nothing that brings us closer to each other than discovering that we all make mistakes from time to time. No matter how brilliant we are, no one is immune to the silliest mistake, accidental fall, and public blunder. This phenomenon is recognized by science, the media, and the most ingenious minds.

As we mentioned earlier, the world of cinema has a tendency to depict the average scientist as a clueless genius. Someone who burns their breakfast with the same ease that they save the world. The Pratfall effect makes these characters captivate us. But be careful, smart people are aware of this phenomenon and can use it to be more influential.

That said, research suggests that there are exceptions. It claims that people with extremely high self-esteem and those with low self-esteem don’t look favorably at the brilliant individual who makes mistakes. They prefer them to be infallible. 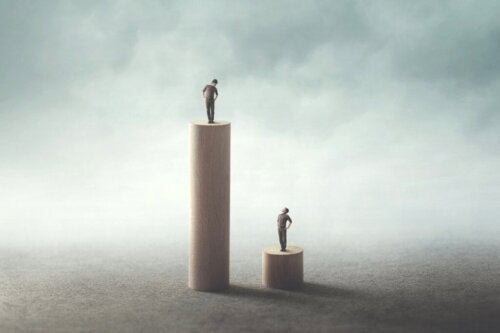 An Experiment on the Affective Consequences of Social Comparison
This 1990 experiment is a test of social comparison. In other words, the feelings that arise when people compare themselves with others. Read more »

The post The Pratfall Effect: Why Imperfection Makes Us More Likeable appeared first on Exploring your mind.