The central trait of a narcissistic father is the denial of their offspring. This means that they don’t recognize the individuality and integrity of their children, but see them only as an appendage of themselves. Therefore, they think they have the right to use and manipulate them at their convenience.

“It is not flesh and blood, but the heart which makes us fathers and sons.”

Here are the main charcteristics of a narcissistic father.

1. They use their own children

A narcissistic father uses their child to fulfill their own dreams, desires, and goals. They see this as perfectly natural. That’s why they dictate the way their children live their lives, regardless of what they want themselves.

Therefore, children of narcissistic fathers get used to asking for approval before doing anything. Their father tells them what profession they should choose, what kind of partner they need, how why should dress, how to comb their hair, etc. Narcissistic fathers believe that they, and only they, know best.

2. They marginalize children who are different

The narcissistic father completely rejects the child who deviates from their orders. In fact, they completely marginalize them. Indeed, for this type of father, it’s unacceptable for their child to think for themselves.

Sometimes they even deny the child is theirs. At other times they might blackmail their child by withholding their allowance when they still depend on their parent financially. They may also stop talking to them for good or humiliate and abuse them in public.

3. They display their child’s achievements

In contrast to what we mentioned earlier, a narcissistic father never loses the opportunity to appropriate their child’s achievements, as long as they coincide with what they want. They’re not proud of their children, but still brag about them when they achieve success.

As a matter of fact, if they’ve previously marginalized a child because they didn’t obey them, they automatically accept them when they obtain certain important achievements. In fact, they’ll gladly accept anything that allows them to self-exalt themselves.

4. They manipulate their child for their own purposes

The narcissistic father frequently uses threats and coercion with their child. They frequently blame them for not being or doing everything they want. Or, they denigrate and humiliate them if they don’t meet their expectations or disobey them. Furthermore, they have no problem insulting or punishing them in public.

The narcissistic father will threaten their children with not supporting them financially if they don’t comply with their orders. As we mentioned earlier, they condition their affection. For example, if their child complies with the parameters they impose, they give them affection. Otherwise, they only offer them coldness or contempt.

Fathers are usually the authoritarian figures in the family and if they’re narcissistic, they take that role to the extreme. That’s why they try to control even the smallest details in the lives of their children and they do it in a rigid way.

For these fathers, any assertion from their child is a threat. If they make an independent decision they see it as an affront. To keep everything under their control, they establish an unquestionable rule for everything. Consequently, in the end, only what they say is done.

As with all pathological narcissists, the narcissistic father lacks empathy. Reality begins and ends within the framework of their own ego. That’s why they don’t understand either the suffering or the happiness of their children and they don’t even make any effort to do so.

It’s extremely common for the child of a narcissistic father to also have difficulty understanding themselves. That’s because their thoughts and feelings aren’t validated, let alone understood. For this reason, they often end up breaking up with their father or adopting a false identity.

The narcissistic father is jealous of their child, often in an absurd way. For example, they get annoyed if their child acquires a hobby that they’re passionate about. This is a sign of their child’s self-affirmation which is why they immediately reject it.

They’re also likely to be hypercritical of their children’s friends or partners unless they’re also able to influence them. In addition, they minimize the role of the mother or are suspicious of their child’s relationship with her.

Those with a narcissistic father can either become rebels, self-sacrificing and long-suffering entrepreneurs, or the appendage their fathers desire. It’s a complex circumstance that most of the time can only be solved in therapy. 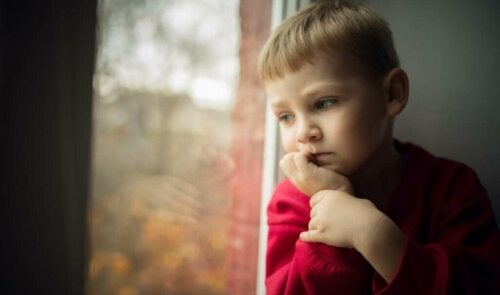 The post Seven Traits of a Narcissistic Father appeared first on Exploring your mind.