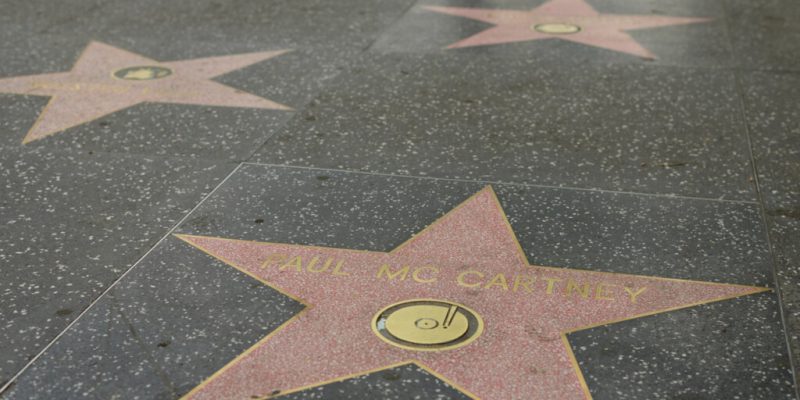 The Beatles remains one of the most popular bands in history. It was founded in Liverpool in 1960, and in just a few years became a reference for rock ‘n’ roll all over the world. Its members’ names are known to all and their songs have become anthems of popular culture.

Some of the phrases from The Beatles that we’ve selected are lyrics from their most successful songs and others are quotes made by individual members of the band. In the latter case, we indicate at the end of the sentence who said it.

The best Beatles quotes and lyrics

Some experts suggest that the band shouldn’t be viewed as creative geniuses but as a creative process. They claim that behind this process were two dominant forces. One was the rivalry that drove its creativity. The second was the nature of the working team behind the band. This suggests that their success wasn’t accidental, nor was it down to luck.

Let’s take a look at some of the best quotes from The Beatles that allow us to connect with the ideas of their songs. Each quote is accompanied by a little anecdote about the band or its members.

In the UK, the band topped the best-seller list with 15 different albums.

2. “Living is easy with eyes closed. Misunderstanding all you see”.

The countries in which the band has achieved the greatest sales are, in order: Australia, Germany, Holland, Sweden, Canada, and Norway.

The Please Please Me album was almost completely recorded in less than thirteen hours. Despite the fact that John Lennon had a cold that day.

4. “When you’ve seen beyond yourself, then you may find, peace of mind is waiting there”. (George Harrison)

George Harrison was nearly left out of the band. That’s because, when it was formed, he was only 15 years old.

5. “Count your age by friends, not years. Count your life with smiles, not tears”. (John Lennon)

Their records were released under three labels: Parlophone, Apple, and Capitol Records.

For a time the band earned the nickname, The Fab Four.

7. “And when the broken-hearted people, living in the world agree, there will be an answer, let it be”.

The band’s logo was designed by Ivor Arbiter.

8. “Take these broken wings and learn to fly”.

Officially, they only produced music for seven years (although the band was together for a total of ten).

9. “It’s being here now that’s important. There’s no past and there’s no future. Time is a very misleading thing. All there is ever, is the now”. (George Harrison)

Their first album spent 30 consecutive weeks on the best-seller list.

10. “And anytime you feel the pain, hey Jude, refrain, don’t carry the world upon your shoulders”.

A rumor circulated in 1966, stating that Paul McCartney had died and had been replaced by another member. The rumor arose from some supposed clues in some of his songs.

Before calling themselves The Beatles, the band was called the Silver Beatles, and before that, the Silver Beetles. The latter name was suggested by Stuart Sutcliffe, the group’s then bassist.

It was at The Cavern Club that Brian Epstein first saw the band play. A short time later, he become their agent.

Decca Records turned the band down at an audition in January 1962 on the grounds that guitar bands were already going out of style.

Their first recordings at Abbey Road Studios were on June 6, 1962.

15. “With every mistake, we must surely be learning”.

Most of The Beatles’ songs are credited to Lennon-McCartney, even though some of them were written by just one member of the band.

16. “If you don’t know where you’re going, then any road will take you there”. (George Harrison)

Ringo Starr was the last member to join the band.

17. “Yesterday, all my troubles seemed so far away. Now it looks as though they’re here to stay. Oh, I believe in yesterday”.

The first semi-professional photographs of the band were taken in Hamburg by Astrid Kirchherr.

18. “Everyone should have themselves regularly overwhelmed by nature”. (George Harrison)

When the band broke up, none of the members were even 30.

None of the band members could read or write sheet music.

Almost all of the band’s songs were a living reflection of the counterculture of the time. This is something that can also be appreciated in all of their quotes.

21. “I realize now that taking drugs was like taking an aspirin without having a headache”. (Paul Mc Cartney)

22. “Get out there and get peace, think peace, and live peace and breathe peace, and you’ll get it as soon as you like”. (John Lennon)

Harrison learned to play the sitar after becoming interested in Indian music. Various aspects of Indian music were incorporated into their later records.

23. “I’m really glad that most of our songs were about love, peace, and understanding”. (Paul McCartney)

In the summer of 1967, the band considered buying a group of islands in Greece to live and compose there. Although they had some meetings with the Greek government, the plans were never carried through.

24. “Limitless undying love which shines around me like a million suns. It calls me on and on across the universe”.

The fifth Beatle was a nickname given to several people, including Brian Epstein and George Martin.

The band’s movie debut was in 1964, with the film, A Hard Day’s Night. The musical comedy was an immediate success at the box office.

26. “Hold me tight. Let me go on loving you. Tonight tonight. Making love to only you”.

The band eventually stopped doing live performances because, among other reasons, the hysteria of their fans prevented them from giving decent performances.

John included his partner’s name, Yoko Ono, as part of his own. He was officially renamed John Winston Ono Lennon.

At the time, fans thought the song, Lucy in the Sky with Diamonds was a reference to LSD.

29. “Love is a promise, love is a souvenir, once given never forgotten, never let it disappear”. (John Lennon)

Almost all the keyboard sounds on the first albums were by George Martin.

In July 1966, the band had a falling out with the first lady of the Philippines. She invited them to a party during their tour, and they didn’t attend. However, before the trip, it’d already been agreed that the agenda didn’t allow it.

The BBC banned several of the band’s songs due to their explicit content.

32. “If slaughterhouses had glass walls, everyone would be vegetarian”. (Paul McCartney)

33. “Show me that I’m everywhere and get me home for tea”. (George Harrison)

The pine planted in Harrison’s honor in 2004 perished in 2014 due to a beetle infestation.

34. “Why are you still crying? Your pain is now through. Please forget those teardrops. Let me take them for you”. (George Harrison)

Ringo Starr was the first of the members to have a great-grandson, in 2016.

35. “Music is like a psychiatrist. You can tell your guitar things you can’t tell people. And it will come back with things people can’t tell you”. (Paul McCartney)

The success of their songs led to countless thefts of Penny Lane and Blue Jay Way street signs.

36. “Since our problems have been our own creation, they also can be overcome when we use the power provided free to everyone. This is love”. (George Harrison)

The first song to achieve smash success in America was “I Want to Hold Your Hand”.

37. “As far as I’m concerned there won’t be a Beatles reunion as long as John Lennon remains dead”. (George Harrison)

“Hey Jude” was originally called “Hey Jules”. It was composed by McCartney to comfort John’s son Julian after his father’s split from Cynthia Powell.

At 2:58 of “Hey Jude”, McCartney can be heard cursing over a mistake while playing the piano.

39. “Cause I’ve been in love before. And I found that love was more than just holding hands.”

Spread over 2.5 acres in Central Park is a place that pays tribute to John Lennon as well as The Beatles in general.

40. “But of all these friends and lovers, there is no one compares with you. And these memories lose their meaning when I think of love as something new”.

At just 1:56 seconds, “From Me to You” was the shortest song to reach number one in the UK charts.

41. “For well you know that it’s a fool who plays it cool. By making his world a little colder.”

In 1990, five minor planets were named after the band (four members and the group itself) by the Minor Planet Center.

An average of 73 million people watched their performance on The Ed Sullivan Show on February 9, 1964.

43. “It’s getting hard to be someone, but it all works out. It doesn’t matter much to me”. John Lennon

In 1965, they all received an MBE from Queen Elizabeth II.

The Beatles wanted to record a psychedelic version of The Lord of the Rings, but Tolkien himself refused.

The original title of the Abbey Road album was Everest.

47. “Life is what happens when you’re busy making other plans”. (John Lennon)

Ringo Starr temporarily left the band in 1968. After a couple of months, he returned.

48. “The reality leaves much to the imagination”. (John Lennon)

The song, “Good Morning Good Morning” was inspired by a commercial for breakfast cereals.

49. “Nobody controls me. I’m uncontrollable. The only one who can control me is me, and even that’s barely possible”. (John Lennon)

Carl Sagan intended to include the song, “Here Comes the Sun” on a record that was taken on Voyager. However, this was denied, despite the band being in agreement.

50. “You don’t need anyone to tell you who you are or what you are. You are what you are!” (John Lennon)

In 1969, Harrison was stabbed multiple times in the lung by an intruder in his home.

51. “I hope the fans will take up meditation instead of drugs”. (Ringo Starr)

The license plate of the car featured on the Abbey Road album cover was stolen several times before the car was auctioned in 1986.

The band recorded a version of “Helter Skelter” that lasted 27 minutes and 11 seconds.

There’s a monument in Mongolia in honor of the band. It’s there because their songs inspired young people to fight for freedom and democracy.

54. “The nicest thing is to open the newspapers and not to find yourself in them”. (George Harrison)

In 1979, three of the four members got together to play at Eric Clapton’s wedding. John didn’t participate.

56. “I really thought that love would save us all”. (John Lennon)

Lennon’s eyesight deteriorated so much that, by the time of his death, he’d been declared legally blind.

One of the many pretexts used for ending the band was the death of Brian Epstein.

58. “We need to learn to love ourselves first, in all our glory and our imperfections”. (John Lennon)

We end these phrases of The Beatles remembering that August 20, 1969, was the last time the band recorded together. Their last song was “I Want You (She’s So Heavy)”.

We’re sure that some of these facts about The Beatles have come as a surprise to you. In fact, maybe it’s time to relive some of their emblematic albums too… 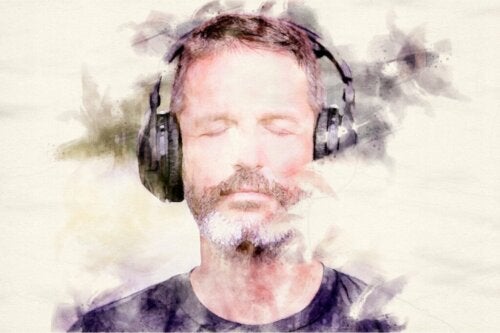 The post 58 of the Best Beatles Quotes and Lyrics appeared first on Exploring your mind.

Positive Parenting and Its Benefits