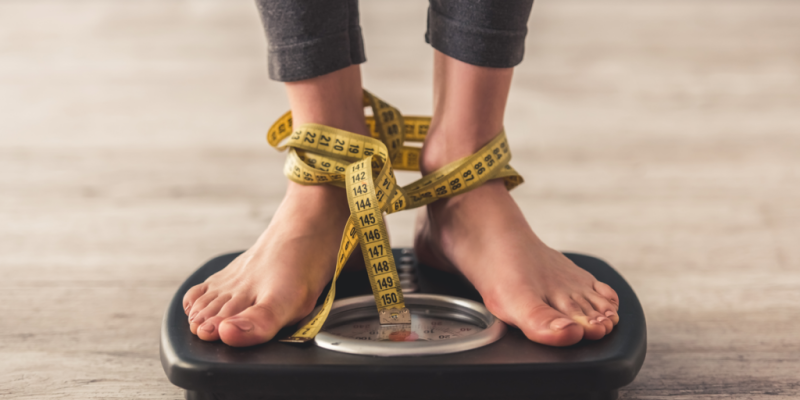 The WHO estimates that around 70 million people in the world suffer from eating disorders (ED). They’re characterized by dysfunctional behavior with regard to eating. They significantly affect the physical and mental health of sufferers.

However, the symptoms extend beyond food. In fact, unhealthy dynamics of emotional management or problem-solving are also often reflected.

The information available about eating disorders has become more reliable in recent years. Nevertheless, misconceptions continue to abound. These misunderstandings generate stigmatization in sufferers and cultivate misinterpretations that make early diagnosis difficult. They also obstruct their care and treatment.

Eating disorders aren’t specific to any gender, age range, or social class. Anyone can be affected by an eating disorder at any time in their lives.

Nevertheless, data has tended to indicate that young women are the most vulnerable part of the population. That said, the National Eating Disorders Association (NEDA) claims that around one in three people suffering from an eating disorder is male.

Women sufferers tend to focus on weight loss based on restricting their food intake. On the other hand, men are more intent on increasing caloric intake to bulk up or increase muscle mass.

2. “Anorexia is the only serious eating disorder”

Anorexia is perhaps the best-known disorder of the group of eating disorders. However, unfortunately, there are many others. Among them are:

Any of them can represent a serious problem and require specialized treatment.

3. “They’re only serious if their effects are visible to the naked eye”

Most people with eating behavior problems aren’t underweight. Therefore, it can’t be determined whether or not a person is suffering from an eating disorder just by looking at them.

This myth is completely false. Furthermore, it’s dangerous. That’s because it suggests that someone who looks ‘healthy’ based on their physical appearance, wouldn’t be experiencing any serious problems. This can aggravate dysfunctional behaviors. In addition, it can prevent eating disorders from being properly addressed.

4. “It isn’t possible to have more than one eating disorder”

Many people with eating disorders go through more than one type of disorder before they recover. For example, they might go through periods of both bulimia and binge eating disorders. It’s also quite common for them to develop anorexia after bulimia or vice versa.

This process is known as diagnostic crossover.

This isn’t the case. Eating disorders aren’t voluntary. They’re physical and mental problems that the sufferer doesn’t choose to develop. Furthermore, their causes are multiple and their development is complex. In fact, biological, social, cultural, genetic and psychological factors all have an influence. At the same time, sufferers usually exhibit a general dissatisfaction with their own body image and sometimes a distorted image of the same.

Someone who’s going through a serious problem with food is in a vulnerable situation. They don’t do it on a whim or to attract attention. As a matter of fact, eating disorders often occur simultaneously with other emotional conditions or pathologies. Among the most common comorbidities are depression, anxiety disorders, social phobia, and obsessive-compulsive disorder.

Evidence indicates that sustained recovery over time can be achieved. Indeed, despite their complexity, and based on an appropriate and interdisciplinary intervention, eating disorders can be overcome.

The type of treatment will depend on each individual as every sufferer is different. In fact, the way in which the eating disorder manifests is influenced by the sufferer’s personality traits, context, and personal history.

However, intervention by professionals in psychology, nutrition, medicine, and psychiatry is usually essential. In addition, the help of a therapist is often required.

At the same time, a good support network (family and friends) is usually extremely helpful. They can help the sufferer develop the emotional effort needed to carry out interdisciplinary treatments and follow-ups for improving and maintaining their overall health. 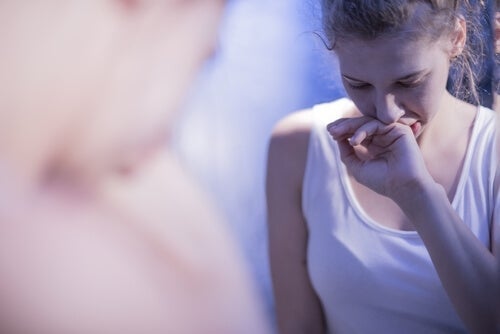 Eating Disorders and Personality
In this article, we’ll discuss the relationship between personality and eating disorders. Read on to learn more about this! Read more »

The post Myths About Eating Disorders appeared first on Exploring your mind.

Summer Insomnia: Why Does it Happen and What Can You Do About It?