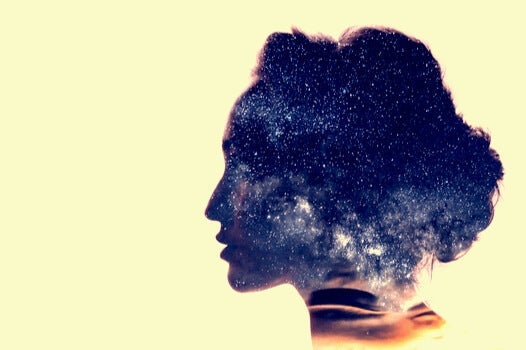 The seventh art has been inspired by many transcendental issues that go beyond mere entertainment. This has meant addressing philosophical questions that have generated doubts even in the great thinkers.

This is a classic. Made in 1968, it’s a movie in which director Stanley Kubrick poses a series of scenarios throughout that’ll certainly make you question whether we’re alone in this vast universe of ours. In addition, the film also presents an interesting journey through the evolution of our own consciousness.

It’ll make you question whether evil and violence are inherent to human beings, as you take a journey through the formation of moral conscience.

2001: A Space Odyssey presents really interesting approaches that invite us to think about the future of humanity. You can even see a glimpse of Nietzsche’s Superman through the ‘Star Child’.

Matrix, from 1999, is without a doubt one of the great works in movie history. In fact, it not only demonstrated important advances in effects and animation but is also considered to be one of the most philosophical films. Indeed, it asks the age-old question, what is life?

Matrix portrays a dystopian reality in which there’s a war between humanity and machines and reality exists only in the mind. When you see it, you’ll probably ask yourself if what we experience and see around us every day is real.

This 1999 Norwegian film shows the disturbing and wonderful world of introspection and self-knowledge of Sophia, a young woman who’s just turned 15 years old.

After receiving a letter with no return address, Sophia embarks on a journey with the philosopher, Alberto Know on a journey through the history of philosophy, to try to answer the question of who she is and how the world originated. It’s an adaptation of the homonymous novel by Jostein Gaarder.

The film explores how myths began to explain natural phenomena, the philosophy of ambiguity, the Allegory of the Cave, and the influence of religion on philosophy during the Middle Ages. It also looks at modern and contemporary philosophy, taking an interesting look at the thoughts and approaches of the great philosophers throughout history.

Another essential movie for philosophy students is The Truman Show. With an interesting plot, this 1998 film shows us the Truman story: an allegory adapted from Plato’s Cave.

The protagonist is locked up, a prisoner without even knowing it, and dominated through fear and feelings of guilt. It’s an excellent movie for analyzing various philosophical positions. It poses the question if the world we live in is real. Also, how much power does it have over us so we ignore what really happens ‘outside’? Who’s the ‘creator’ of it all?

These are just some of the questions that this movie asks.  At the end, we see the power of Eros, who drives the protagonist to break with many of the ideas he’d had up to that point.

A 2010 movie that’ll take you on a journey through the dream world, raising extremely interesting questions along the way. In fact, throughout the movie, you’ll see various philosophical and even psychological postulates that try to explain life.

Descartes’ philosophy is present throughout the film, which will make you question how we know if what we experience is real or not. Doubt is one of the main protagonists of Inception, a fundamental principle of philosophy.

This movie was made in 1967 and is a perfect film adaptation by Luchino Visconti of the homonymous novel by Albert Camus. It’s a window to the despair of the postwar period. At the same time, it could be seen as a critique of the values of today’s society.

The questioning of the identity of the human being is one of the main philosophical attractions of this film. It’s a metaphor for the absurd.

Dated 1982, this film is still relevant today, and it’s a true jewel of cinema that’ll leave you with many questions.

Philosophy, religion, and ethics are some of the topics that are exquisitely addressed within a science-fiction context. Without a doubt, this is a movie you shouldn’t miss if you’re interested in philosophy.

Transhumanism presents us with ethical, moral, and philosophical dilemmas derived from the development of ‘replicants’ (specialized androids), who develop emotions, thus opening the debate about what makes us human.

An interesting film from 1999, which tells the story of a young man who doesn’t find much meaning in his life and is struggling with insomnia that doesn’t let him rest. He meets Tyler Durden, who’s his antithesis, and who shows him another way to approach the world. All this with an interesting twist at the end.

Nihilism is present in the plot. It’s glimpsed through the destruction of submission and the defense of a new vital spirit based on the will to power as the appropriate way to take care of mental health.

Made in 2007, this is a movie that narrates the experiences of Nietzsche from a hypothetical relationship with Josef Breuer, who was one of the mentors of the father of psychoanalysis (Sigmund Freud).

The relationship produces several questions and attempts to explain what life is from different philosophical positions. It’s a really interesting movie.

The crisis of the Middle Ages is lived through the plot, along with the rebirth that falling in love implies, a  transcendental event in the life of anyone. All this is accompanied by some extremely interesting philosophical debates.

Another philosophical movie is this thriller from the year 2000. Memento tells the story of Leonard, who after the tragic death of his wife develops a type of amnesia that doesn’t allow him to form new memories.

It’s an interesting journey through the protagonist’s constant questioning about his own life and those around him. Philosophical issues such as knowledge, identity, and self-awareness invite us to reflect on the artificial and natural world we inhabit.

A 1986 film that discusses the vicissitudes faced by the first promoters of logical reasoning and the understanding of science as a divine gift, not as something antagonistic to God. It’s told via the story of an inquisitor, William of Baskerville, who faces certain secrets hidden in his abbey.

It’s an extremely interesting insight into fear as well as the power of humor as a healing element of the soul.

These are just some of the movies not to miss if you’re interested in philosophy. In each of them, you’ll find interesting aspects to make you reflect on transcendental issues. Furthermore, you’ll learn a little more about philosophy in practice.

Is there any movie that’s invited you to reflect on philosophical issues? What other title would you add to the list?

“Cinema is the biggest and most beautiful lie. We all accept being fooled by a well-told story.”

Entering the Matrix: Does Reality Actually Exist?
The question of whether reality actually exists has often concerned human beings for some time. Are we really living in The Matrix? Read more »