It’s no secret that pornography can give a biased view of sexual relations. However, it’s equally well known that consuming this type of content has become a habit for many -whether or not they have a partner.

With a seemingly limitless appetite, man has been producing and consuming pornography for as long as it’s been available. For instance, the Romans devoured the love poems and ‘adultery manuals’ of the poet, Ovid, 2,000 years ago. While, today, novels about sex such as Fifty Shades of Grey, 365 Days, and After are breaking ever-increasing sales records.

Pornography had its heyday in 1960. Suddenly, magazines on the subject began to occupy the windows of newsstands as well as the most remote corners of private homes. Now, hundreds of pornographic movies and images are on the Internet for anyone who wants them.

Most of the content of pornographic films contains sexual acts and scenes that induce moods and emotions similar to those elicited during casual sex (Hald & Malamuth, 2008). Therefore, it can be argued that the consumption of pornography serves as a substitute for this practice.

2. Because of the emotions it awakens

No one is convinced anymore that romantic comedies are a true reflection of our love lives. Of course, we can recognize ourselves in certain elements and identify with certain situations, but we never believe 100 percent in what happens on the screen.

3. For sexual arousal or pleasure

4. To learn about sex

5. To deal with negative emotions

However, although it might seem like a quick fix for temporary loneliness, at best, it’s a cheap distraction, and at worst, it simply fuels those negative feelings.

While boredom is now described in some circles as a positive state of mind that stimulates creativity, even earning the approval of Steve Jobs, many people prefer to avoid it. Consequently, our digital world has done a pretty good job of providing endless amounts of entertainment and distractions for those who can’t stand a dull moment. 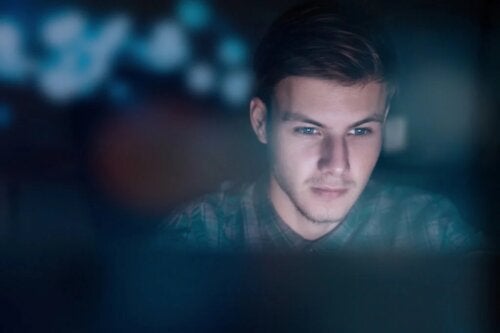