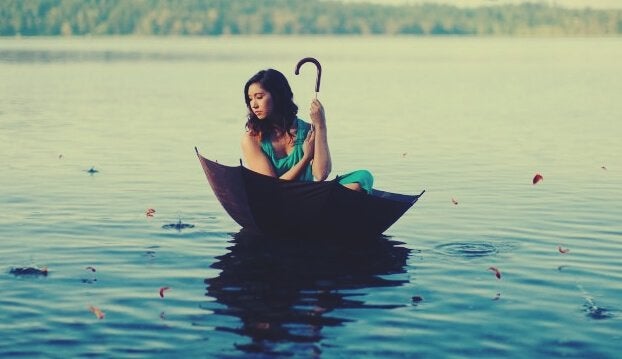 What do you need to get over a bad day? At the movie level, you only require three ingredients: entertainment, suspense, and fun.

When we say suspense, we mean the kind that hooks you effortlessly up to the plot and stops you from thinking about anything else while your brain disconnects from the problems of the day.

We offer you five films with a wide variety of themes, ranging from the superficial to the most absorbing thrillers. So get ready to disconnect from your worries.

This is the perfect movie if you want a story to follow with minimum effort and maximum comfort. It’s a little banal and unimaginative but still appealing in its own way, and a good way of disconnecting from reality for a couple of hours.

Coyote Ugly includes a great deal of music along with the themes of following your dreams and overcoming stage fright. Most of the action takes place in a trendy New York bar.

It’s certainly not an intellectual movie. Furthermore, today it’d certainly be seen as somewhat sexist and is full of clichés. Nevertheless, it still manages to be aesthetically pleasing. The story centers on the life of 21-year-old Violet Sanford, who works at a pizzeria in a small town as well as taking care of her father, Bill (John Goodman).

She makes the decision to go to New York to pursue her dream of becoming a songwriter. However, her stage fright and a robbery in her apartment prevent her from doing so.

To survive, she takes a job at a quirky bar called Coyote Ugly, run by women.

Despite her shyness, Violet accepts the job. At the same time, she falls in love with Kevin, who recommends that she fight for her true dreams.

2. Death on the Nile

Elegant, seductive, with impressive photography and a mystery to be solved on the River Nile. Interestingly, this movie had serious problems in getting released. That’s because the pandemic, Armie Hammer’s cannibalism scandal, and Gael Gadot’s political positions on Israel caused a number of problems.

However, luckily, it was eventually released. It contains a perfect balance of banality, mystery, and entertainment, which means it’s great to include in our list of movies to help you get over a bad day. The pacing of Death on the Nile isn’t perfect, but it’s a Hollywood star-studded mystery with plenty of entertaining twists which makes up for it.

Belgian detective Hercule Poirot’s Egyptian vacation aboard a glamorous river steamer turns into a terrifying hunt for a murderer when a perfect couple’s honeymoon is tragically cut short. The detective must discover the murderer among a cosmopolitan group of impeccably dressed travelers, all with plenty of reasons to have murdered the bride.

Even if you don’t like superhero movies, you must give this one a try. The chaotic joy of the DC universe does something unique in this film: most superhero movies try to build a universe, but this one rips it apart. That’s why it’s a fascinating movie.

The story begins in Belle Reve, the prison with the highest mortality rate in the US, where the worst supervillains are locked up. They’d do anything to get out and end up joining a shady task force in order to reduce their sentences.

The chosen villains are Deadshot, The Joker, Rick Flag, Captain Boomerang, El Diablo, Killer Croc, Slipknot, and the charismatic Harley Quinn. They must go to the remote island of Corto Maltese after their government is overthrown by an anti-American regime.

The team is tasked with destroying the Nazi-era laboratory Jötunheim, which houses the secret experiment, Project Starfish. Will they be able to do it?

Not only should this film be included in the list of movies to help you get over a bad day, but it’s also one of the best in the history of cinema. In fact, Jaws is the kind of movie that you can watch repeatedly without ever getting tired of it.

If you need to disconnect from the world and you haven’t seen Jaws for a long time, there’s nothing like it for immersing yourself in the magic of cinema. Indeed, this movie has a judicious sense of terror that’s made it a benchmark movie in the art of delivering thrills.

When a shark kills a young woman while she’s skinny dipping near the New England resort town of Amity Island, Police Chief Martin Brody (Roy Scheider) wants to close the beaches, but the mayor rejects the idea, fearing that the loss of tourist income will paralyze the city’s economy.

This is an exquisite Spanish-made thriller. While predictable at times, it has enough twists and turns to keep you enthralled until the truth is finally revealed.

Successful CEO, Adrian Doria (Mario Casas) has it all: a beautiful wife, a new baby, and a tech company. However, he finds himself at the risk of losing everything after he discovers himself inside a locked hotel room with the body of his dead lover (Barbara Lennie).

Adrian hires a prestigious lawyer to defend him and, over the course of one night, they work together to find out what happened. This movie, directed by Oriol Paulo, pulls together the loose threads of an alibi of a man accused of murdering his lover, exposing how a single lie can turn into a fully-fledged tragedy.

5 Tips for Improving a Bad Day
Who hasn’t had a bad day? One of those days when you get up and everything seems to be conspiring against you. You run out of soap, breakfast is burning, it rains even though the forecast called for sun. Read more »

The post Five Movies to Help You Get Over a Bad Day appeared first on Exploring your mind.

How to Assert Yourself