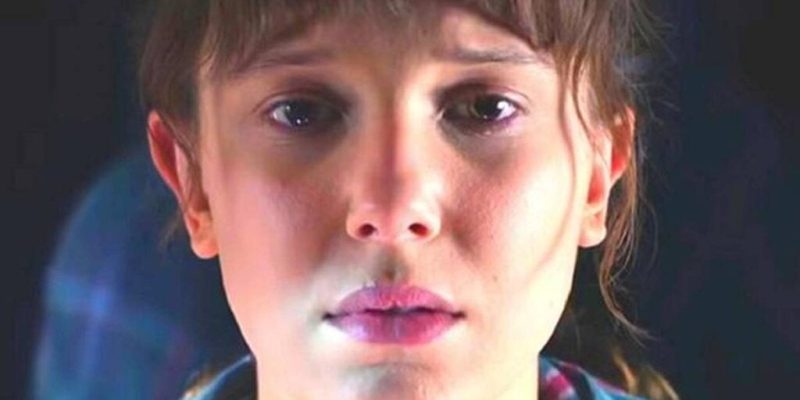 We’ve waited almost three years for the premiere of Stranger Things 4. However, we can say that this delay -justified by production closures due to the pandemic- has been worth it. The children from Hawkins aren’t so young anymore and the plot is submerged in the psychological universe of trauma.

References to the pop culture of the 80s are still the main trademark of its creators, the Duffer brothers. In addition, in this series, more so than in the previous three seasons, through its nostalgic rearview mirror, we see the classics of the horror genre. Indeed, it’s inevitable not to recall elements of A Nightmare on Elm Street, Hellraiser, Dungeons and Dragons, and It.

Stephen King is also represented with a small tribute to another of his works, Carrie. In fact, narratives are borrowed from these horror productions for a reason, not just for nostalgia. It’s because they’re ideal mechanisms for navigating human suffering.

The losses, the feelings of guilt, the traumas, and the evil and unpleasant experiences of adolescents in their high schools are the imprints that the faithful viewer of this series is left with.

“Your suffering is almost at an end.”

Stranger Things 4 moves away from the sentimentality of the previous seasons. Although elements such as friendship, love, and loyalty are still present, the mechanics of each episode are becoming increasingly darker. In fact, we quickly discover that a number of characters haven’t yet overcome the dramatic events of the previous season.

We also witness that Eleven (Millie Bobby Brown) continues to have adjustment problems. It seems her adolescence will be no less complicated than her childhood. School is torture for her: “Everyone looks at me like…like I’m a monster,” she says. She’s lost her powers and her adoptive father and, as if that weren’t enough, the distance between her and Mike (Finn Wolfhard) makes her question if he still loves her.

We could say that ‘high school terror’ is the first trigger of the plot. In Hawkins, a wave of murders is unleashed orchestrated by a sinister figure: Vecna. This creature resides in the familiar ‘Upside Down’. It’s a being that thrives on the guilt of the young. It draws them into its darkness by promising them something that most teenagers yearn for: to stop suffering.

If we had to single out one outstanding character from Stranger Things 4, it would probably be Max (Sadie Sink). After witnessing the death of her stepbrother Billy (Dacre Montgomery) it’s clear she’s traumatized. Furthermore, she feels tremendous guilt that she did nothing to help him.

Over several episodes, we see her isolating herself from her circle of friends. She also avoids any psychological support and insists that she’s okay. However, she has trouble sleeping, can’t concentrate, is constantly in a bad mood, and has flashbacks about Billy’s death. The symptoms of depression and post-traumatic stress disorder are obvious.

In the “Dear Billy” episode, we see her performing a well-known therapeutic technique. She writes a letter to Billy to try and reconcile with him. Indeed, the pain and the weight of her guilt make her an ideal victim for Vecna.

Vecna: feeding on the suffering and regret of others

Vecna, was originally a human, Henry Creel. Throughout Stranger Things 4, psychological doors are opened and we eventually discover his true identity. We might say that he’s the quintessence of all the villains of classic horror movies. An original combination between Freddy Krueger, Pennywise, and Hellraiser.

The Master of the Spider Throne or the Undead King, as he’s known in the Dungeons and Dragons role-playing game, is actually of human origin. This detail is the cornerstone of the entire plot. The creature has evolved to become an entity geared to feed on the suffering and repentance of young people, which is perhaps what attracts the most interest in the viewer.

We get to know Vecna ​​in his childhood, a boy with clear signs of future psychopathy. He’s hermetic, has little empathy with his family, and tortures animals. He only has an affinity for spiders, more specifically, black widows. We’re definitely facing more than a simple extradimensional monster here. In addition, his bond with Eleven is key.

Eleven, back to the laboratories of Dr. Martin Brenner

Since psychological traumas are the main thread of Stranger Things 4, we must talk about Eleven. Her life is far from stable. In an attempt to recover her powers, the young woman falls into a trap. She ends up back in the lion’s den, the experimental laboratories of Dr. Brenner.

Not only will we once again see her subjected to the tests of the ruthless scientist whom she calls ‘dad’. She must also deal with the vestiges of violent images lodged in her mind since her childhood. They involve the brutal murders of all his laboratory partners. An act for which, apparently, she was responsible.

We’re again witnesses of the experiences of the NINA project. However, we shouldn’t forget that this type of experiment had its origins in reality. Indeed, the CIA started the so-called MKUltra project in 1950. Their aim was to investigate possible mind control techniques so they could have an advantage against Russia in the Cold War.

These secret programs used dozens of Americans without their permission. Using LSD, they tried to delve into telepathy, remote viewing, telekinesis, etc. The experiment was apparently shut down in 1977.

Stranger Things 4 and the continued fight against monsters

Stranger Things 4 is presented to us in two volumes. It seems that Netflix wanted to make a change and decided to extend the tension and make us wait a few weeks for the ending. Certainly, in volume one, the psychological narrative has been more distressing than ever.

The mentality of traumatized individuals floats in the air. They’re accompanied by many demons that must be defeated. However, we also see the old magic in the lovable characters of fallen high school idol Steve and the fantastic Dustin (Gaten Matarazzo).

Let’s hope that, in volume two, friendship and love will hear the scars and turn the group of teenagers into a family who’ll triumph once again. There can be little doubt it’ll be a definitive adventure. 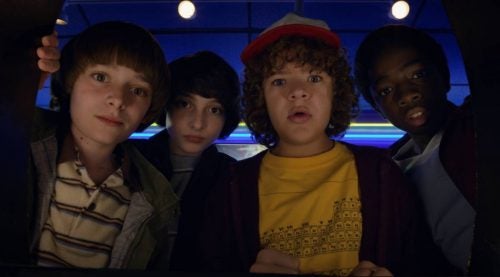 The post Stranger Things 4: A Journey into the Depths of Psychological Trauma appeared first on Exploring your mind.