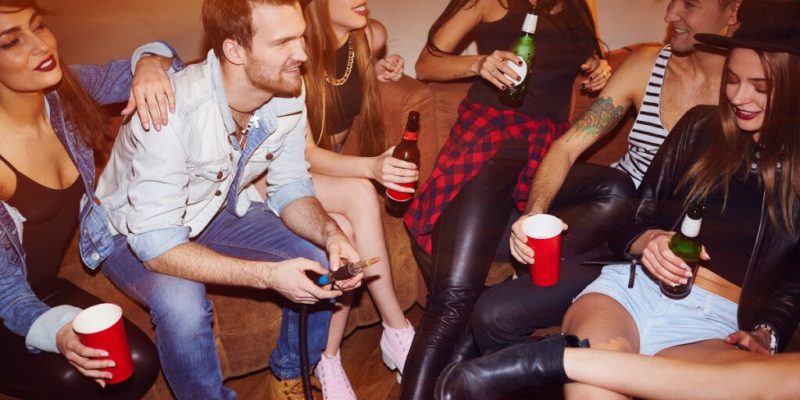 Drunkorexia is an alteration of eating behavior. It occurs most frequently in young university students and manifests itself mainly at the weekend. During that time, and given that their objective is to consume alcohol during their leisure hours, students decide to restrict their food intake. In that way, they have more control over the number of calories they consume.

We’re facing borderline behavior here that’s both disconcerting and worrying at the same time because it’s on the rise. In fact, what began as a practice among university students is now also spreading among the 25 – 35-year-olds.

It was just over a decade ago that the New York Times first described and named this practice. Nevertheless, drunkorexia isn’t currently classified as a clinical category or disorder in any diagnostic manuals. However, it’s clear that it’s a kind of eating disorder (ED). Indeed, experts warn of the need to pay attention to this increasingly frequent phenomenon.

Definition, characteristics, and causes of drunkorexia

Drunkorexia is an alteration of eating behavior. The person who suffers from it replaces calories from food with calories from alcohol. It isn’t a clear form of alcohol addiction, nor is it an ordinary eating disorder such as bulimia or anorexia. In fact, it’s another phenomenon entirely that requires attention, analysis, and prevention measures.

In 2020, the University of Huddersfield (UK) conducted research in an attempt to understand this practice. The researchers wondered if, in fact, it’s an exclusive custom of university students and what could be its motivators.

They discovered that, in reality, drunkorexia is a growing trend that goes beyond the student community. Low self-esteem and sensation-seeking seem to be two of its triggers. There are also more variables that we should know about.

The main characteristic of this practice is to restrict food during the weekend, with the idea of replacing calories from food with those from alcohol. In other words, the objective of drunkorexia is weight control. Another motivation is to enjoy the alcoholic beverages themselves and the social context surrounding their consumption.

Drunkorexia has a serious impact on an individual’s health. More particularly, if the practice extends over time and becomes a habit. This is because:

The culture of thinness

For decades, we’ve lived in a culture in which the tyranny of the perfect body and thinness as the only form of beauty reigns. Social media is a mirror in which young people look at themselves daily to compare and also judge themselves. This leads to practices that are increasingly harmful as well as sophisticated.

In 2018, the University of Southern California published an article on drunkorexia. It proposed including a new diagnostic category, that of food and alcohol disturbance (FAD). It’s clear that we’re facing a really serious problem here, in which two clinical spheres are combined: alcohol consumption and an eating disorder.

In cases of drunkorexia, the sufferer should visit a doctor to be referred to specialized centers. Multidisciplinary care is required to attend to the disorder from the psychological, nutritional, and medical levels. However, those who suffer from this problem don’t usually seek help until they’re highly malnourished and addicted to alcohol.

Each patient requires an individualized treatment plan. These programs are made up of doctors, psychologists, nutritionists, and other therapists who provide the necessary support. Consequently, they’re able to rebuild their own lives and adopt new and improved daily habits.

Expert help should always be sought in these cases. 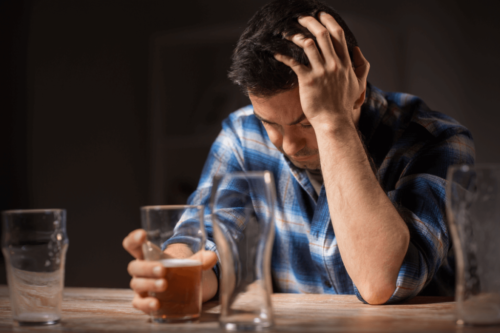 Drunkorexia: What is It?
Drunkorexia means restricting the calories in food to make room for those in alcoholic beverages. Learn more about this disorder here. Read more »

The post Drunkorexia: Substituting Alcohol for Food appeared first on Exploring your mind.