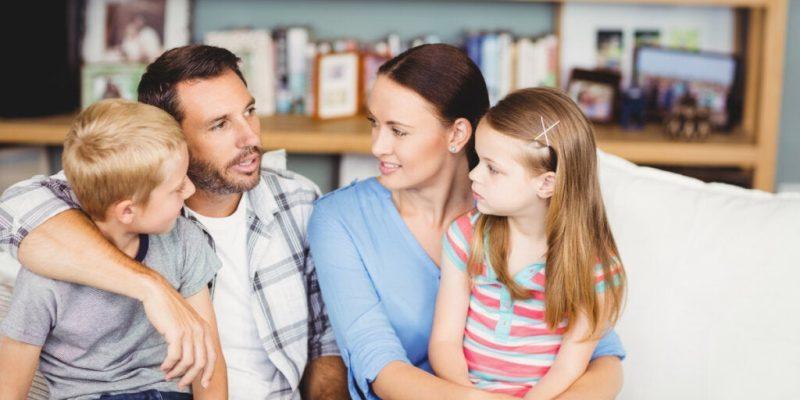 The family environment in which you grew up and the parenting style you received shaped you. They affected the attitudes and values you developed, the image you created of yourself, and the way you learned to relate to others. However, each educational style has its benefits and drawbacks. For this reason, today, we want to explore how growing up with conservative parents affects their children.

Naturally, this information is relevant if you have children or plan to have them. Indeed, it’s important to be aware of how your actions will influence their lives. That said, it’s also extremely useful for you in understanding yourself as an adult. For example, if you were raised by conservative parents, this may have left an imprint on you.

It’s not easy to make a single and well-defined definition of conservative parents, since they can differ in important aspects of personality and upbringing. However, they’re characterized by valuing and respecting traditions, the hierarchy of age, and morality. They transmit these ideas to their children.

We usually associate conservative people with certain political and religious ideologies, but these aspects don’t always go hand in hand. In essence, being conservative implies a certain reluctance to change (personal and social) and a firm conviction that conventional morality is the most appropriate.

These bases can manifest themselves to a greater or lesser degree and in extremely different ways. Consequently, not all conservative families are equally authoritarian, demanding, or uncompromising. Nevertheless, there are certain commonalities that tend to affect their children’s education.

The pros and cons of growing up with conservative parents

Today, conservative families might not seem like good growth environments. However, they actually have certain advantages and positive qualities for children. Among them, the following stand out:

Although we normally associate conservative parents with strict parenting, some research has found that they tend to be affectionate. In fact, firmness doesn’t seem to be at odds in these cases with affectivity. Affectivity forms a central part of the relationship between parents and children. It’s expressed through words of encouragement, physical contact, and frequent expressions of affection.

Within traditional values, respect is one of the main pillars. Thus, children who grow up in these environments generally learn to be polite and kind and to relate appropriately to authority. In addition, they’re instilled with an attitude of appreciation and admiration for older relatives. This allows for a really rich generational exchange.

The ability to be responsible, hard-working, and persevering can also be enhanced by growing up with conservative parents. Consequently, they usually learn to take charge of their responsibilities, fulfill their school and home obligations, and accept the consequences of their actions.

These types of parents are usually good at enforcing boundaries as their children grow. Indeed, they’re more likely to delay, restrict, or supervise the use of technological devices or the amount of time they allow their teens to go out. In addition, they don’t believe in allowing their children to grow up too early and advocate living each stage of growth at its appropriate time.

The sense of belonging

One great value of a family of this type is that it’s possible for children to develop a greater sense of belonging. That’s because the traditions, rituals, and shared time give rise to great family cohesion. This fosters a real sense of group identity.

The cons of growing up with conservative parents

Unfortunately, it’s not all advantages. In fact, there are various practices and attitudes in this type of family that can be extremely detrimental to the emotional development of children. The following are worth a mention:

Despite being affectionate, it’s likely that this type of parent mishandles their child’s emotional expression. They consistently seek obedience and respect. Therefore, they often view tantrums, expressions of anger, disagreement, or disgust on the part of their children as intolerable. In fact, instead of empathizing and understanding them, conservative parents will scold, punish, and repress them.

Lack of freedom in the formation of individuality

Conservative parents expect their children to adhere to certain values and expectations. This means they don’t usually allow the free formation of their individuality. As a matter of fact, they believe that their children’s attitudes must be similar to their own. This includes their children’s vision of life and any future plans.

Furthermore, depending on the degree of conservatism, it may be frowned upon in the family that a son wants to be an artist, a daughter wants to work and remain single, or one of them has an ideology or a religious position different from the family.

Linked to the above, conservative families can become intolerant regarding certain aspects. This is an attitude that may cause high levels of damage. For example, if a child has a different sexual orientation than the norm.

Conservative parents may transmit these ideas to their children, who then develop racist, sexist and homophobic thoughts. Again, this doesn’t necessarily happen in every case, as every family is different.

Some research has discovered that conservative (specifically religious) families more often use physical punishment as a means of correction. This is in tune with the search for obedience and the establishment of hierarchical and vertical relationships that prevail in these family environments.

The negative effects of physical punishment on children are well known and documented. It can have important emotional consequences.

Children adopt the same attitudes as their conservative parents

As a last point, it’s worth mentioning that growing up with conservative parents makes it more likely that children will end up adopting similar attitudes. This is evidenced in some research in which it was observed how children tend to identify with and introject the same-sex parent’s attitudes.

In short, it’s up to each individual family to choose the educational style that they wish to apply. However, it’s important to be aware of how that choice can affect their children and the future adults they’ll become. 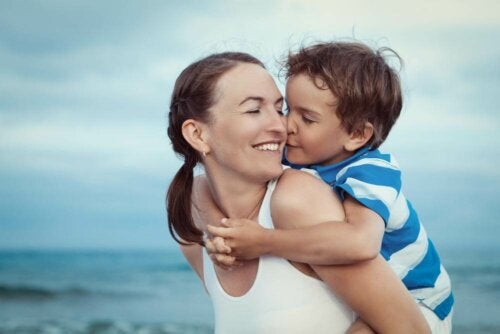 Are You Following Your Own Parents’ Parenting Model?
The choice of your parenting model must be an informed and conscious decision, not just the repetition of your own parents’ patterns. Read more »

The post The Pros and Cons of Growing up With Conservative Parents appeared first on Exploring your mind.