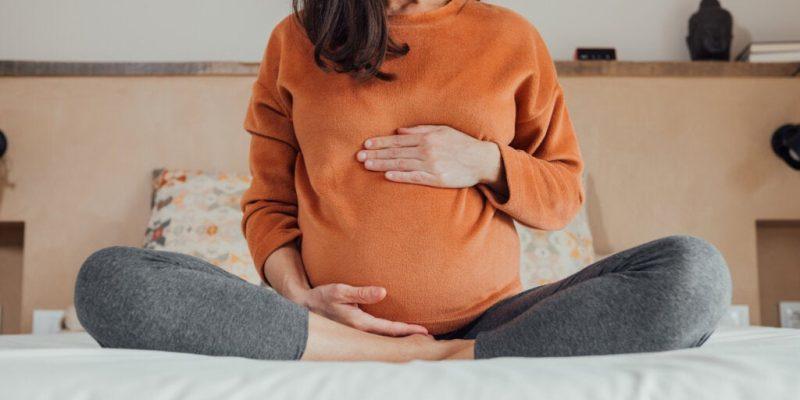 Psychologists and doctors have long been interested in the kinds of skills that are established before birth. Their research has meant that for a few decades now, what happens inside the mother’s womb during the development of the fetus has ceased, at least in part, to be a mystery.

At birth, many babies exhibit abilities that can’t be explained by mere imitation or as a response to certain reflexes. For example, those concerned with obtaining affection and care from their environment.

In addition, they also possess a range of skills to obtain stimulation without endangering their survival, along with observation and attention skills. Therefore, we can say that, during the time spent in the womb, the fetus is, in certain ways, already learning.

Pregnancy: a period of learning and emotional attachment

The beating of the mother’s heart and the sound of her intestines are the first sounds that the baby hears. However, the child and mother aren’t only connected through the senses.

In fact, when a pregnant woman laughs out loud or gets angry and her blood vessels constrict, her child experiences something similar. That’s because they’re connected to her through the placenta and umbilical cord.

Due to the physical unity, the mother influences their child’s development far more than the father in this period. How they live, what they eat, and how they feel all affect the baby, especially their developing brain.

The more immature the organism, the more sensitive they are to external influences. It’s like learning a language. The younger you are, the faster you learn it. In fact, because the fetus, is so receptive during pregnancy, researchers speak of the process of ‘fetal programming’, a hypothesis formulated by Barker in 1980.

This programming consists of an adaptation process. The hypothesis claims that some environmental factors and nutrition alter the developmental pathways in the prenatal growth period.

During fetal programming, the brain is formed, hormonal control circuits are adjusted, and gene reading is adapted in such a way that certain character traits are already in process at birth. This could influence postnatal metabolism and susceptibility to certain diseases.

According to this hypothesis, whether a baby tends to be quiet or active, and whether they drink a lot or a little depends, in part, on their time in the womb. Indeed, many midwives claim that how a baby is at birth predicts their later character.

However, there’s still a long way to go, as there could be other factors and aspects that influence the development of different diseases.

Skills that are established before birth

Research on neonatal cognition is a really recent development compared to the long history of research on infant behavior. Nevertheless, the last sixty years have provided a great deal of evidence about the many abilities of babies.

It’s plausible that, although their senses aren’t as acute as those of adults, newborns have some means of forming a coherent but incomplete representation of objects, events, and people.

Indeed, newborns may be endowed with a large collection of cognitive predispositions that enable them to extract and represent invariants in their environment. This status of the ‘competent baby’ is largely due to the development of two techniques. These are the preferential gaze technique and the habituation technique.

1. They pay attention to the sounds of their attachment figures

Newborns can recognize familiar voices and melodies. As a matter of fact, by the end of gestation, they already pay attention to the sounds they hear. How do we know? It’s thanks to the advancement of techniques such as ultrasound.

In fact, in several studies, researchers have used ultrasound to see how babies respond to sounds. For example, when infants hear their parents speak, they temporarily ‘quieten’ and slow down their body movements for several seconds (Voegtline et al 2013; Marx and Nagy 2015).

2. They can recognize the voices of their mothers

In experiments conducted just 12 hours after birth, researchers presented babies with audio playbacks of the same story. One was narrated by a stranger and the other by their own mother.

Each baby was given a pacifier to suck on. If a baby wanted to keep hearing a voice, they simply needed to keep sucking. To stop a story, babies had to pause sucking for two seconds or more.

As expected, it took a few minutes for the babies to realize this. However, once they did, they showed a clear preference: they spent more time listening to their mother (DeCasper and Fifer 1980)

In one study, researchers asked pregnant women to listen to recordings of the song “Twinkle, Twinkle, Little Star” several times a day. Shortly after delivery, the researchers sang the song to the babies and measured electrical activity in the newborns’ brains.

In addition, the researchers evaluated a control group. These were newborns who hadn’t undergone prenatal music sessions. The results showed that The ‘Twinkle Twinkle’ babies showed neural signs of being familiar with the melody. Babies in the control group didn’t demonstrate any signs of recognition (Partanen et al 2014).

This is consistent with previous observational research indicating that infants can recognize the theme songs of their mothers’ favorite television shows (Hepper 1991).

4. They can select individual words from a speech stream

How do they do this?  The researchers pointed to two pathways as being likely.

Newborns aren’t getting carried away with language, their brains are merely trying to make sense of it. They also do something else that helps them learn. They pay special attention to the slow, repetitive, melodic register that we use when we speak to them.

In fact, experiments have shown that babies are attuned to this particular way we talk to them. There’s a good reason for this. It’s because it’s more difficult to make sense of speech when it’s rapid and monotonous.

Therefore, when we speak more melodically and vary our tone, we’re better able to capture the attention of a newborn.

5. They try to decipher the visual world

Young babies can’t see too well. Indeed, their vision is blurry, and they’ve not yet developed good depth perception. Nevertheless, newborns are extremely interested in visual stimuli, particularly sights that suggest the movement of a living thing.

For example, the attention that newborns pay to the movement of a set of dots will depend on what pattern the movement of those dots follows. If each dot moves in a random way, the babies will be less interested. On the other hand, if they all move together in the same direction (what scientists call ‘point-light biological motion’), the newborns will really notice (Bidet-Ildei et al 2014). 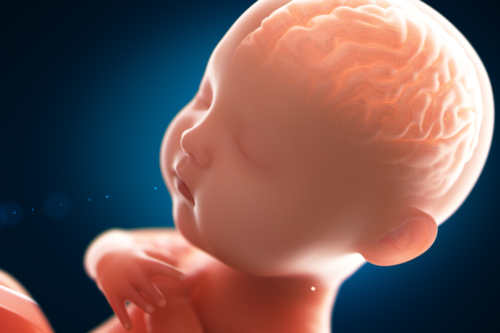 From Before Birth to Four Years is the Most Decisive Phase For the Brain
The first years of life are a decisive phase for the brain. As a matter of fact, difficulties during this stage can have long-term effects. Read more »

The post Five Skills That Are Established Before Birth appeared first on Exploring your mind.