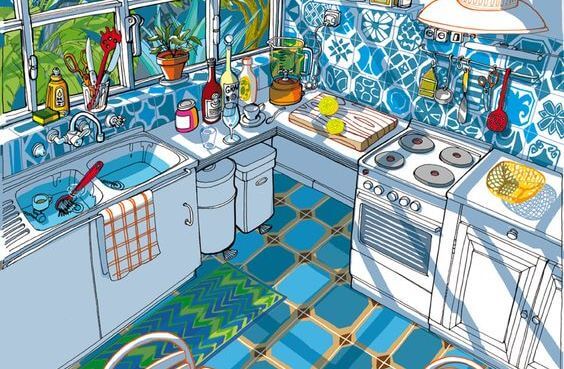 “My partner helps me with the housework”. To our despair, we keep hearing this age-old and now rusty expression. It’s one with an implicit gender categorization that needs reformulating. That’s because, in a house, no one should help anyone, because what exists is a common responsibility. It’s all about teamwork.

In our society today, despite certain advances, changes in mentality, and achievements in terms of gender equality, the roots of the patriarchal model often prevail. It’s a hidden shadow that persists in many minds or in the inertia of a language, where the idea that the man provides and the woman manages a home and children remains.

Today, thinking that the responsibility for household chores and raising children is the exclusive responsibility of women, is outdated. It’s a vestige of a past that no longer holds -or at least, shouldn’t do. However, it’s not necessary to defend at all costs an equitable distribution of 50/50.

After all, we must bear in mind that each couple is different. Indeed, each house has its own dynamics and its own members who’ll establish the distribution and responsibilities based on the partners’ respective availability. Undoubtedly, factors such as work determine these agreements. Nevertheless, they must always be managed in an equitable, complicit, and respectful manner.

Times have changed (at least, a little)

Times have changed. We’re different people, braver and with many more challenges than our grandparents. At least, that’s what we want to believe and that’s why we keep fighting. However, there are huge bridges still to cross. For instance, issues like the salary gap and equal opportunities are factors that still carry the stigma of gender. Complex struggles that women continue to wage.

When it comes to the responsibility of a house, housework, and child care, progress in terms of equality has been significant. Nonetheless, it’s clear that each person will have their own personal experience. Furthermore, in each country, city, and home, there’ll be particular realities that condition people’s vision on the subject.

The Reuters agency published an interesting study a few years ago entitled “Husbands create 7 hours of extra housework a week”. This suggested that inequality in household chores was still evident.

While a few decades ago women fully assumed their role as housewives, today their figures have crossed the line from the private to the public sphere that was previously inhabited exclusively by men. However, sharing the same spaces doesn’t always imply equal opportunities or equal rights.

Domestic tasks aren’t the heritage of anyone, in fact, they’re completely interchangeable. For instance, ironing isn’t necessarily a woman’s job just as fixing the sink isn’t a man’s. As a matter of fact, maintaining a house, whether in the economic or domestic area, is a matter for those who live under that roof, regardless of their sex.

The curious thing about all this is that even today, we still hear phrases like “My husband helps me at home” or “I help my girlfriend wash the dishes”. However, could it be that this is due to force of habit and that the ironclad patriarchal scheme where every task is sexualized in pink and blue doesn’t really exist?

Daily agreements and balance bring harmony to a domestic routine where it’s all too easy to resort to criticism. Where partners find themselves complaining “You don’t do anything”. However, agreements made shouldn’t be down to equity or gender role, but on the basis of logic and common sense.

For instance, if your partner works all day and you’re unemployed or have freely chosen to stay at home to raise your children, you shouldn’t expect them to cook your dinner and shop for your clothes. Likewise, caring for a child isn’t just the responsibility of one partner. Mom shouldn’t be required to be a ‘supermom’. A child is the responsibility of those who’ve chosen to have them. Furthermore, both partners must serve as models for them. For example, by showing them that the kitchen is nobody’s sole kingdom.

The making of the beds, taking care of the dog, and looking after the home isn’t just helping mom or dad, it’s everyone’s responsibility.

Gender equality starts in the home

Every home is different. A couple without babies will have less housework than one with them. A partner who doesn’t work will have more time than another who does. Thus, in each household, the distribution of time should be organized according to what’s convenient for both partners.

In the first place, it wouldn’t be a bad idea to make a list of things that you like to do and another of those that you don’t. If one of you likes to cook and the other prefers to clean, no more needs to be said. In fact, many couples share household chores according to their tastes, and both are happy. Problems occur when one of the two (or both) doesn’t like doing anything or doesn’t want to do anything. In that case, the best idea is to organize a weekly rota in which tasks are alternated and shared.

None of the household chores corresponds by nature to either of the two sexes. Therefore, in that sense, the discussion is settled. Nonetheless, we mustn’t forget that sometimes one of the partners works and the other stays at home. In this case, the distribution doesn’t have to be equitable. For example, if the one who works is out of the house for eight hours, the other will have more time to do more tasks.

There are two important things to remember in the distribution of tasks. Firstly, both sexes are perfectly capable of doing any task. Secondly, the chores should be organized with common sense, depending on the time and availability of each partner. 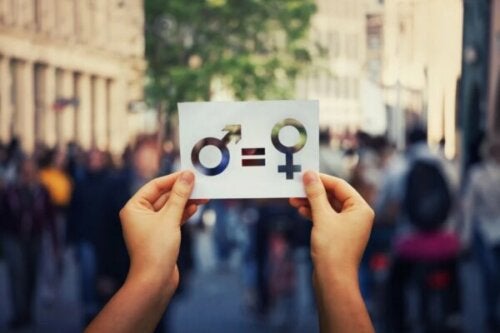 Gender Equality: Ten Inspiring Sayings
We still have a way to go before gender equality is achieved worldwide. Here are ten inspiring sayings from famous people on this subject. Read more »