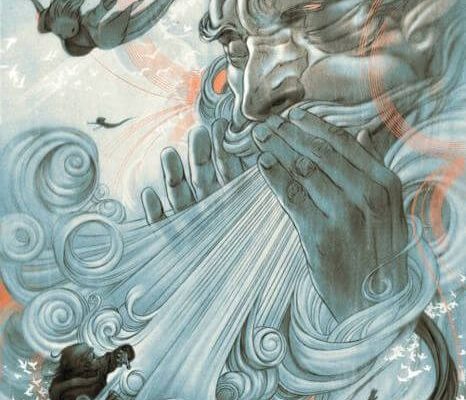 However, in the new forms of family, the father might be conspicuous by his absence. Alternatively, he may be the mother’s rival. In a few cases, he may be both father and mother at the same time. Finally, and sadly, there are many instances when the father is the source of abuse in its many different forms.

The origins of the bond with the father

A father is often seen as a contradictory figure. He’s the husband of the mother which has different effects and meanings for everyone.

Between the father and mother, they distribute, consciously and unconsciously, the place that each of them will occupy in the lives of their children. This is a complex combination of decisions that are dependent on many factors and that aren’t always positive.

Most mothers would probably say that they don’t want to bring up a child alone. That’s where the father comes into play. It’s he who must complete the triangle, the relationship that gives solid support to the family.

However, some mothers don’t accept that they need anyone else to help them in bringing up their children. In fact, they want to be the only source of support for them. To be everything to their children. In turn, the children are everything to them. Nevertheless, the only way they can achieve this is by excluding the father. It can also often happen that the father himself is deaf and blind to the need that he should occupy a place in the lives of his children. In this case, he refuses to take part in something in which he forms an integral part.

Then, there’s the case of the father who wants to be everything to his children at the exclusion of the mother. In fact, his intention is basically to annul the existence of the mother and make the children a simple extension of himself.

Different types of conflict between the children and the mother may arise from the differing forms of relationship between the father and the mother. For example, the traditional father may end up becoming simply a disciplinary figure. His role is to set rules and boundaries, and he acts as a kind of last resort judge. Nonetheless, if the mother acts accordingly, this kind of situation won’t necessarily cause any major confusion.

On the other hand, if the mother assumes an opposing role, things get complicated. For instance, she may end up being permissive and too lax, while the father either becomes a tyrant so as not to lose his place or nullifies himself in order to avoid conflict.

The enmity between the mother and the father ends up being transmitted to the children, who are forced to choose a side and act accordingly. Consequently, they become filled with feelings of anger and guilt that strictly speaking, don’t belong to them.

An abusive father requires a permissive mother. As a matter of fact, she may even behave like his daughter and not his wife. Furthermore, there’s no other adult around to limit this kind of behavior. This type of father creates terror during their children’s lives which often changes to anger during adolescence.

Such authority stems from the father’s own whims or fears and not from a healthy desire to educate their children within reasonable limits. That’s why their authority is severely questioned and undone when the child becomes an adult.

Sons and daughters feel that confronting an arbitrary father is a way of showing solidarity with their mother and demonstrating their love for her. However, without a consistent parent, children can also end up being tyrannical and abusive in their relationships with others. Or, they may become victims.

When resentment and anger take over the relationship with the father, children go through life with strong doubts about where the limits of their actions are. They experience difficulties in recognizing their own worth and have to overcome great fears before they attain any achievements.

Finally, if you feel that your father is your enemy, you’ll undoubtedly find a catalog of problems in the background between him and your mother. You need to overcome this situation. The best thing to do is to learn to differentiate which of these conflicts really concern you, and which have nothing to do with you.

In any case, it’s always healthy to learn to accept your father as he is and stop thinking about that ideal and fictionary figure you wish he resembled. After all, despite his many mistakes, he’s given you the greatest gift of all – life. 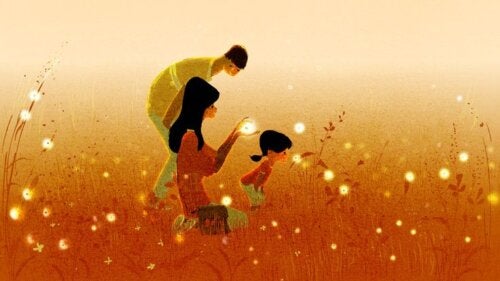 Do Fathers Need Psychological Training?
Do fathers need psychological training? In reality, there’s no degree from Harvard that can make you the best father in the world. Read more »