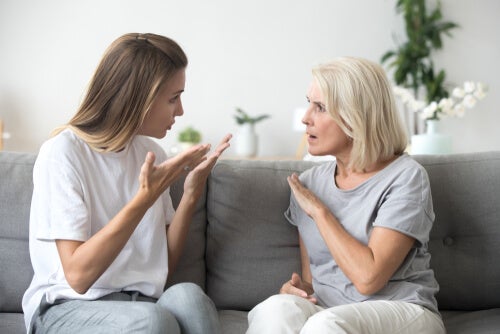 What happens to your body when you lie depends on whether you do it voluntarily. For instance, those who are sometimes forced to resort to lying, experience a series of rather specific psychosomatic symptoms. On the other hand, those who are used to deception and make it their way of life are rarely disturbed and hardly feel any physical or emotional discomfort.

Friedrich Nietzsche  said that lying is a condition of life and that, therefore, it’s a recurring and common phenomenon. Maybe he was right. However, from the field of psychology, a small nuance is added. That’s the fact that, despite its frequency and normalization, we don’t like dishonest behavior. Indeed, our brains don’t like us doing it because it generates stress and internal dissonance.

Bella DePaulo, a psychologist at the University of Virginia, points out that the vast majority of people lie between one and two times a day. Nevertheless, these lies are usually subtle and almost innocuous.

You lie to integrate into your social contexts and also to take care of your relationships. For example, you might tell your parents that everything is going great for you, despite the fact that you’ve got more than a few problems. On the other hand, if, for some reason, you were forced to lie to them in more serious ways, you’d regret it. In fact, you’d suffer both emotionally and physically.

What happens to your body when you lie?

Your brain wants you to be honest. This re-opens the question of whether people are noble by nature and whether Jean-Jacques Rousseau was right to claim that we come into the world being basically good. Without entering too many debates, there’s one irrefutable aspect here. The fact that we’re social creatures and thus need to get along with those around us.

Honesty allows you to be trustworthy and nothing is as important as having the trust of those you appreciate. A lie is an attack on that dimension. It breaks intimacy and cordiality and destroys complicity between two people. Furthermore, when the lies are discovered, they affect your reputation, social image, and credibility.

This explains why the vast majority of us avoid big lies, blatant deception, and manipulative and dishonest behavior. However, there are some who behave like this as a matter of course. These are the kinds of people who don’t have any problem with lying because they see it as useful. Consequently, they’ve become accustomed to it and don’t care about any associated costs if they’re discovered.

Nonetheless, if you’re not used to it, deception takes its toll on your health. Therefore, let’s take a closer look at what happens to your body when you lie.

The uncomfortable use of lies and the impact of stress

There are those who find themselves in the uncomfortable situation of ‘having to lie’. At first, this might seem inconceivable to you, but it happens more frequently than you probably think. For example, people often lie when they’re unfaithful in a relationship. Also, when they hide certain aspects of their past from certain people and in certain contexts. Lying is also common in work environments and school environments when a child who’s being bullied silences his situation at home.

What happens to your body when you lie always depends on the duration of the behavior. If it’s only for a short time, you’ll hardly notice any effects at all.

On the other hand, if the deception lasts for weeks or months, your brain will experience stress. In fact, it processes these situations as a threat, as something that generates tension and internal contradiction. This, as explained by Dr. Leanne Brinke in a study conducted in 2015 at Harvard University, leads to multiple discomforts. These are:

The danger of getting used to lying

The effects of lying when you don’t really want to don’t last indefinitely. Nevertheless, if you continue to deceive the people in your environment about certain aspects for a long time, you actually get used to it.

Therefore, stress disappears and dishonest or deceitful behavior becomes a way of life. Nonetheless, it’s not appropriate and certainly not ethical. As a matter of fact, nothing is as dangerous as lying on a daily basis in order to hide certain realities. In the end, everyone loses.

Therefore, without a doubt, it’s a good idea to avoid this harmful behavior whenever possible. 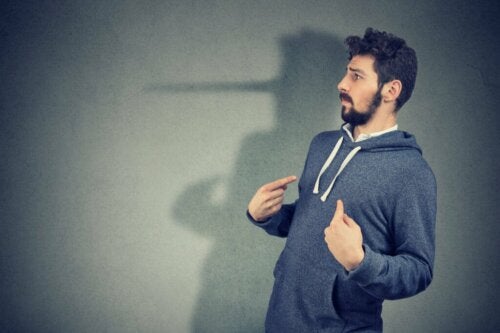 The post What Happens to Your Body When You Lie? appeared first on Exploring your mind.

The Ethical Principles of Psychologists According to the APA