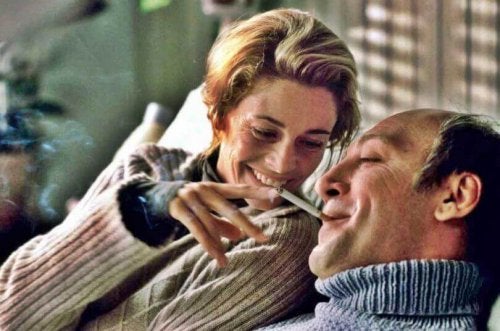 In The Sea Inside, we see the story of Ramón Sampedro, who’s been bedridden for nearly thirty years. In fact, since an accident left him a paraplegic, he depends on his family for everything. Aware that his condition will never improve, he fights to be able to die with dignity.

In addition to his family, Ramón has the help of Julia, a lawyer who supports his cause. On the other hand, there’s Rosa, a neighbor who tries to convince him that dying isn’t a viable alternative and that life could still hold meaning for him. Therefore, Ramón’s determination to achieve his goal tests the strength and affection of those around him.

“And in the weightlessness of the bottom where dreams come true two wills come together to fulfill a wish.”

This drama was written by Alejandro Amenábar. The main role is superbly performed by Javier Bardém, portraying the true story of Ramón Sampedro. This sailor and writer, who’d suffered from tetraplegia since he was 25 years old, claimed his right to die since the conditions in which he found himself didn’t permit him to lead a full and dignified life. Thanks to his struggle and the impact he had on the media, Ramón was a pioneer in opening the debate on euthanasia in Spain.

Death is the central axis of this film, as well as an elemental factor of life. Indeed, it involves the end of life, where existence ends. After all, there’s no life without death and vice versa. Therefore, why’s it so hard for us to think about it? Above all, why are we so terrified of facing it?

As humans, from the moment we’re born, we do nothing but learn. Therefore, we have trouble conceiving that our minds will stop working and that we’ll stop feeling. We’re simply not able to imagine a total disconnection. In fact, when thinking about or facing death itself, two perspectives are usually generated. These are represented in the movie by Rosa and Julia.

Rosa tries to convince Ramón to rule out the option of euthanasia. According to her, life can still offer him a great deal.

This positivist vision of Rosa is based on resilience, optimism, and humor. Her character demonstrates the fact that many people don’t understand that dying may be permitted or desired. That’s because they consider that we must adapt to our problems and face them. These kinds of people feel that, despite the negative, we should always maintain hope and a positive vision of the future, de-dramatizing the situation and living life to the full.

On the contrary, Julia is a lawyer who also suffers from a neurodegenerative disease. She supports Ramón’s fight and tries, without success, to be allowed to perform euthanasia. Thus, The Sea Inside offers this controversial debate to the viewer.

Euthanasia (‘dignified death’ when literally translated from ancient Greek) is the voluntary intervention carried out to accelerate the death of a terminal patient with the aim of saving them suffering and pain. Currently, euthanasia or assisted suicide is only legal in the Netherlands, Belgium, Switzerland, Luxembourg, Colombia, Canada, and some states of the United States and Australia.

Those who support this practice consider that the individual has the capacity to decide if they want to continue with their own life. People who are in their right mind, but who can’t bear to live any longer in painful conditions or with an inability to be autonomous. With euthanasia, their right to live and die with dignity is protected.

In the debate about euthanasia, moral principles are often raised as to whether protecting a person’s life weighs more. However, these arguments are, as a rule, raised from a privileged point of view, from people with healthy lives and quality of life. Would they say the same if they knew they were to be severely disabled for the rest of their lives?

The Sea Inside is definitely a love story. It demonstrates a love of life and a love of others, of being able to live life fully and freely. Curiously, it is Rosa who, as an act of love, helps Ramón achieve his goal, rethinking all her principles and way of seeing the world.

The best way to prepare for the end of life, if we really prepare at all, is to accept death as a natural episode of life. Indeed, we mustn’t forget that the grim reaper is an intrinsic and inseparable part of life’s journey and that certain situations determine the thoughts we have toward it.

Everyone faces death in their own way. It’s understandable that the thought of death causes feelings of uncertainty and fear. However, if we can be honest with ourselves and adopt death as an intrinsic part of life, our fears, for the most part, should disappear. 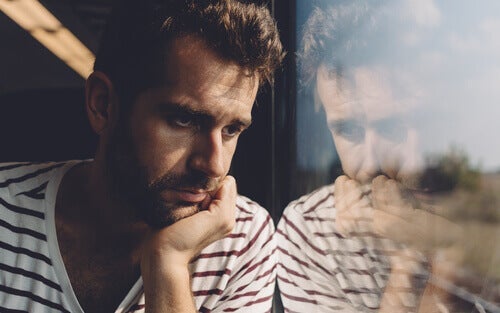 Thanatophobia – The Fear of Death
The idea that one day you’ll cease to exist can be unsettling, to say the least. However, people with thanatophobia are terrified. Read more »

The post The Sea Inside appeared first on Exploring your mind.