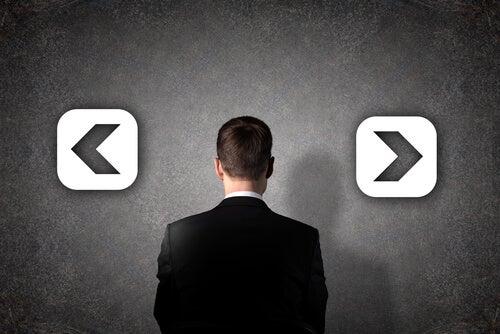 Nonlinear innovation outlines a latent fact: successes aren’t usually the product of constant progress. In other words, almost every achievement has its setbacks, errors, and even failures. Therefore, it must be assumed that stumbling or making mistakes is nothing more than a way of gaining momentum and, of course, learning.

You need to understand that reaching a goal, achieving a dream, or even positioning yourself professionally in a market often responds to an inverse order. This can be of great help to you. That’s because you’ve probably been brought up with the idea that every effort brings its own reward. Furthermore, you tend to believe that whoever is worthy always wins, and those who apply creativity and originality end up being successful.

However, these three ‘rules’ aren’t always followed. In fact, nonlinear innovation teaches you that some of the best achievements were fueled by many failed attempts, disappointments, and careless acts. Consequently, only those who learn from their mistakes, setbacks, and failures make real progress, sooner or later.

“90 percent of life is simply showing up.”

Isaac Newton was a mediocre student and hardly anyone expected anything of him. Walt Disney was fired from the newspaper where he worked because, according to the director, he lacked ideas and imagination. When Fred Astaire went to auditions looking for a role, nobody noticed him. He was bald, unattractive, and couldn’t sing. As a matter of fact, we could fill pages with life stories of figures from history who only achieved success after failure or rejection.

Among them, it’s worth remembering the case of Thomas Alva Edison. After many attempts to get a bulb to light, his assistants asked him if it wasn’t time to focus on another goal. To that suggestion, Edison replied that in each of those thousand attempts he’d discovered a reason why his idea didn’t work. That was until nonlinear innovation worked its magic.

What does non-linear innovation consist of?

Innovation: to build and ‘deconstruct’, to learn and unlearn

Innovation is defined as a process through which something new is generated by modifying or transforming an already existing dimension. Therefore, nothing that’s ever created, produced, or offered is really new. It’s always based on something existing and simply generates a new alternative replacement.

It’s worth remembering that innovation is rarely linear. In other words, every creation has setbacks and steps backward that are decisive. Therefore, to innovate you must unlearn. This means you must break many of your preconceived schemes and approaches that you take as valid to reformulate yourself again.

To be a fountain or a pond

There’s an extremely interesting study on innovation that’s well worth considering. This study was conducted by Dr. Michael West, from Aston University (United Kingdom). He suggests that we must decide whether to be a sparkling fountain full of ideas or a pond with stagnant and dirty water. This metaphor suggests two ideas. The first, is that innovation requires movement and continuous recycling. It implies moving both forward and backward, transforming, discarding, and creating.

Secondly, the pond refers to the minds and organizations that avoid change. The kinds of minds that persist in the same ideas, and don’t move forward or backward because they’re, effectively, stagnant.

Nonlinear innovation suggests the importance of learning from your failures in order to move forward with greater competence. There’s another concept that can help in this creative process: reverse innovation. This concept refers to an idea coined by professors Dartmouth Vijay and Chris Trimble of Harvard Business School.

Reverse innovation applies to today’s economy. It concerns the common practice for companies, when bringing new products to market, to initially launch them at a low cost in emerging countries such as India or Turkey.

Once ‘tested’ in these scenarios, their impact and performance are studied. If they fail, they’re discarded. On the other hand, if they’re successful, they start to be mass-produced for the large Western markets at a higher price under the label of ‘innovative product’ when, in reality, they’re not. This is a rather controversial example, but it gives us more information about the concept of innovation.

In reality, many successes have long processes of trial and error behind them. Nonlinear innovation reminds us that, in reality, progress almost never reflects a linear progression. It’s well worth thinking about. 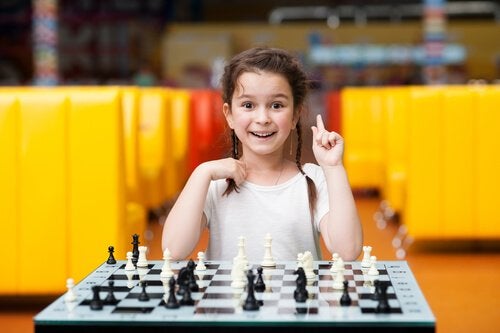 Mistakes Don’t Make You a Failure
A mistake isn’t the same as failing and it doesn’t make you a failure. It just helps you grow. Read on to learn more about this! Read more »

The post Nonlinear Innovation: People Who Succeed After Failure appeared first on Exploring your mind.

Psychological Warfare: An Instrument of Power