In this article, we want to talk about Alzheimer’s disease, focusing on its phases and how to identify some of the symptoms that indicate a person may be suffering from this disorder. In addition, we offer some guidelines to help you deal with the situation in the best possible way.

The stages of Alzheimer’s

According to the Alzheimer Foundation of Spain, an Alzheimer’s patient has approximately an average of between ten and 12 years of life after being diagnosed.

Alzheimer’s disease has a slow but progressive evolution, in which, gradually, the person’s autonomy decreases until they become completely dependent.

Once the disease begins, various difficulties and doubts may arise. Furthermore, the sufferer’s entire environment will have to be reorganized, to avoid any type of damage and to facilitate the handling of complicated situations.

Going to the doctor as soon as possible is essential. In this way, the appropriate guidelines can be followed regarding the sufferer’s loss of autonomy. Appropriate treatment can also be selected. Furthermore, the relatives should be given as much information as possible, both on the prognosis and the evolution of the illness, and the habits or recommendations they should follow.

Advice for dealing with an Alzheimer’s sufferer

It’s extremely important that you’re aware that, if you’re the relative in charge of a person with Alzheimer’s, you must take care of yourself.

Therefore, lean on the people around you. Talk about how you feel and how their illness is affecting you and allow yourself to have some free time. These measures are essential. Remember that, if you have to be their support, you must also be healthy.

There’s no clear answer to date as to whether Alzheimer’s can be prevented or not. However, physical exercise and diet, maintaining social ties and intellectual mental activity can, in some cases, help delay the onset and progresion of the disease. 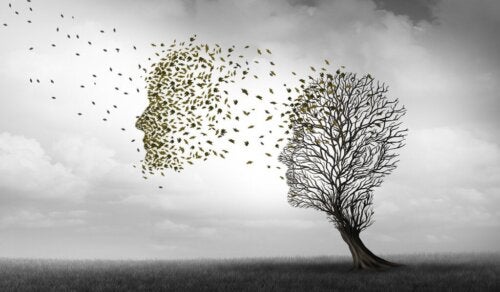 The post Alzheimer’s: Advice and Help for Relatives appeared first on Exploring your mind.