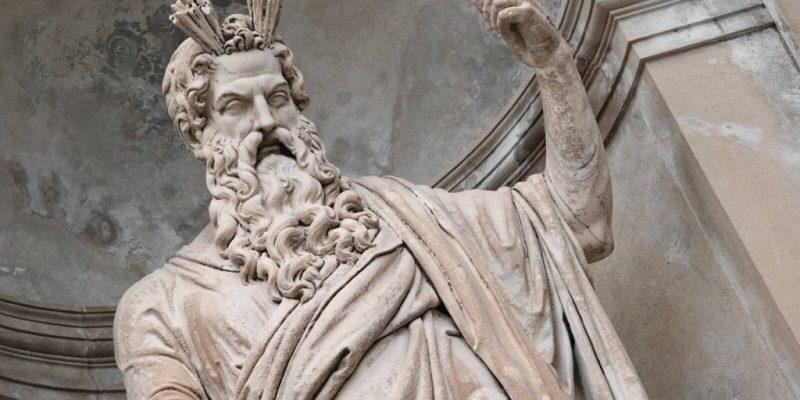 There are many different versions of the myth of Callisto, although there are certain elements common to all of them. It’s basically the story of one of the several conquests of Zeus. He had a particular weakness for extramarital adventures but was always found out by his wife, Hera, in one way or another.

The myth of Callisto claims that she was an extremely beautiful woman. In fact, the name Callisto means ‘the most beautiful’. In most versions of the story, this beautiful woman was the daughter of King Lycaon. He was a unique character, who had a total of 50 children, all by different women.

King Lycaon was a cultured and highly religious man. Indeed, it’s said he helped his people to grow and develop. He founded a city called Lycosura. There, he built a temple for Zeus, in which he frequently made sacrifices, some of which were human. They tended to be visiting foreigners who Lycaon killed as an offering to the gods.

“A beautiful body perishes, but a work of art dies not.”

The family of the beautiful Callisto

Zeus was annoyed to learn of Lycaon’s practices. His custom went against the sacred law of blessed hospitality, much appreciated by the Greeks.

Annoyed by these exaggerated sacrifices, Zeus decided to pass himself off as a pilgrim and visit Lycaon’s house. Lycaon suspected the divine origin of his guest, killed one of his own sons, cooked him, and served it to the supposed foreigner. Zeus was enraged and turned the king into a wolf. Then he set fire to the palace and left.

The numerous sons of Lycaon, who didn’t suffer the consequences of the punishment, soon became famous for their pride and their lack of compassion. Once more, the rumor reached the ears of Zeus, who this time disguised himself as a beggar and went to the palace.

The princes murdered one of their brothers and served his entrails, mixed with those of some animals, to Zeus for his dinner. Realizing this, the King of Olympus turned them all into wolves and then destroyed their palace with a thunderbolt. At the same time, he brought the sacrificed brother back to life.

The myth of Callisto

The myth of Callisto claims that this beautiful woman dedicated herself to the service of Artemis. She was the goddess of the hunt and queen of nature. She demanded that all the women who formed part of her procession be virgins. That was because she herself had taken the vow of chastity and didn’t tolerate the proximity of men, whether they were gods or mortals.

When Zeus saw Callisto, he immediately fell in love with her beauty. As was his custom, he tried to seduce her, but to no avail. Therefore, he took the form of the god Apollo, twin brother of Artemis, and, with deviousness and cunning, he achieved his purpose.

After that encounter, Callisto became pregnant. One day, Artemis asked her and the other women in her court to take a bath in the river. When Callisto was naked, the goddess realized that her belly had grown and deduced that she was pregnant. For having broken the vow of chastity, Artemis expelled her immediately.

A constellation in the sky

Hence, the young woman was exiled. However, her story reached the ears of Hera, the wife of Zeus, and in revenge, she turned her into a bear. Callisto was separated from her son, Arcas, and had to wander for years in the forest.

Many years later, Callisto spotted Arcas, her son, in the thicket. She recognized him immediately and ran to hug him. He had become a strong young hunter and, when he saw Callisto approaching, he took his bow and arrow and shot her. To him, she was just an animal.

Zeus, who realized what had happened, decided to prevent the young man from killing his own mother. Therefore, before the arrow reached her, he turned Callisto into a constellation, so that she would shine in the sky forever and achieve immortality.

At the same time, he transformed Arcas into another minor constellation to allow him to always be with his mother. This is how Ursa Major and Ursa Minor were formed, which still remain united in the sky today. 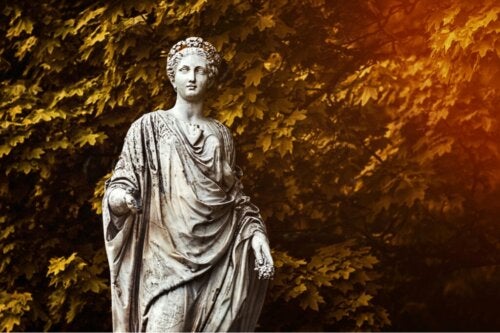 The Female Archetypes, According to Greek Mythology
The female archetypes speak of the different ways of being, feeling, and acting of women in their collective unconscious. Read more »

The post The Myth of Callisto: The Maiden Who Shines in the Night Sky appeared first on Exploring your mind.