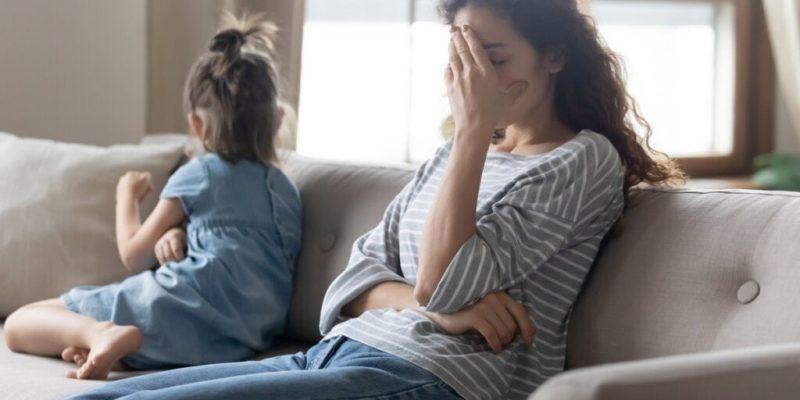 More than a billion people in the world suffer from some kind of mental disorder. In fact, it’s estimated that this figure may be much higher since many cases remain undiagnosed. Consequently, there are many children who suffer the consequences of growing up with a parent with a psychological disorder. This is something that, in many cases, marks their character, their personality, and their internal functioning.

Obviously, mental conditions are really diverse. Therefore, it’s not possible to generalize. However, growing up in a home affected by some kind of psychological disorder has a huge impact. Let’s see how this situation can affect the development of a child.

What are the consequences of growing up with a parent with a psychological disorder?

The bond of attachment

The attachment bond is the bond of primary affection that’s established between the child and their main figures of reference. The bond is consolidated according to the degree to which adults attend to the child’s demands and satisfy their needs. If they provide affection and security appropriately, a secure bond is established. This helps the child to develop a healthy personality.

However, when one of the parents suffers from a psychological disorder, they may not be able to care for the baby appropriately. That’s because they might not be able to recognize their child’s needs or be able to respond to them appropriately. When a parent physically, emotionally, or psychologically neglects their child (or if they attend to them inconsistently), the child develops an insecure attachment. Thus, they grow up feeling helpless and under threat.

As the child grows, parenting style plays an important role in the formation of their personality. It’s been established that democratic parenting is the most appropriate for proper development. Nevertheless, the parent with a mental disorder may find this kind of parenting almost impossible to implement.

Frequently, adults who suffer from anxiety disorders overprotect their children. This limits the development of their autonomy and prevents them from developing confidence in their capabilities and possibilities. It’s also possible that they’ll develop authoritarian behavior themselves, maintaining a level of demand that’s too high.

On the other hand, parents who suffer from severe depression or other conditions may not be emotionally available to actively parent. This can lead to growing children not receiving the presence, affection, and limits they need.

Bringing up children is a complex task that requires awareness and dedication. Therefore, when parents have to deal with their own problems, it becomes difficult for them to act optimally.

During the learning stage, vicarious learning (observational learning) is one of the most relevant kinds. It means that minors acquire attitudes, strategies, and tools by observing how their parents behave. This is dangerous since many of the dysfunctional thought patterns of the parents might be transmitted to the children.

They might acquire a pessimistic view, a feeling of being a victim, an accumulation of fears and insecurities, and inadequate strategies to deal with obstacles. Indeed, growing up observing anxiety, passivity, uncontrolled anger or any other dysfunctional element makes it more likely that these will be integrated into the child’s personality. 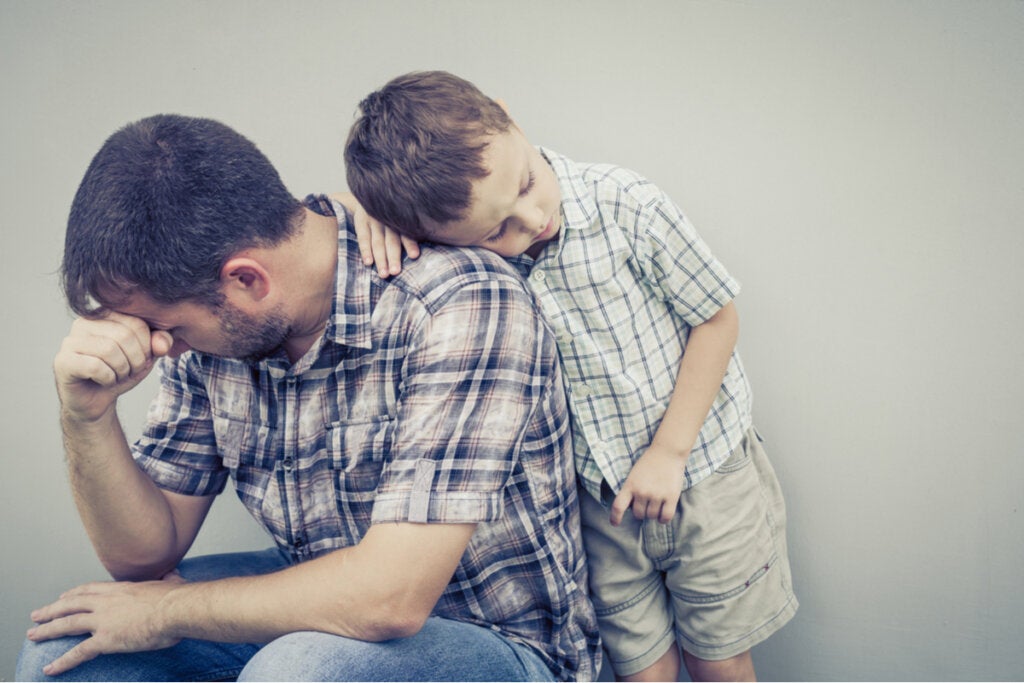 However, growing up with a parent with a psychological disorder isn’t decisive. For example, in some cases, the parent, aware of their problem, will actively try to counteract tendencies that could prove negative for their children. In other words, they make an effort not to pass on their dysfunctional thought patterns to them. After all, there’s no one better than them to understand why their children shouldn’t repeat their behaviors.

Furthermore, growing up with a parent with a psychological disorder can increase children’s empathy and tolerance. That’s because they’ve grown up observing a painful and not-so-common reality, and that experience has significantly increased their own sensitivity.

Finally, if the parent with the disorder decides to seek the appropriate treatment, they’ll be setting a healthy example. This helps to normalize mental health as well as highlight its importance. Furthermore, taking charge of their difficulties and enlisting professional help will be an example of self-improvement and courage for their children. Because every experience provides valuable learning. 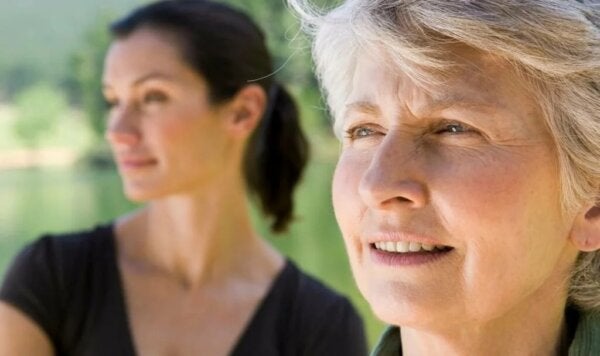 When You Wish Your Parents Had Been Different
Wishing your parents had been different can scar you for life. Here are some reasons why they might not be good parents and what you can do. Read more »

The post Growing Up With a Parent With a Psychological Disorder appeared first on Exploring your mind.