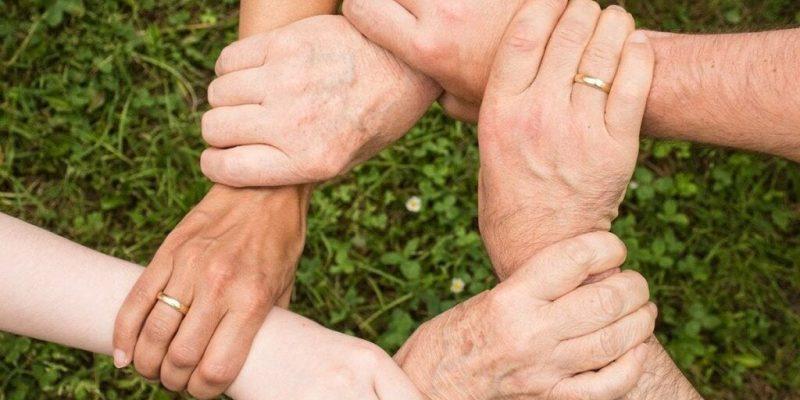 Do you ever find yourself asking the question why your family fights? Do you have siblings who can’t stand each other, grandparents who don’t talk to their children, uncles who you hardly ever see? As a matter of fact, this is a common occurrence. Families share the same blood and genetic code, yet they also share a great deal of discord and disagreements.

It’s true that each home is its own world. Furthermore, in every family tree, there are broken branches, problematic figures, and wounds that haven’t healed, both in the trunks and in the roots. In fact, everything has an impact on both the old and the new generations.

Of course, you lead your own adult life away from your family, but there are threads that keep you tied to it. A genetic inheritance, an emotional legacy, and invisible patterns of which, occasionally, you’re a victim, are integrated within you.

You also inherit intergenerational wounds. Factors such as past traumas, violence, or abuse are still evident among that small social nucleus of which you’re part. Let’s take a closer look.

Why does your family fight? Causes and triggers

Sometimes, you can find yourself in a dynamic that’s as complex as it’s painful. Indeed, in nuclear families (those formed by parents and children), arguments and differences are common. Sometimes this also involves the extended family (grandparents, uncles, cousins, etc).

Meetings can be minefields that always seem to end badly. Whether you take your mother’s or your father’s side, you’ll undoubtedly find yourself in the kind of situation at some time or another where you ask yourself why your family always fights. You ask yourself why some of your earliest memories involve disagreements and tense moments.

You’ll probably be marked by these intergenerational conflicts forever. For instance, perhaps you don’t even know one of your grandparents because your father or mother didn’t speak to them. Or maybe you have bad memories of arguments between your uncles, with cruel words and reproaches thrown at each other.

All these kinds of dynamics erode. In addition, it’s often difficult to stay on the sidelines. However, why do these fights happen? Where do they originate?

Howard Stein is a historian and professor emeritus at the University of Oklahoma (USA). He suggests that, often, at some point in our family past, someone suffered a traumatic event. For instance, violent deaths, disasters, accidents, rapes, attacks, etc.

Nevertheless, these adverse events aren’t always adequately overcome. They’re ‘short-circuited’ kinds of pain that stagnate and pass collectively from one generation to another. Sometimes, the pain turns into anger and rage. This, in some way, determines the upbringing of children, permeating it with deficiencies, disaffection, and unresolved disputes.

It can also lead to the pain being frozen and, far from being resolved, it spreads throughout the family, creating tensions between its members.

It’s possible that the origin lies in grudges harbored in the past and not overcome. They manifest themselves in the silenced bitterness between your uncles and the disagreements between your parents and grandparents. In this way, resentment runs through the ties in your extended family.

Pride prevents forgiveness which makes tensions appear. Along with this come the nasty words and the hurtful comments that end in arguments.

A study conducted by Hope University, Michigan, (USA) suggests that resentment effectively distorts relationships and makes them problematic. Furthermore, we know that this emotion has a serious impact on health.

Factors such as abuse, aggressiveness, and violent behavior may be another explanation as to why your family fights. These are elements that can sometimes pass from generation to generation. For example, children abused by their parents might repeat this same behavior with their partner or their own children, thus perpetuating the same dynamic of suffering.

A study conducted by the University of Barcelona (Spain) indicates that, although violence depends on many factors such as social, educational, and cultural, the biological and genetic aspects shouldn’t be ignored.

It’s been discovered that there’s a correlation between attention deficit hyperactivity disorder and aggressive behavior. This is something that can be passed down from parents to children. It often leads to major depression.

Therefore, in many cases, behind the clashes between family, behind the arguments, tensions, and constant rebukes, a psychological disorder may be hiding. This suggests that it could be treated.

Each factor listed here can be addressed through therapy. As we know, families can sometimes be full of suffering. This is particularly evident if they haven’t healed their past, and dealt with those wounds from yesterday that remain open today. Wounds that condition the well-being of all family members. 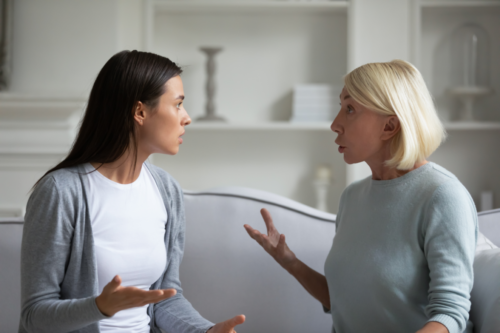 The post Family Fights: Why Do They Happen? appeared first on Exploring your mind.

The Pursuit of Happyness: A Movie About Tenacity