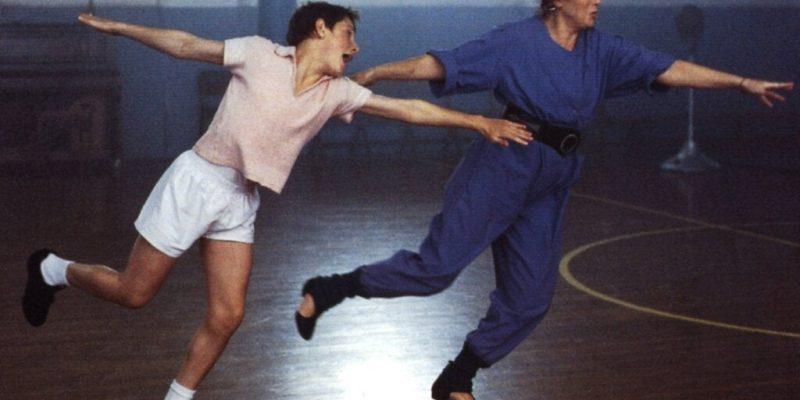 Billy Elliot was one of the movies that opened the new millennium. In fact, Stephen Daldry’s film unknowingly brought to the fore a subject that, some 20 years later is still completely relevant.

Rather appropriately, it opened the new millennium with sentiments that definitively marked the future and broke with the old. Admittedly, it’s not the first time we’ve seen films about tolerance or breaking genre molds. However, Billy Elliot was different. It was filmed through the eyes of a child who ultimately pursued his dream of being a dancer.

Nevertheless, what he didn’t know was that society would be against him. In fact, they put a label on him that he didn’t even identify with. Furthermore, his love for dancing even brought him conflict with his own family. The most interesting aspect of this movie is not so much observing the prejudices of society, but how a child managed to destroy those obsolete values and teach his family the power of acceptance and tolerance, putting prejudices aside.

The success of the film catapulted its protagonist, Jamie Bell, to fame. Furthermore, it inspired the song, Electricity, by Elton John. As a matter of fact, the work itself has been turned into a legend.

Billy Elliot is a simple movie with a great message. Billy ultimately triumphs thanks to his individual struggle, eventually forcing his family to accept his choices. The film draws parallels between the oppressive system and the family environment itself.

Thanks to a fully engaged cast and a simple but emotional story, Daldry achieved his goal. Even today, this movie is seen as a lesson in life and tolerance.

Billy Elliot is a boy who lives in a humble area with his father, Jackie, brother, Tony, and his grandmother. His father and brother represent the values that are often associated with manhood.

After the death of his mother, the family was plunged into a difficult situation and they now survive on the salaries of his brother and his father who are miners. The grandmother, despite her advanced age, seems to often have delusions of youth, remembering her past as an aspiring dancer.

Billy Elliot is a movie that invites us to put our prejudices aside. It reminds us that, when children are born they’re exempt from any prejudices. In fact, it’s only society that molds them into established patterns. Hopefully, these days, we’ve advanced a little, and gender roles have become more flexible. However, at the beginning of the millennium, prejudice was very much the order of the day.

This isn’t just a movie about a boy who wants to dance in a world made for girls. In fact, it invites us all to pursue our dreams regardless of the labels they carry. Football isn’t just for boys and ballet isn’t just for girls.

Faced with a father who signs him up for boxing, Billy rebels and decides to dedicate his time to dancing. This leads to ridicule and discrimination from those around him.

It’s particularly interesting to see how the movie insists on destroying prejudices. After all, it would’ve been easy to portray Billy as homosexual, since he wanted to be a dancer. Nevertheless, nothing could be further from the truth. As a matter of fact, Billy strikes up a beautiful friendship with Michael, a boy from his neighborhood who supports him at all times. Unlike Billy, Michael likes dressing up as a woman and is homosexual.

Once again, we realize that it’s us, as adults, who put up barriers, stop friendships, and put masks on our true selves. Billy never judges Michael. On the contrary, he has fun with him and accepts his homosexuality without even mentioning the subject. This isn’t because it’s taboo, but because prejudice isn’t something that defines him. For Billy, Michael is his best friend and friendship is important above all else.

The historical and cultural context

Billy Elliot was released in the year 2000 and talks to us about tolerance. It also presents us with a most interesting political and cultural discourse.

Billy’s father is a miner and it’s the 1980s in a town in County Durham, in the north of England. At that time, Margaret Thatcher was the Prime Minister of the United Kingdom. She’d recently initiated a policy that would shake the north of the country and, more specifically, the working classes.

The Thatcher government carried out harsh economic measures. These resulted in high unemployment, more specifically, in the most industrial areas of the country. Soon, the miners became their target, in an effort to privatize and wrest power from the unions.

Thanks to this, Thatcher became a sworn enemy of the working class. This gave rise to the miners’ strike from 1985 to 1985, when the movie takes place. In addition, she insisted on privatization and the agglomeration of power in London.

Her decision brought about consequences that, to this day, continue to cause division in the United Kingdom. However, the truth was that the strike failed and, as a consequence, Thatcherism emerged as the victor.

Although the film has Billy’s passion for dancing as its common thread, it’s also deeply marked by the mining movement that fell to the power of Thatcher.

As we mentioned, Billy’s father, much to his chagrin, decides to go to work. Seen from the perspective of tolerance, it could be said to be a sign of love from a father to his son, but we no longer see a father simply struggling for his son’s future. We see a father having things thrown at him by his striking colleagues for his decision to return to work to give Billy a better future. A father who, prejudices aside, is aware that his son won’t have a future without his help. Therefore, despite himself, and in the face of an unfair situation, he gives in to the oppressor because he simply has no other choice.

This situation of inequality is perfectly reflected when Billy and his father arrive in London for the ballet school trials. At this moment, we see Billy being tried before a jury that simply doesn’t come from the same world as him.

We see the wealthy London society, facing the forgotten north. We see prejudices, not only in the father who fears for his son’s virility, but in the highest echelons of the dance world too.

Without a doubt, these are the kinds of prejudices that can bring dreams to an end and destroy the desires of many. Nevertheless, we see Billy destroying those prejudices in an instant with his claim that, when he dances, he feels like fire, like electricity. Indeed, his love for dancing goes way beyond where he was born, his sexual orientation, and the size of the house he lives in.

In short, Billy Elliot is a lesson in humanity that comes from those who’ve not yet been corrupted: children. 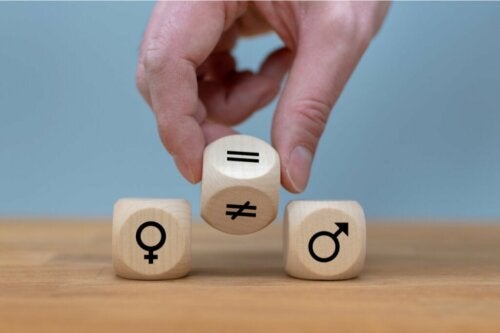