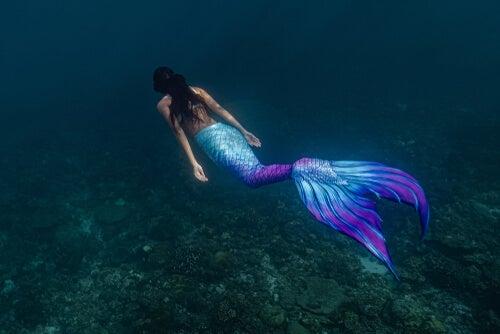 The myth of the sirens is one of the oldest in the world. There are many versions of this story related to different mythologies. Some of these stories even predate the most well-known Greek version.

Originally, the myth of the sirens represented these creatures as three entities in one. They were fish from the waist down, had a bird-shaped torso, and the head of a woman, almost always with long hair. Gradually, that appearance was simplified and they ended up being drawn with half the body of a woman and half of a fish.

It’s believed that they represented the souls of the deceased or the beings that led their souls to the underworld. This latter role was later assumed by the god, Hermes. However, they kept their link with the world of the dead. That’s why the myth of the sirens is associated with death and mystery.

“Be careful with your dreams: they are the sirens of the soul. They sing. They call us. We follow them and never return ”.

The origin of the myth of the sirens

There are several versions of the myth of the sirens. One of them claims that they were the daughters of Melpomene and Achelous. Melpomene was initially the muse of song and music, but eventually became the muse of tragedy. Achelous was the god of the river with the same name.

There’s an episode in Greek mythology where Achelous is attacked by Hercules. According to another version of the siren myth, they were born from the blood that flowed from his wound. In this case, they’re viewed as having a father, but no mother, since they were conceived without female participation.

Another story notes that the sirens were the daughters of Phorcys, a sea god, descended from Oceanus and Tethys. His wife was Ceto, a hideous sea monster. However, in this version, she wasn’t the mother of these creatures, but Phorcys fathered them alone or with the participation of the muses, Sterope, Melpomene, and Terpsichore.

The morphology of the sirens

As the myth of the sirens points out, these creatures didn’t always have a hybrid form. In fact, Ovid said that they were beautiful women, companions of Persephone. She was kidnapped by Hades, god of the underworld. They say that when this happened, her friends asked the gods for wings so they could fly, and the bodies of fish so they could cross the river to Hell and find Persephone.

Persephone was the daughter of Demeter, the Greek goddess of agriculture. Another story indicates that Demeter was greatly distressed when her daughter was kidnapped. Blind with pain from the loss, she punished Persephone’s friends for not having prevented the kidnapping. For that, she took away their human form.

A reference to the myth arising in the Middle East indicates that an extremely beautiful woman named Derceto offended Venus. To punish her, the goddess made her fall in love with a shepherd, with whom she had a daughter. However, as soon as she gave birth, Venus made their love disappear. Furious at what had happened, Derceto abandoned her little girl, had the shepherd killed, and tried to commit suicide by throwing herself into a river. Nevertheless, the gods prevented this and turned her into an amphibian instead. 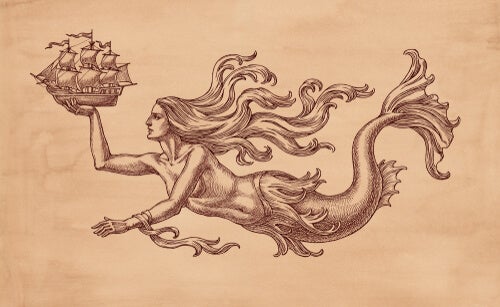 The sirens and Odysseus

The sirens were renowned for their beautiful voices. Indeed, they sang songs that completely bewitched men. Their voices were so perfect that, when the sailors listened to them, they entered an almost hypnotic state. Enraptured, they followed the sweet sound of their voices and jumped off the boats in order to hear them better. Thus, they perished, drowned in the sea.

The sirens lived off the Island of Sorrento. Their obligation was to sing and fascinate the sailors to lead them to their deaths. In fact, if they failed to exert their hypnotic power on the men who listened to them, one of them had to die.

The most well-known episode of the myth of the sirens took place when Odysseus wanted to return home after the Trojan War. Warned of the powers of the sirens, and advised by Circe, he ordered the sailors to plug their ears with wax, so that they wouldn’t be able to hear anything. He tied himself to the ship’s mast, telling the crew not to untie him, even if he begged.

The ship passed through the sirens’ territory and Odysseus begged to be untied, but the sailors ignored him. Ultimately, he succeeded in his task, and the sirens, fulfilling their tradition, gave the life of one of them, Parthenope. Her body was washed ashore and a city was built in her honor and named after her. Later, the name of this city was changed to Naples. 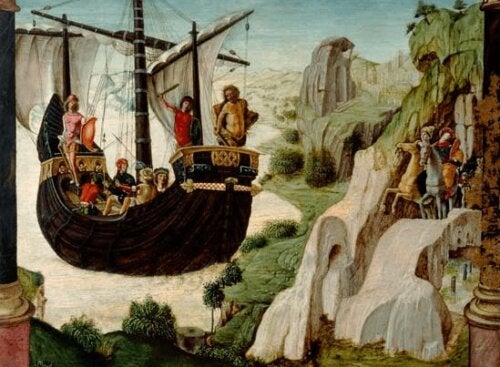 The post The Myth of the Sirens and their Magical Song appeared first on Exploring your mind.