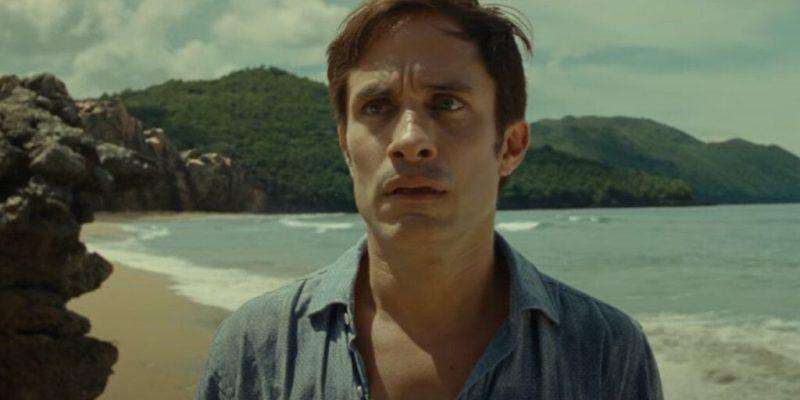 Shyamalan is a moviemaker who often sparks controversy. Indeed, people either tend to love or hate him. Some think he’s overrated while others see him as visionary. Nobody is indifferent to him. Old is one of his feature films in the form of a fantastic thriller that, once again, has divided audiences and critics alike.

Old takes us to a paradisiacal enclave where several families are preparing to spend a pleasant vacation. After arriving at the hotel, some of the characters are taken to a secret and privileged beach. However, it ends up becoming a natural prison, a prison in which time goes faster than normal.

Soon, the characters realize that they’re united by something more than simply having chosen the same vacation destination. In fact,  they’re in a place where time is accelerating and they’re all growing old.

Unable to escape, the characters try to survive and find a way out of the prison of old age, knowing that, in a matter of minutes, their lives could come to an end.

The camera, the great protagonist

Perhaps Shyamalan’s big mistake was making such a name for himself famous with his earlier movie, The Sixth Sense (1999). In fact, with this film, he set the bar so high, that it was inevitable all his later works would fall in its shadow. Indeed, it seems that nothing can beat the film starring Bruce Willis and a little Haley Joel Osment who ‘sometimes saw the dead’. Nevertheless, Shyamalan remains a terrific storyteller.

In Old, he highlights his ability to both show and hide essential information at will. In fact, Old becomes an exercise in imagination, in seeing beyond limits. Furthermore, he shows us that there’s nothing more terrifying than our own imagination.

Despite being in an idyllic outdoor setting, Shyamalan insists on showing us claustrophobic scenes. He does so by suffocating the characters, cornering them with his camera in extremely uncomfortable fractured close-ups.

Although he cleverly directs our gaze, sometimes he forgets to take advantage and get the best out of his actors. In fact, he relies rather too much on the camera alone.

Not the traditional horror

In a time when terror usually involves a great deal of blood and guts, Old anticipates the gory moment but then moves away from it. Therefore, it’s our imagination that reconstructs what we don’t see.

The camera moves elegantly through the characters, changing points of view, constantly playing with and fooling us. In much the same way that the characters have been fooled into their beautiful death trap. In fact, we have the feeling that someone is watching from above, but we never get to see beyond the rocks that enclose the beach.

Nature becomes, suddenly, tremendously hostile. The rocks seem to be magnetized and prevent the characters from going back. As a matter of fact, the sea seems to be the only way out, while at the same time being a death trap.

The sinister is palpable in the environment. It envelops the every day and colors an initially idyllic vacation with violence. The most terrifying thing is, in turn, the saddest truth. It’s the fact that time passes for everyone.

From the fantastic to the rational

Old moves in a real and known area. However, it seems strange to us. In fact, while the characters belong to the same world as us and follow the same natural laws, when they cross the threshold of the holiday complex, they enter a strange world in which these laws seem to work differently. Indeed, their aging is accelerated in leaps and bounds.

Death, illness, and despair trap them on a beach that might as well be a prison.

To show this altered reality, Shyamalan employs various cinematic tricks. He uses a familiar environment and makes it unusual and sinister. Nothing is a coincidence in Old, not the sound, the shots, or the movements of the camera.

This hostile nature is palpable from the first steps the characters take among the rocks. This reminds us of travel books that described magical worlds full of mermaids and extraordinary beings. Also of films such as Picnic at Hanging Rock (Weir, 1975 ), in which magic never really makes an appearance, but it’s us who manages to envelop ourselves in a mystical and terrifying atmosphere.

In this movie, the natural prison evokes ideas of caged animals. At all times, the characters feel as if they’re being observed from above. The camera accentuates this feeling in the viewer. Even the welcome that the guests are given in the hotel is somewhat unusual and too good to be true. Indeed, at all times, we suspect that something strange is happening in that place.

Influence of Hitchcock and Spielberg

Shyamalan’s devotion to Hitchcock and Steven Spielberg is more than evident here. He’s certainly inspired by Hitchcock when it comes to suspense. On the other hand, the artificially paradisical yet dangerous setting could be said to be reminiscent of Spielberg’s Jurassic Park (Spielberg, 1993) or even Jaws (Spielberg, 1975).

As a matter of fact, this hostile nature hides a far more interesting debate. This is that the passage of time on the beach isn’t just a matter of chance. Indeed, we’re aware, at all times, that the characters have been brought there deliberately and with a purpose.

Shyamalan hides from us the true intentions of the tourist complex. However, he gives us certain clues throughout the film. Sometimes, in fact, with too much explanation. Nevertheless, they lead us to ask questions of ethical and scientific debate similar to those were prompted to ask in the Jurassic Park saga.

Old: take advantage of every moment

If there’s one underlying message in Old, it’s none other than to seize the day. Life is short and ephemeral, and one thing that’s undeniable from the moment we’re born is that one day, we’re going to die.

Shyamalan uses the mystery and the fantastic to make us aware of something as simple as the shortness of our lives. It reminds us that it makes no sense not to discuss or confront the conflicts we face on a daily basis.

There’s a connecting link in all of Shyamalan’s movies. They all delve into the problems derived from a lack of communication, whether this is in a couple, between friends, or concerns the non-acceptance and verbalization of a trauma.

The fear of death is universal. We know that our time on earth is momentary and that, at some point, we’ll cease to exist. However, in this movie, the main family -and in fact all the characters- present internal conflicts linked to the fact that they don’t acknowledge this problem in any of their conversations.

We see a married couple who haven’t communicated to their children that their mother is ill. A man who, despite being aware of his wife’s infidelity, refuses to talk about it. And a woman who’s totally obsessed with her physical appearance.

In short, we see an x-ray of many contemporary societies. A series of characters who, faced with terror, will finally end up verbalizing their concerns and desires. In fact, somehow, in their prison on the beach, they’ll end up freeing themselves from their ghosts and nightmares.

If there’s one criticism we could perhaps aim at Shyamalan it’s that of a certain implausibility. Indeed, this movie isn’t believable. On the other hand, the place itself is one of fantasy, hence most viewers won’t be too bothered by a lack of believability.

Perhaps Shyamalan would have been better with less explanation, leaving more room for interpretation. However, he constantly reminds us that this is his film, that he’s present at all times and is looking at us through his lens. In this way, he imitates, as usual, his referent, Hitchcock.

Time is relative and it doesn’t matter how fast or slow it passes. It doesn’t matter if life lasts 100 years or two days, the important thing is not to leave any loose ends and to overcome the obstacles that hinder or impoverish our communication. This movie is an exercise in courage. A theme that we’ve seen repeatedly in Shyamalan’s movies, from varying perspectives.

The post Old: The Movie That Tells Us Time Is Relative appeared first on Exploring your mind.

The Punishment of Being Born Perverse