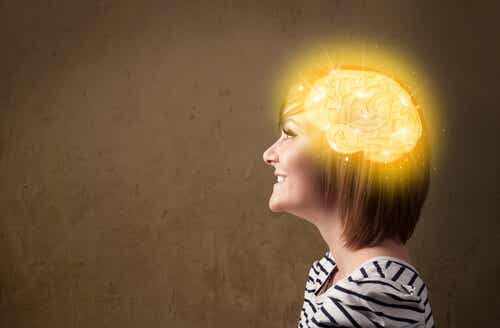 Psychobiology is a branch of psychology. Therefore, its main objective is the study of behavior. However, its approach has a special characteristic that gives it its name – biology. For this reason, since its inception in the 19th century, it’s distinguished itself by the study of mental processes through different elements and organic levels.

Today, we’re still in the dark about certain keys to human nature remain. However, psychology tries to illuminate the way. As a matter of fact, much of the strength that psychobiology has today comes from having defended a method that we now consider to be scientific. A method that didn’t extend to other currents or perspectives.

Technological advances allowed Santiago Ramón y Cajal to publish neuronal theory in 1988. At the same time, William James expounded on the principles of psychology and explained the adaptive function of behavior.

Later, scientists such as Pavlov, Thorndike, and Watson, established experimental methods, that went beyond mere observation or use of logic, in order to study the behavior of organisms.

How is behavior explained?

Behavior is biologically conditioned. Indeed, our way of proceeding and thinking is also a product of our evolution. Furthermore, depending on the species or group of individuals, there are significant differences. These differences are marked by various factors:

Phylogenetic. These are the characteristic features of a species. For example, evolutionary milestones, such as the acquisition of a bipedal posture in humans. These genetic achievements are what make it possible for an organism to be stimulated by the environment.
Ontogenetic. This refers to individual characteristics that are developed thanks to genetic potential. In this factor, the ability to develop a morphological or behavioral characteristic comes into play through interaction with the environment.
Epigenetics. These are the effects of the environment that modulate gene expression. For example, overeating can activate genes that promote obesity. This correlation isn’t necessarily linear. For example, food, lifestyle, or exposure to stress can activate or deactivate the expression of inherited genes.

It’s important to clarify that the relationship between organism, stimulus, and response, which determines behavior, would be impossible without neuronal plasticity. This characteristic is based on the ability of the nervous system to undergo physiological changes according to its interaction with the environment. For example, the habituation effect, which is generated when reaction thresholds change in a person who’s excessively exposed to a stimulus.

The disciplines of psychobiology

From the perspective of psychobiology, behavior is considered as a set of visible manifestations regulated by the nervous system. These manifestations allow the organism to be actively related to the environment. They determine its phylogenetic and ontogenetic evolution.

Thus, human behavior is sensitive to change in variables of extremely different conditions. In fact, psychobiology has made an effort to integrate other disciplines outside of psychology to understand these conditioning factors. Thus, various branches have been created.

These disciplines study the most distant causes of behavior. Indeed, psychobiology isn’t limited to the study of human behavior, but also that of other species, since we were molded under similar ‘rules’. The branches in charge of studying the evolutionary milestones that mark behavior are:

The causality of behavior according to factors closer in time would be an attribute of the genetics of behavior. This branch specializes in studying the influence of genes.

First, it covers the genetic impact on the development of physiological organs that function as intermediaries. It also studies the direct impact that these expressions have on behavior.

Developmental psychobiology focuses on the study of the immediate interactions of the environment on behavior. For example, this branch would study nerve deficiencies as the product of a poor diet in the first years of life. This interaction is marked by immediate determinants of behavior. There are several branches that are responsible for its study:

History continues to advance and theoretical and experimental paradigms keep evolving. Psychobiology is one example of a discipline that’s managed to integrate knowledge from so many others. Currently, there are many theories that are linked to epigenetics. These confirm that many aspects of behavior remain an enigma.

The post Psychobiology: Studying the Brain and Behavior appeared first on Exploring your mind.