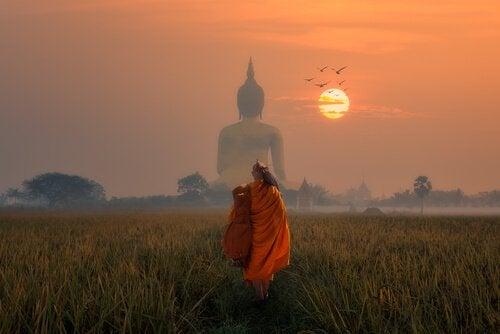 “A senior monk and a junior monk were traveling together. At one point, they came to a river with a strong current. As the monks were preparing to cross the river, they saw a very young and beautiful woman also attempting to cross. The young woman asked if they could help her cross to the other side.

The two monks glanced at one another because they’d both taken vows not to ever touch a woman.

Then, without a word, the older monk picked up the woman, carried her across the river, placed her gently on the other side, and carried on his journey.

The younger monk couldn’t believe what had just happened. After rejoining his companion, he was speechless, and an hour passed without a word passing between them.

Two more hours passed, then three. Finally, the younger monk couldn’t contain himself any longer, and blurted out “As monks, we’re not permitted a woman, how could you then carry that woman on your shoulders?”

The older monk looked at him and replied, “Brother, I set her down on the other side of the river, why are you still carrying her?”

When an important event affects your most essential values, you tend to react with complete amazement.

Time to move on

Sometimes, certain things that happen either at home or work, your friendships, or your family relationships, completely violate your affections, emotions, and even your dignity in an extremely profound way. You might feel paralyzed, lethargic, shattered, or even numb. For this reason, you tend to cocoon your heart so you won’t have to suffer any more pain. Indeed, when you feel like you’ve been the victim of such a catastrophic event, everything tends to fall apart. In fact, your fears are exaggerated, your doubts pile up, and your hope recedes.

You forget your beliefs and chaos reigns within you. This means you lose confidence and without confidence, little remains. Nothing’s the same. At first, you try to give it time but this is a mistake. In fact, there’s no choice but to have a complete clear-out, and put your house back in order. Therefore, you have to shake off the dust, get rid of everything that’s of no use to you, even if this proves painful, and escape. Try to find a new clean and bright path that’ll take you away from all this chaos.

In short, you need to sanitize your sadness. It’s time to move on. Another alternative would be to continue along in the same way, as if nothing had happened, without speaking or thinking about things. However, in this case, your repressed emotions and thoughts would end up accumulating anger and resentment until you end up suffering another utter disaster, either internally or externally.

It’s absolutely necessary to gather up the debris and undertake a cathartic kind of cleaning. In fact, you need to sanitize yourself internally. By doing this, you’ll be able to look at your suffering in a healthy way. You also need to respect your own conscience and also the consciences of those who brought you to the brink of disaster. That’s because it’s only by ordering the chaos that you’ll forget your fears. Indeed, all your uncertainty and mistrust will disappear. Finally, although you won’t be able to erase your memories, at least they’ll no longer have the power to hurt you. 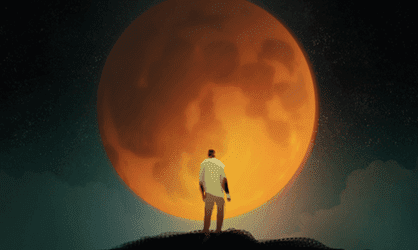 The Secret to Moving On is Starting Over
Moving on without looking back isn’t always easy, especially when your emotional baggage is weighing you down. Giving yourself time to heal is crucial. Read more »

The post Time to Move On and Sanitize Your Sadness appeared first on Exploring your mind.

The Difference Between Like and Love According to Science