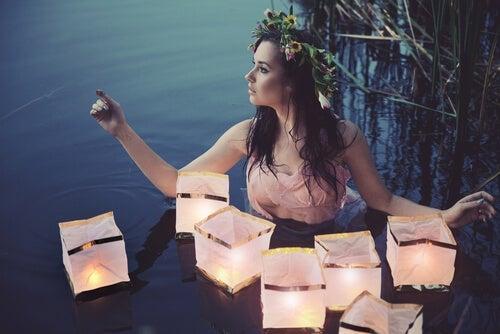 In the words of Craig Malkin, echoism is defined as follows: “The less people feel special, the more self-effacing they become until, at last, they have so little sense of self that they feel worthless and impotent. I call these people echoists”. (Malkin 2015: 11)

In other words, echosim means the fear of showing oneself as egocentric, narcissistic, and selfish. That’s because these people consider those qualities to display the kind of image that inspires rejection and criticism. As a result, they try to silence the ‘me’ in themselves as well as their own needs. In other words, they don’t want others to make them feel special. In fact, if this happens, they feel uncomfortable and may even get angry.

The story of Echo

“Echo was a nymph who lived in the forest. She had a beautiful, sweet voice and she loved to talk. In fact she always wanted to have the last word. One day, the goddess Hera punished Echo for having deceived her, and furiously told her “From this moment on, you won’t be able to speak as you desire. However, since you enjoy always having the last word, you’ll only ever be able to repeat the last word you hear.”
One day, walking through the forest, Echo met Narcissus, a handsome young shepherd. Indeed, all the nymphs were in love with him, but he rejected them.
Echo fell deeply in love with him and decided to follow him through the woods. Suddenly, Narcissus heard a noise in the branches and asked:“Is there anyone there?

When they met, Echo hugged Narcissus and he rejected her, just like he’d rejected all the others.

The Goddess Nemesis decided to punished Narcissus. While he was drinking water from a crystalline spring, he could see his image. However, he thought that his reflection was a real being and fell deeply in love with himself. He no longer cared about anything else, remaining there for fear of losing his image. Gradually, he was transforming into a beautiful flower.

Echo took refuge in caves and on mountain tops. Her physical body had disappeared due to starvation. Only her voice was left, which was always the last word spoken by anyone”.

This myth inspired psychology to identify the narcissistic personality. However, everyone forgot about the nymph, Echo. At least until recently, when the American psychologist Craig Malkin became fascinated by the role of Echo. In fact, he felt she represented the antithesis of narcissism. Furthermore, he found similarities in her behavior with some of the characteristics that certain people exhibit. Thus, he began to investigate what he called echoism.

“You are worthy. You are someone. You are the only version of ‘you’ to ever exist in the universe. You are great. You are powerful. You are special.”

The traits of echoism

An echoistic person fears being seen as vain or being the center of attention, even if they deserve it. Indeed, they’re afraid of projecting a narcissistic image and of appearing too full of themselves. As a result, they often feel uncomfortable when they receive attention, especially if it’s positive. They prefer to go unnoticed.

Echoists never express their own wishes in their personal relationships. As Craig Malkin points out: “They’re afraid of becoming a burden and it’s no exaggeration to say that they hate having needs.” Therefore, they hide them. In fact, they firmly believe that to earn the love of others, they have to demand little yet give as much as possible. This means they neglect their own needs and give too much to others which usually generates feelings of dissatisfaction and unhappiness. That’s because their emotional needs continue to exist but they aren’t satisfied.

Echoism is closely related to emotional sensitivity. As a matter of fact, it’s common for these people to exhibit extreme sensitivity from birth. However, when reprimanded, an echoist will feel embarassed. It’s suggested that echoism is a kind of defensive introversion. Indeed, these people think: “If I go unnoticed, you won’t be able to humiliate me, embarrass me, or hurt me.”

“Shame is a soul eating emotion.” 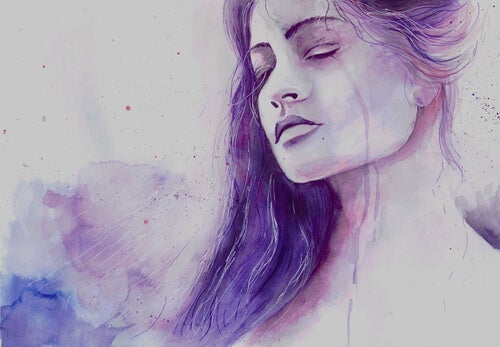 Echoism is linked to low self-esteem. In fact, these people don’t feel at all special and think that they’re worthless. Furthermore, their lack of confidence in themselves tends to become a self-fulfilling prophecy. Consequently, they’ll rarely dare to undertake projects or pursue their dreams. As a matter of fact, they have so little love for themselves that life ends up devouring them.

5. Difficulty in knowing what they want

People with an echoist personality put lots of effort into satisfying the needs of others. In addition, by hiding their desires they often lose their connection with their ‘self’. Therefore, if someone asks them what they want, they may fail to answer. In addition, not being able to express their needs makes echoists more likely to develop an emotional dependence on others. However, this is exactly what they should try to avoid.

These patterns of behavior lead, according to Malkin in an article for Psychology Today, to a rather common constant in the lives of echoists. This is the fact that they tend to fall in love with narcissists. That’s because echoists are so afraid to be the focus of others, that “they would be happy with someone who enjoys occupying the entire room, and that would be a relief”.

The problem, says the psychologist, is that “when narcissists become abusive, echoists blame themselves for the abuse” with phrases such as “I’m just expecting too much” or “I’m being too sensitive”. 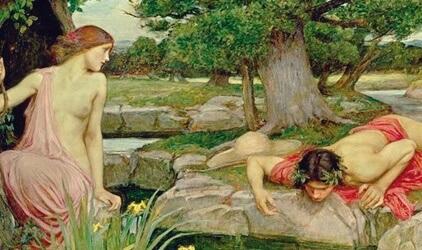 Echo Personality Disorder: Fractured Self-Esteem
Echo was a forest nymph doomed to repeat other’s words. These days, she symbolizes people with Echo personality disorder who are struggling to be heard. Read more »

The post Echoism: The Fear of Feeling Special appeared first on Exploring your mind.