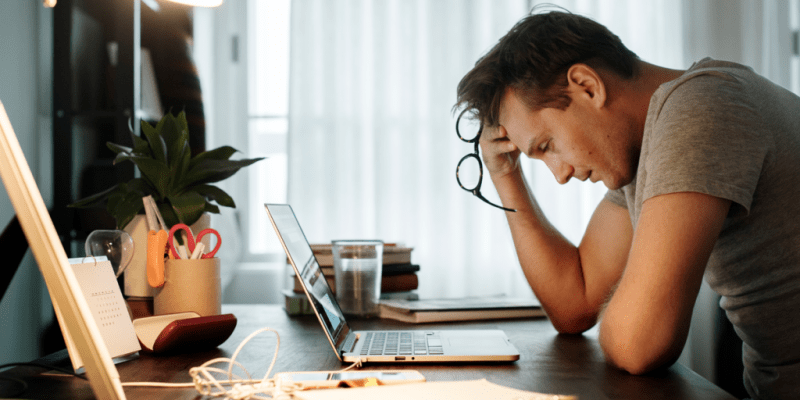 The technique of emotional decompression is used to help in states of intense and sustained stress over time. Indeed, at these times, you’re actually like a fragile balloon that’s inflated as you accumulate the worries, sadness, and discomfort that everyday life can bring you. In the end, the load is so immense you simply don’t know what to do.

Aesop said that “a crust eaten in peace is better than a banquet partaken in anxiety”. This is true. However, you tend to be forced to function in environments where banquets are held, anxiety is at a maximum level, and pressure is a constant.

There comes a time when your uncertainty, nervousness, and confusion accumulate more and more. You become ‘swollen’ with silent suffering that prevents you from reacting and even being yourself. You need tools and new approaches to deal with this emotional burden. The technique of emotional decompression can help.

Many of the unexpressed emotions accumulate within you increase your general discomfort and suffering. The technique of emotional decompression allows you to channel and understand these internal realities.

The technique of emotional decompression

Ariel Leve is a renowned American journalist famous for writing a book called An Abbreviated Life. In this work, she explains her memories, and especially her childhood. In the 1970s, she lived in a Manhattan apartment, where Andy Warhol and other celebrities of the time often threw their wild parties.

She spent those nights locked in her room, scared and unable to sleep. Added to this, she had to live with a mother (a renowned artist) with a narcissistic, fickle, carefree, and also violent personality. The suffering of those years made her accumulate a series of emotions that acted to the detriment of her physical and psychological health.

She was also aware of how this negative and uneven mood ‘infected’ her environment as well. Indeed, the accumulation of adverse experiences, complex emotions, and memories translated into trauma. The same kind that thousands of people all over the world also suffer.

The technique of emotional decompression can be useful in these cases. Let’s take a closer look.

It’s often said that the basic law of the universe responds to a principle. That’s the idea that energy isn’t created or destroyed, it’s transformed. This phrase was actually formulated by Antoine Lavoisier, and although it applies to the field of thermodynamics, it’s also useful in the world of emotions.

Thus, the technique of emotional decompression is an extremely useful resource in the context of post-traumatic stress.  In fact, Dr. Stephen Regal, an expert in trauma, conducted a study that endorsed the effectiveness of this resource in psychotherapy.

Emotional decompression consists of working on emotions, paying attention to mental schemas, and releasing what’s not useful to you, leaving space for well-being to enter.

The repressed emotional energy that you accumulate over the years is buried in the basement of your mind. That emotional dust ends up making you sick without you realizing it.

Visualization and association: naming what hurts

Emotional decompression requires you to perform a visualization exercise. Keep in mind that the complexity of the internal pressure that emotional pain generates means that you tend to be afraid to look inside yourself. However, if you carry out a simple exercise mediated by deep relaxation, it may be easier. It consists of the following:

Emotional decompression involves releasing your hidden feelings and emotions into the open in order to heal them and transform them into healthier states.

The key to emotional decompression is accepting your emotions as they are, as they come to you.

After the exercise of visualization and release or emotional release, something concrete may happen. Indeed, when releasing emotions, it’s common to suffer an emotional breakdown. All your accumulated energy is exposed and you feel overwhelmed. Furthermore, there’s an excess of sadness and even anger.

Emotional decompression requires you to keep purging and working on those emotions. It’s not enough just to remove them, you have to understand and transform them.

This is how you do it:

In essence, the technique of emotional decompression is a useful and effective resource that anyone can carry out. It’s almost like a fire, capable of extinguishing all the unpleasant sensations associated with your repressed emotions. However, it’s a complex process, and for this reason, you need the help of a specialized professional to carry it out. 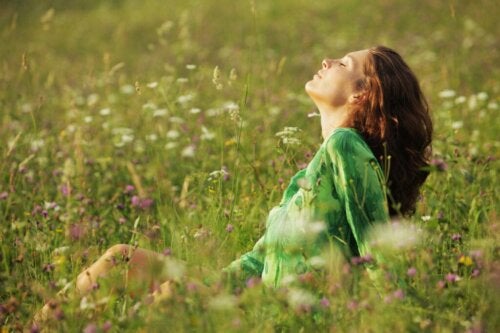 The post Emotional Decompression appeared first on Exploring your mind.