Starting from the basis that no two couples are equal, in this article, we’re going to talk about the importance of shared values in a couple. In other words, how these elements make a relationship flow between both partners in a healthy or non-toxic way. As a matter of fact, establishing specific values in a couple can lay the foundations for the relationship to function properly.

Firstly, let’s define what a couple is. It’s a group of two people in a more or less formalized emotional relationship. For example, courtship, marriage, or a domestic partnership.

Secondly, let’s define values. Values refer to those qualities or virtues that characterize a person, an action, or an object that are considered positive or of great importance by a social group.

Therefore, values are those qualities that stand out in each person and that, in turn, push them to act in one way or another because they form part of their beliefs. In addition, they express their interests and condition their behaviors.

Shared values in a couple

Medina et al conducted a study in 2005 concerning the semantic dimension of intimacy. They observed that both men and women look for someone with similar needs in a partner. Someone with whom they’re compatible, with common characteristics and similar tastes with whom they can identify.

The instrumental theory of partner selection claims that this is due to the fact that people look for someone with values similar to their own (Centers, 1975). In this way, couples are satisfied by identifying homogamous partners. In other words, those who have similar social, economic, and cultural characteristics (Rice, 1997).

“Find people who share your values, and you’ll conquer the world together.”

Rowing together in the same direction

Rowing together in the same direction can lay the foundations for a relationship to function properly or for it to improve.

The behaviors and expectations that each individual has, in this case in a couple, respond to the social beliefs and values transmitted through the socialization process to which they’re subjected (Kaminsky, 1981).

The socialization process is transformative over time. It changes social values and norms. Therefore, it’s expected that people’s beliefs and behaviors change accordingly (Díaz-Guerrero, 2003). Consequently, the expectations, values, and behaviors in a couple will also alter (García-Meráz, 2007). In fact, new parameters are created. These influence and respond to the social situation in which the couple finds themselves (Snyder and Stukas, 1999).

Working toward shared values in a couple

Establishing values in a couple is a joint effort. Furthermore, as we said earlier, every couple is unique. Therefore, their values are too.

However, we’re able to talk about some basic values that most couples agree on. For instance, love, fidelity, mutual support, generosity, mutual respect, and communication. We’ll take a closer look at each one below.

There are many types of love but they’re all woven with the same common thread. Nevertheless, telling someone “I love you” isn’t the same as saying “I want you.”

As a  matter of fact, it takes a while to progress from infatuation to established love, and, from there, to coexistence. It involves the discovering of another person, falling in love, and ultimately achieving a stable and enduring formula.

Fidelity depends on the type of agreement previously established. Indeed, every couple establishes a particular type of commitment. For example, some are exclusively monogamous while others aren’t.

Whatever the situation, when your own individual pacts are fulfilled, fidelity exists. When they aren’t, it doesn’t.

Feeling that your partner will support you, that they won’t fail you, and they’ll protect your interests at all times makes you more courageous and less vulnerable.

This is a plus point when you have to deal with adversity. It means empathizing with your partner, trying to understand them better, accepting them, and offering them unconditional support.

“Love sets the foundations for all human values.”

It may seem strange, but sometimes selfishness prevails in a couple over generosity. Indeed, there are those who find it difficult to be generous with their partners and only know how to look out for themselves. They only consider their own needs, want, and likes. This generates negative feelings.

However, being in a relationship means something more. The best way to be generous with your partner is by not thinking only of yourself. You have to put yourself in their place. In fact, you must try to understand their point of view, even though sometimes you won’t share it.

Building a relationship based on mutual respect is an essential value. For this to happen, you both have to be on the same level.

It means there’s space in your relationship for both of you on an individual level. Respect means completely accepting your partner without trying to change them in any way.

It’s a good idea to establish assertive and fluid communication in a relationship. This builds trust. As a matter of fact, assertive communication is defined by Satir (1988) as the ability to express oneself in a direct, honest and respectful way.

Indeed, opening communication channels up between you as a couple means that you both assume the commitment to share everything that corresponds to your relationship. For example, disagreements, achievements, common goals, needs, etc. Or, you learn how to do it. Indeed, good communication is always reflected in healthy relationships, along with mutual respect, affection, and companionship. 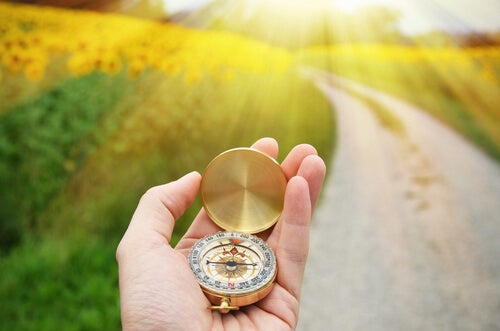 The post The Importance of Shared Values In a Couple appeared first on Exploring your mind.

There’s a Connection Between Quantum Physics and Spirituality