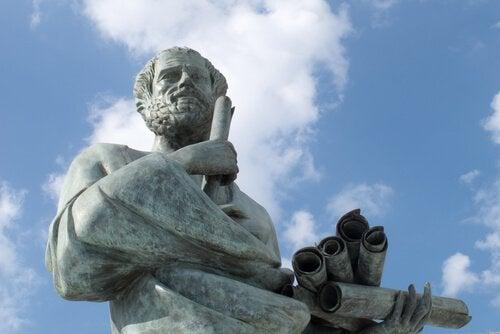 Just as in everyday life we find different definitions of this feeling, there are also different approaches to it in philosophy. Here are some of them.

“The happy are an exception who enjoy innocently their simple happiness.”

1. Aristotle and the metaphysical

For Aristotle, the most prominent of the metaphysical philosophers, happiness was the highest aspiration of all human beings. The way to achieve it, from his point of view, was virtue. In other words, if you cultivate the highest virtues, you’ll be happy.

Aristotle indicated that happiness was more a lifestyle than a specific state. The characteristic of this lifestyle is to constantly exercise the best that each human being has. He claimed that it was also necessary to cultivate prudence of character and have a good ‘daimon’ (destiny or fate). That’s why his theses on the feelings of happiness are known by the name of ‘eudaimonia’.

Aristotle provided the philosophical foundation on which the Christian church was built. Hence, there’s a great similarity between what this thinker proposed and the principles of the Judeo-Christian religions.

2. Epicurus and the hedonistic

Epicurus was a Greek philosopher who was very different from the metaphysicians. He didn’t believe that happiness came only from the spiritual world, but was connected with more earthly dimensions. In fact, he founded the ‘School of Happiness’ and reached some interesting conclusions with his ideas.

Epicurus put forward the principle that balance and temperance were what gave rise to happiness. This approach was embodied in one of his great maxims “Nothing is enough who for enough is little”.

He considered that love has little to do with being happy. However, he claimed that friendship does. He also insisted on the idea that you shouldn’t work to obtain material items, but for the love of what you do.

3. Kant and happiness as a duty

The German philosopher Immanuel Kant proposed that happiness is one of the supreme duties of the human being. As a matter of fact, according to this philosopher, it’s built from character and the ethics with which you direct your behavior. In other words, happiness is an obligation but, at the same time, your actions have to make you worthy of deserving it. He claimed that “To assure one’s happiness is a duty”.

4. Nietzsche and the critique of happiness

Nietzsche thought that living peacefully and without any worries is a desire of mediocre people, who don’t place a higher value on life. He viewed the concept of being happy as ‘being well’, due to favorable circumstances, or good fortune. However, he saw it as an ephemeral condition.

In fact, in his view, happiness would be a kind of ‘ideal state of laziness’. In other words, having no worries or fears. On the other hand, he also considered it to be a vital force, a spirit of struggle against all obstacles that limit freedom and self-assertion.

Therefore, for Nietzsche, to be happy meant being able to test the vital force, by overcoming adversity and creating original ways of living.

5. José Ortega y Gasset and happiness as a convergence

Ortega y Gasset believed that happiness is configured when ‘projected life’ and ‘effective life’ coincide. In other words, when what you want to be converges with what you really are.

Strictly speaking, this answer only asks us what this subjective state of full satisfaction consists of. On the other hand, what objective conditions will something have to have in order to satisfy us.”

Therefore, he believed that all human beings have the potential and the desire to be happy. This means that each one defines the own realities of happiness. If you can truly build those realities, then you’ll be blissfully happy.

6. Slavoj Zizek and happiness as a paradox

This philosopher suggested that being happy is a matter of opinion and not a matter of truth. He considered it to be a product of capitalist values, which implicitly promise eternal satisfaction through consumption. 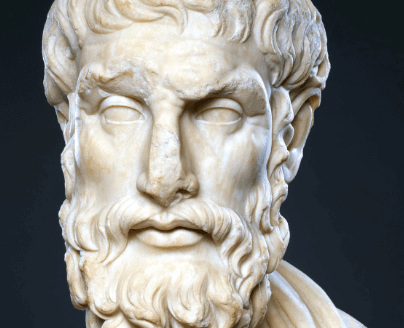 The post Six Famous Philosophers and Their Definitions of Happiness appeared first on Exploring your mind.

The Fourth Industrial Revolution: What Is It and How Will It Affect Us?