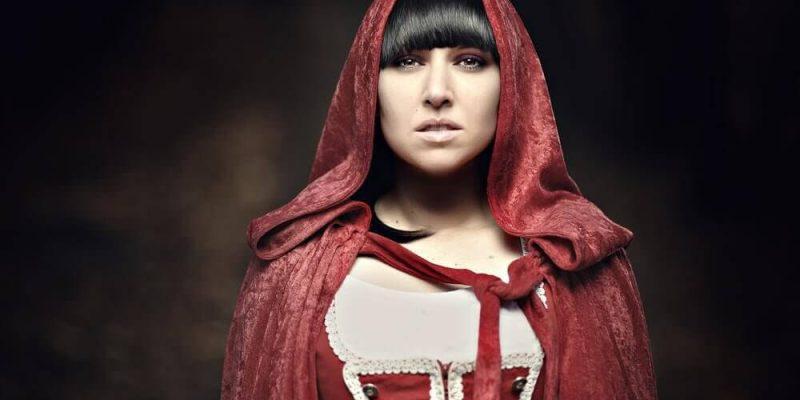 Most of the stories left to us by both the Grimm brothers and Charles Perrault were collected from local European legends and traditions of the Middle Ages. One such story is that of Little Red Riding Hood.

Many of these tales reflect the psychology, beliefs, and myths of the time, and some were imbued with a sense of magic realism. Little Red Riding Hood is one of the oldest and most notable of these kinds of stories.

According to the experts, this story is among those that have undergone the most transformations since its origin. The idea of making these changes was to censor some of the imagery in order to make it suitable for children.

The story of Little Red Riding Hood has undergone various modifications over time. For this reason, the original meanings of the story have been left behind.

However, with each change, the original intention of the story became more and more obscure. Indeed, all these kinds of tales tended to contain a doctrine or moral to follow and Little Red Riding Hood was no exception.

Charles Perrault and the Brothers Grimm

Charles Perrault was the first to relate the story of Little Red Riding Hood in 1697. He included it in his collection of popular tales, aware that this tale was unknown in Europe.

As a matter of fact, the story had its origins in the northern Alps and featured some crude imagery that needed to be changed for a children’s audience. This was the first time that the story of this young woman in the red hood reached Europe.

In 1812, the Brothers Grimm also decided to include the story in their collections. They based their story on the work of the German writer, Ludwig Tieck, entitled The Trials and Tribulations of Little Red Riding Hood. Unlike Perrault’s tale, this story included the character of the huntsman.

The story of Little Red Riding Hood didn’t appear in its original form because there were many elements that were censored as they were unsuitable for children.

The story of the real Little Red Riding Hood

As we mentioned earlier, this story has its origins in an isolated region of the Alps. The purpose of the story is to warn the reader that certain things are forbidden for the human race, both as a community and a group. In the legend, the protagonist is a teenager, a young woman who’s just entered the world of adults. As a matter of fact, her red cape symbolizes menstruation.

This young woman receives an order from her family. She must cross a forest to bring bread and milk to her grandmother. As you can see, so far there aren’t too many variations with the original story. Nevertheless, we need to analyze each gesture and image in this particular version.

The forest represents danger, a risk zone for young people. It also signifies a test, like a rite of passage symbolizing a child’s move into the world of adults.

The forest’s main danger is the wolf. This animal symbolizes savagery and the irrational. Something that Little Red Riding Hood already knows and that she must face. Nevertheless, the young woman manages to cross the forest and happily enters her grandmother’s house, who’s in bed because she’s ill. All very similar to the classic tale. However, it’s then that the changes come.

The grandmother tells the young woman to put away the milk and bread and to eat the meat in the kitchen that’s been prepared for her. Little Red Riding Hood agrees and hungrily devours the meat. The grandmother then gives her another order. She must take off all of her clothes and burn them in the fire one by one, then lie down next to her on the bed.

The tale of Little Red Riding Hood is extremely rich in symbolism.

The solicitous young woman agrees without a moment’s hesitation. She doesn’t even think about the strangeness of the situation. However, just when she’s about to get into the bed, she discovers that her grandmother is actually the wolf in disguise. Furthermore, that the meat she just ate was actually her grandmother. Therefore, she’s committed the great sin of cannibalism. Later, the wolf eats her.

The symbolism is implicit in each character. For example, the wolf represents the sexual and violent world. The old woman, who’s been eaten by a young woman represents the replacement of the obsolete by the new. However, at the same time, the new is presented as reckless and naive when Little Red Riding Hood commits one of the greatest sacrileges of humanity: cannibalism. Therefore, as you can see, one of the most classic and beloved stories of our childhood actually contains an extremely dark side.

As we mentioned earlier, the version of Little Red Riding Hood by Charles Perrault wasn’t the first. Its origins are older. There’s even an old Belgian poem that tells the story of a girl with a red cloak who meets a wolf.

However, Perrault decided to remove the cruelest elements of the original versions, such as cannibalism, with the aim of giving a moral lesson to the young woman. In this case, Perrault wanted to punish Little Red Riding Hood for speaking to strangers, the wolf being the representation of them.

In fact, most of Perrault’s stories contain explicit morals and on Little Red Riding Hood, he wrote the following:

Little girls, this seems to say,

Never stop upon your way,

No one knows how it will end.

As you’re pretty, so be wise,

Wolves may lurk in every guise.

Handsome they may be and kind,

Now, as then, tis simple truth:

With this rhyme, the moral lesson he wanted to leave to young women who establish relationships with strangers was evident. Indeed, he was emphasizing the sexual nature of those encounters. It’s pertinent to mention that Perrault is also the author of other famous stories such as Thumbelina, Cinderella (The Glass Slipper), and The Sleeping Beauty in the Wood. 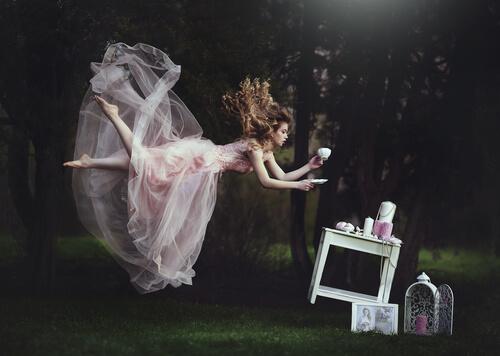 Fairies and Witches: Female Stereotypes in Fairytales
Traditional children’s literature represents a sexist view of reality. The myths about fairies and witches are some of the most prominent ones. Read more »

The post The Original Story of Little Red Riding Hood appeared first on Exploring your mind.