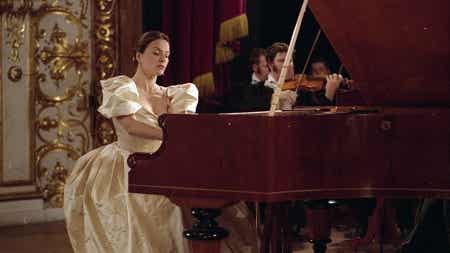 Have you ever heard of Clara Schumann? You can count those who were popular in the 19th century with one hand. Perhaps you’re imagining a languid, angry, and submissive young woman when you think of a talented musician from that era. Are you ready to change your mind?

In an era marked by modesty and “proper” manners, and exacerbated religiosity and austerity, the role of women was, to say the least, servile. Condemned to housework and child-rearing, millions of women abandoned their appetite for knowledge, as they had no other alternatives.

Only a few remained impassive thanks to a privileged family and economic position. Clara Schumann, a composer and pianist, was one of them.

“Is an artist much more than a beggar?”

The daughter of a piano teacher and a renowned singer and pianist, Clara’s father trained her as a concert pianist. She practiced endless hours a day from an early age in order to meet her father’s expectations and never complained about it.

Soon after, she began to perform recitals, and these became her best letter of introduction. The first was at the well-known Gewandhaus concert hall in Leipzig, and several others followed as part of a tour in Paris in 1830. It turned out to be her leap to fame.

Clara began to compose music in the wake of her early triumph. In 1837, she published her “Quatre Polonaises” pour le pianoforte. By then, she also played the violin and was well-versed in counterpoint. Her voice was melodious and her musical knowledge extensive.

However, the young woman never thought she was good enough, despite her undeniable talent. She constantly compared herself to her male counterparts. In fact, she thought she was ugly and often felt under great pressure, burdened by her father.

Although she didn’t compose a lot of music, the ones she did were splendid. The reason for her self-boycott might’ve been the constant anxiety caused by several episodes in her life.

Her parents’ divorce, the death of some of her children, her husband’s suicide, and her role as a devoted wife and mother (as well as a concert pianist) marked her life, not exactly for the better.

Robert Schumann and the beginning of the end

Clara’s father took in a young piano student, Robert Schumann, when she was 11 years old. They soon became close friends despite the age difference (he was nine years older). Then, they became lovers.

In 1937, when they turned 18, Clara and Robert asked her father for permission to marry. The music teacher refused, and his reaction meant the beginning of the end of his relationship with his daughter.

The young lovers were finally able to marry after several years of legal battles. It was the day before Clara’s 21st birthday. She later resumed correspondence with her father but things never went back to the way they were.

The fear that his daughter was with a “loser” distressed him, even though she tried to convince him that everything would be all right. Unfortunately, Robert had a home accident and severely injured one of his hands shortly thereafter. This meant the end of his career as a pianist but, far from being a misfortune, it allowed him to devote his time to music criticism and composition.

Two men and a destiny

For years, Clara interpreted, edited, and modified Robert’s compositions. He appreciated his wife’s opinion and truly admired her. However, the arrival of a new character in their lives soon disrupted everything.

Johannes Brahms was a young concert pianist who quickly befriended the couple. He visited their house regularly and they all shared interesting evenings, as he got along quite well with the couple’s children. With their mother, he connected in a very special way, since both had very similar sensibilities.

Therefore, it isn’t surprising that Brahms eventually fell in love with Clara and told her about it countless times, despite the fact that she was married and about 15 years older. There’s no information about the beginning or the duration of their relationship. However, he was already supporting the family before and after Robert’s death.

The lovers moved to Vienna along with her children after their father’s death and remained there until the day the couple died, a year apart.

Clara Schumann’s brilliant musical career came to an end in parallel with her life: gently, subtly, elegantly, and tragically. 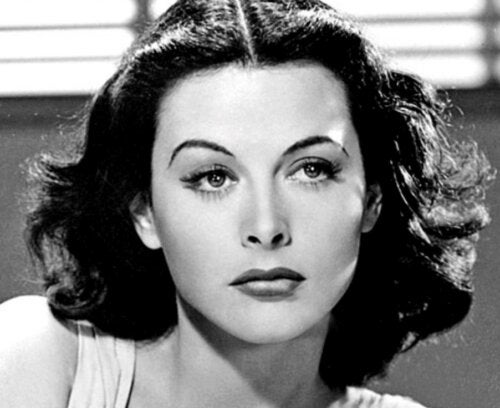 Hedy Lamarr, a Beautiful Genius
Hedy Lamarr was a remarkable woman. She was both a Hollywood actress and a brilliant inventor. Learn about her often troubled life here. Read more »

The post Clara Schumann, a Pianist of the Romanticism appeared first on Exploring your mind.

Daniel Kahneman – Biography of the Nobel Prize-Winning Psychologist and Author

The Light Triad of Personality Traits