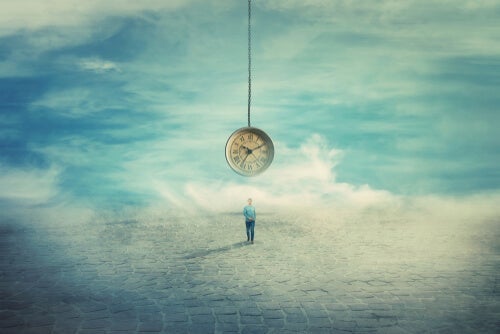 Daniel Kahneman received both a Presidential Medal of Honor and a Nobel Prize. This Israeli-Ameican psychologist was co-recipient of the coveted Nobel Memorial Prize in Economic Sciences in 2002. The brilliant work focused on his integration of psychological research into economic science. Kahneman’s pioneering work examined human judgment and decision-making under uncertainty. He shared the award with American economist Vernon L. Smith.

“Optimistic people play a disproportionate role in shaping our lives. Their decisions make a huge difference. Furthermore, they’re inventors, entrepreneurs, political and military leaders – not average people. They got to where they’re by seeking challenges and truly taking risks.”

Professor Daniel Kahneman was born on March 5, 1934, in Tel Aviv, Palestine [now Tel Aviv–Yafo, Israel. He spent the early years of his life in Paris, France. His immigrant parents brought up and raised him in this rich European city. In 1946, he returned to Palestine. He received his bachelor’s degree in psychology with a minor in mathematics) from the Hebrew University of Jerusalem.

In 1954, the Israeli Defense Forces drafted him. He mainly served in its psychology branch. In 1958, he went to the United States of America. This highly clever student earned his Ph.D. in Psychology from the prestigious University of California, Berkeley, in 1961.

In 2007, he retired from both posts as emeritus professor. He was on the editorial boards of several academic journals, notably the Journal of Behavioral Decision Making and the Journal of Risk and Uncertainty. Daniel Kahneman also served as a visiting scientist in two universities, including the University of Michigan as well as at the Applied Psychology Research Unit in Cambridge.

He developed a cognitive basis for common human errors, based upon heuristics and biases. He also proposed prospect theory which concentrates on people’s real-world judgments in making decisions. It suggests that people choose alternatives when they know the outcomes of the alternatives they choose. On the other hand, people use heuristics when they make their decisions.

Daniel Kahneman began his Nobel prizewinning research in the late 1960s. In order to increase understanding of how people make economic decisions, he drew on cognitive psychology in relation to the mental processes you use in forming judgments and making choices. Kahneman’s research with Tversky on decision-making under uncertainty resulted in the formulation of a new branch of economics.

This new branch features the name “prospect theory”, which was the subject of their seminal 1979 article. They named it Prospect Theory: An Analysis of Decisions Under Risk. Economists previously believed that several things determined people’s decisions. For example, the gains you expect from each possible future scenario, multiplied by its probability of occurring. Although if people make an irrational judgment, giving more weight to some scenarios than to others, their decision changes.

It’ll be utterly different from what traditional economic theory predicted. Kahneman’s research is about surveys and experiments. It proves that participants were incapable of analyzing complex decision situations when the future consequences were uncertain. They instead relied on heuristic shortcuts, or rules of thumb, and few people evaluated the underlying probability.

Daniel Kahneman was bestowed with the Nobel Memorial Prize in Economic Sciences. The University of Louisville also honored him with the Grawemeyer Award for Psychology nearly two decades ago. Kahneman’s beloved home country honored him as the 101th Israeli of all time. In fact, there was a public poll conducted in Israel by the news channel YNET.

The psychologist currently serves as a professor emeritus of public affairs and psychology at the Princeton School of Public and International Affairs. He serves as a member of the National Academy of sciences and many other prestigious institutions. These include the likes of the American Academy of Arts and Sciences, the Philosophical Society, and the American Psychological Society. Additionally, he serves the Econometric Society and the Society of Experimental Psychologists.

Kahneman even possesses entrepreneurial skills. He’s a co-founder of a philanthropic and business consulting company named the Greatest Good. One of his greatest accolades includes the Lifetime Contribution Award for the American Psychological Association. He also won the Distinguished Scientific Contribution Award of the American Psychological Association.

In 2011, Kahneman received the Talcott Parsons Prize from the American Academy of Arts and Sciences. He won this prestigious award for his contributions to the social sciences. That year, he also published the best-selling book Thinking, Fast and Slow, providing an adept distillation of his work. His other genius books include Noise: A Flaw in Human Judgment. He co-wrote it with both Olivier Sibony and Cass R. Sunstein.

In 2013, Kahneman was awarded the U.S. Presidential Medal of Freedom. According to Harvard psychologist Daniel Gilbert, Kahneman is simply the most distinguished living psychologist in the world, “Trying to say something smart about his contributions to science is like trying to say something smart about water. It’s everywhere, in everything, and a world without it would be a world unimaginably different than this one”.

Harvard research psychologist Steven Pinker also said, “It’s not an exaggeration to say that Kahneman is one of the most influential psychologists in history. Besides, he’s certainly the most important psychologist alive today”. Daniel Kahneman made seminal contributions over a wide range of fields, including social psychology, cognitive science, reasoning, and thinking. Most importantly, behavioral economics, a field he and his partner Amos Tversky invented.

“If people are succeeding, they look strong and good and competent. That’s the ‘halo effect.’ Your first impression of a thing sets up your subsequent beliefs.”

The post Daniel Kahneman – Biography of the Nobel Prize-Winning Psychologist and Author appeared first on Exploring your mind.

Clara Schumann, a Pianist of the Romanticism