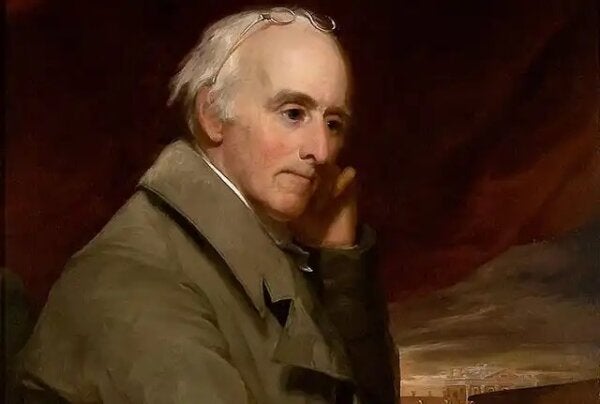 Benjamin Rush is the father of American psychiatry. He was an extremely interesting character. A doctor by profession, he addressed various fields of health, including mental disorders. One of his first works on the subject was An Inquiry Into the Influence of Physical Causes Upon the Moral Faculty: in 1786.

However, his most famous book was Medical Inquiries and Observations, Upon Diseases of the Mind. He wrote it in 1812. It’s believed to be the first book of the new continent to be written on psychiatry. Indeed, his interesting notes boosted this branch of medicine in America.

“Unless we put medical freedom in the Constitution, the time will come when medicine will organize itself into an undercover dictatorship. To restrict the art of healing to one class (of men) and deny equal privileges to others will constitute the Bastille of medical science.”

However, Benjamin Rush wasn’t simply a brilliant doctor. He was also a great activist and fought for his country’s independence. In fact, he signed the Declaration of Independence. He’s a great libertarian.

The early years of Benjamin Rush

Benjamin Rush was born in Philadelphia on January 4, 1746. He came from a family of British immigrants. They arrived in the country less than a century earlier. His father died when he was just six years old. Nevertheless, his mother made sure he received an excellent liberal education.

Rush received his basic education at the academy in Nottingham, Maryland, which was run by his uncle. He later studied at the College of New Jersey (now Princeton College), where he trained as a physician. He was persuaded to obtain his doctorate in medicine at the University of Edinburgh. At the time, this was one of the most prestigious universities.

He earned his medical degree there. During this period, he met some of the most important intellectuals of the time, including Benjamin Franklin. When he finished his studies, he returned to Philadelphia and began to practice there. He also became a professor at the Perelman School of Medicine from the University of Pennsylvania.

Rush was convinced of the benefits of bloodletting. This was quite a common medical practice in the 18th century. He also developed his own therapy for treating yellow fever in the epidemic of 1793. This was a strong laxative he made by mixing mercury and jalap, an ancient Aztec medicine.

Then, he’d use the process of bloodletting. This meant cutting the patient and letting the blood flow out. He used this procedure on up to 100 patients per day. However, Rush offered no theoretical arguments to justify this process. Many criticized him for this. In fact, many of his contemporaries considered the process to be dangerous. Nevertheless, many of his patients were cured.

They started to call Rush “the Prince of Bleeders”. Although he had his critics, this didn’t stop him from becoming Professor of Chemistry at the medical department of the University of Pennsylvania. In fact, he was the first person to hold that position in the United States.

He didn’t stop at bloodletting and using Aztec drugs. In fact, he soon ventured into the field of psychiatry. Initially, he concerned himself with better treatment for mentally ill patients in hospitals. This was because they were subjected to beatings and humiliations. Rush completely opposed these practices.

He later employed his bloodletting on psychiatric patients. He also used cold showers. These therapies were widely accepted at the time and considered valid. The goal was to reduce the patient’s mental agitation. Rush also invented the tranquilizer chair.

This was a chair where the agitated patient was strapped at the chest, abdomen, ankle, and knees. Then, a wooden box was placed on their head. This way, they were isolated from visual and auditory sensations and their agitation ceased. This method also reduced blood flow to the brain. Indeed, it was often successful in calming patients.

We remember Benjamin Rush as a great physician and humanist. He was opposed to slavery and believed that respecting the rights of the individual was the basis of a successful society. In the spring of 1813, he contracted a fever and died five days later. People called him the Pennsylvania Hippocrates. 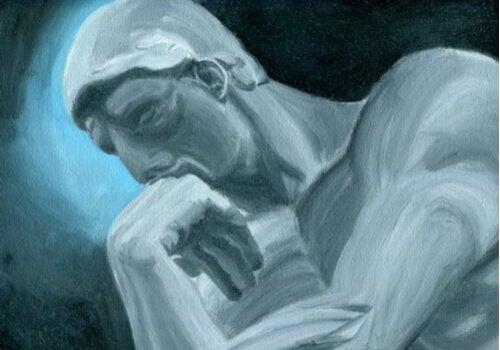 The post Benjamin Rush, the Father of American Psychiatry appeared first on Exploring your mind.

The Innocent, a Series about Chance