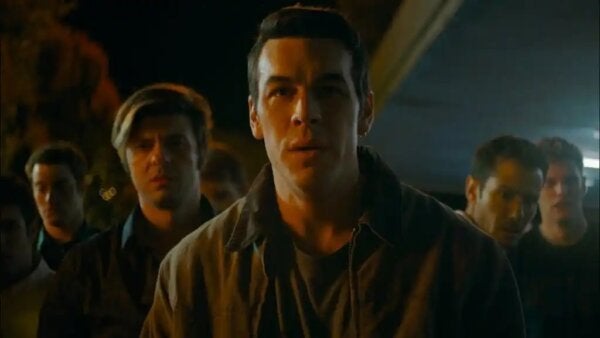 The eight-episode Spanish mini-series The Innocent proved to be a tremendous success. This series has firmly established the director, Oriol Paulo, as an essential figure in the world of Spanish thrillers. In fact, his acclaimed film The Invisible Guest is the most-watched Spanish film of all time in China. The entire Asian market has its eye on the works of this Barcelona-born director.

A few years ago, Netflix made a deal with writer Harlan Coben to adapt some of his novels to the screen. The Innocent is Coben’s latest adaptation. Although it was moved to Spain, none of the story’s original elements that made the novel a success 16 years ago were lost.

This series was a large-scale Netflix production.

The Innocent, an addictive series

Many viewers were hooked on this series. In fact, it’s proved to be far more addictive than others of its kind. Indeed, once you get to know the characters and various plotlines, it takes you over and you just have to keep watching.

From the beginning, you can see that the TV series is going to be one of suspense and action. A great deal happens in each episode and there’s a suitably dramatic ending.

However, it isn’t a Hitchcock mystery. In fact, in this production, the goal isn’t to find out who the culprit is. Instead, it concerns a series of consequences that follow on from one criminal act.

Once you start watching this mystery, there’s no turning back. Be prepared for a long watch.

The right to a new life

Mat Vidal (Mario Casas) studies law. One evening, he goes to a party with his brother, Isma (Jordi Coll). While talking to a girl named Eva (Ariadna Carbol) at a club, one of his friends, Hugo (Alejandro Albarracín) becomes jealous. He fights with Isma.

Mat accidentally kills a man named Daniel (Eudald Font) by pushing him against some rocks and splitting his head open. This event marks the beginning of the series where Mat has become a murderer and has to pay for his mistake in prison.

After serving his sentence, Mat starts to rebuild his life. His brother Isma gives him a job at his law firm. Olivia, a girl he met on leave from prison, comes back into his life and they marry. Then, Isma dies suddenly, leaving Mat at the head of the firm. Mat and Olivia find out that they’re going to become parents and start looking for a house to buy.

Mat makes contact with the mother of the boy he killed, Sonia (Ana Wagener). They meet frequently. In fact, Mat sometimes pretends to be Dani to help Sonia feel better and to assuage his own guilt.

Unlike the original New Jersey setting of the novel, the series is based in Barcelona and Marbella. Mat isn’t a particularly powerful character in the series. Nevertheless, he provides the foundation on which the twists in the story are built.

However, it’s the women who steal the show. There’s Mat’s wife, the enigmatic Olivia (Aura Garrido), who appears in seven episodes. Then, there’s the brilliant and tormented detective, Lorena (Alexandra Jiménez).

In the first few moments of the series, everything seems to make sense. You think Mat’s simply rebuilding his life after a traumatic event. However, everything suddenly changes.

In fact, the perspective moves in the second episode to that of Inspector Lorena Ortiz. She was abandoned in an orphanage after seeing her father commit suicide when she was six. Years later, she’s called to the same orphanage to investigate the apparent suicide of a nun.

However, the nun clearly didn’t commit suicide. The ensuing investigation connects to the lives of Mat and Olivia. To add more intrigue to the story, a strip club in Marbella plays a part and special crime officer Teo Aguilar (José Coronado) enters the scene to investigate. He may or may not have a hidden agenda.

Oriol Paulo, Jordi Vallejo, and Guillem Clua try not to throw too many false leads into this mystery that revolves around Mat Vidal. He’s trying to prevent his life from being destroyed. However, the links to the incident that sent him to jail in the first place are still there.

Fate, guilt, and the right to a second chance

In the first episode, Mat’s reckless killing introduces you to one of the main storylines. The possibility that, in one second, a chance occurrence can change your entire life.

Mat’s subsequent imprisonment and brutalization in prison show that not only your destiny can change but what you can become due to chance.

Mat’s innocent. However, you doubt his intentions.

Since that event, Mat was never the same and felt guilty for the rest of his life. In fact, the director also plays with the idea of guilt and blame in the lives of the other characters. This makes them more human, which contrasts with the violence and sordid settings of the show.

The series seems to pose the question as to whether the characters actually deserve second chances and if they took advantage of them. Watch the show to decide which character you’d give a second chance to.

The post The Innocent, a Series about Chance appeared first on Exploring your mind.