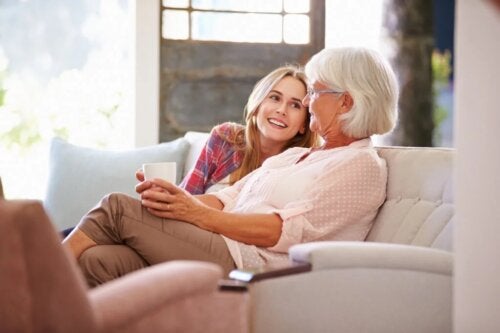 The hopelessness that comes with depression can make living with eating disorders quite challenging. However, when you lessen the depressive symptoms you struggle with, you’re much more likely to start experiencing success. Not only will you overcome the depression, but also the eating disorder. A growing majority of people find flaws with their bodies, scrutinizing every detail.

Given the continued societal pressures to achieve this “thin ideal”, feelings of inadequacy about people’s bodies arise. They feel depressed, often leading them to take extreme measures to improve their body image. A negative body image and low self-esteem are two potential factors in developing an eating disorder. Nevertheless, symptoms of depression can put someone at risk.

With the introduction of the COVID-19 pandemic into daily life, the past months brought additional risk factors for developing depression and other disorders. Social isolation led to increased loneliness, while creating a shift in daily routine. It additionally fractured support systems, which can be a primary source of comfort.

For those suffering from an eating disorder, these changes resulted in countless hours ruminating on food and body image. This usually leads a person to have negative thoughts and behaviors. Recent research also indicates an increase in symptoms of depression and anxiety, correlating with increased eating disorder behaviors.

Before we can understand the connection between depression and eating disorders, it’s important to learn about depression. While we all feel sad, moody, or low from time to time, some people experience these feelings intensely. They do it for long periods of time, weeks, months, or years, and sometimes without any apparent reason. Depression is more than just a low mood.

It’s a serious condition that has an impact on both physical and mental health. Depression affects how a person feels about themselves. People may lose interest in work, hobbies, and doing things they normally enjoy. Others may lack energy, have difficulty sleeping, or sleep more than usual. Some people feel anxious or irritable and find it hard to concentrate. Check out these common symptoms of depression:

Those who suffer from depression may exhibit a suppressed appetite, trouble sleeping, or loss of interest in previously enjoyed activities. Sufferers also exhibit difficulty concentrating and lack of energy. Additionally, the risk of suicide is higher for those who suffer from both anorexia and depression according to a study by the Diagnostic and Statistical Manual of Mental Disorders.

The relationship between depression and eating disorders is complex because depression can make a person struggle with unhealthy eating patterns, while the disorders can lead to feelings of depression. For women who developed a disorder that co-occurs with depression, these overlapping symptoms can lead to a destructive cycle. It involves disordered eating and feelings of hopelessness that can make recovery that much harder.

What are eating disorders?

Eating disorders involve an unhealthy preoccupation with eating, exercise, and body weight or shape. Distorted thoughts and emotions about body image and self-worth can lead to marked changes in eating and exercise behaviors. These may include excessive dieting, fasting, overexercising, vomiting, binge eating, or taking medications such as weight loss pills, diuretics, enemas. and laxatives.

An unhealthy relationship with food is an attempt to deal with emotional issues, including negative feelings and low self-esteem.

Mental disorders are common and increasingly prevalent. In the United States, one in four people knows someone who experienced an eating disorder.  About two to three in every 100 American females has anorexia or bulimia nervosa. Around four in 100 Americans have symptoms of binge eating disorder. It isn’t uncommon for a person to progress from one mental disorder to another. Furthermore, mental disorders can affect people from any age group, gender, or socioeconomic and cultural background.

Unfortunately, people with anorexia nervosa consider themselves overweight, even though they’re dangerously thin. The process of eating is obsessive. Unusual eating habits develop, including avoiding food and meals or carefully weighing and portioning food. Another habit is picking out a few foods, eating them in small quantities. Sufferers repeatedly check their body weight, engaging in techniques to control their weight.

Bulimia nervosa is characterized by recurrent and frequent episodes of eating large amounts of food. Sufferers feel a lack of control and over-eat. This binge-eating follows purging (vomiting, use of laxatives or diuretics), fasting, or excessive exercise. The weight of people with bulimia falls within the normal or healthy weight range but, like those with anorexia, they fear gaining weight.

Thus, they wish to lose weight and feel intensely dissatisfied with their bodies. Like those with anorexia, people with bulimia have coexisting psychological illnesses like depression, anxiety, or substance abuse. Many physical conditions also result from their behavior, including electrolyte imbalances and gastrointestinal problems.

Binge eating disorder is the most common disorder, especially in America. It typically begins during adolescence and early adulthood, although it can develop later on. People with this disorder have symptoms similar to those of bulimia or the binge eating subtype of anorexia. For example, they eat unusually large amounts of food in relatively short periods of time.

They feel a lack of control during binges. Sufferers don’t restrict calories or use purging behaviors, including vomiting to compensate for their binges. Obese people with the disorder have psychological disorders, like personality disorders. Obesity is associated with cardiovascular disease and hypertension.

The benefits of treating depressive symptoms

Research shows that, when people suffer from a disorder that occurs with depression, aiding them to decrease their depressive symptoms helps. In other words, it can positively affect their eating disorder recovery. Researchers conducted a study on 31 women ages 19-50 who had bulimia nervosa and co-occurring depression and found that many of the women’s bulimic symptoms began to improve.

This happened only when their care team helped them reduce their depressive symptoms via therapy. As a part of the study, the women took part in 16 weeks of interpersonal psychotherapy. It was aimed at helping them process the scary feelings and stress they experienced. The therapy also relieves the hopelessness and worthlessness associated with depression.

For some women, there are numerous benefits to focusing on depressive symptoms in the initial stages of treatment. Are you considering finding a treatment for your mental disorder? It’s essential that you complete a detailed assessment that identifies every condition you may be facing. This ensures you get the comprehensive treatment you need.

There are many different treatment options for people who live with both an eating disorder and coexisting depression. Every person has different life experiences that affect the way these conditions impact them. Hence, it’s essential to find the type and level of treatment that best fits your needs. Various levels of care can help you start the recovery process. It all depends on the nature and severity of your symptoms. Some of them include:

In short, it’s important to recognize just how individual the healing process is. If you struggle with multiple eating disorders and illnesses, reach out for professional help. Only an expert can successfully provide solutions. You’ll be assessed to determine the right type and level of care for you.

“The best cure for worry, depression, melancholy, and brooding is to go deliberately forth. Next, try to lift with one’s sympathy the gloom of somebody else.”

The post Eating Disorders and Depression – Understanding the Connection appeared first on Exploring your mind.