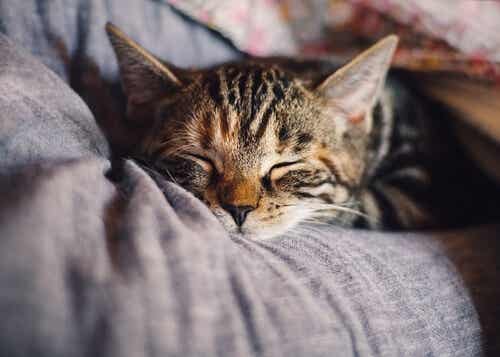 Is it good to sleep with your dog in bed? People love sleeping with their dogs, and it’s safe to say the feeling is mutual. Often considered part of the family, the chemistry between dogs and people is undeniable. That’s why 56 percent of dog owners report that they sleep next to their dogs. Cuddling up with your four-legged pal feels good. Although it isn’t without problems, including sleep interruptions.

Are you feeling guilty about leaving your fur babies in a crate at night? In fact, they’re called puppy dog eyes for a reason. Are you secretly hoping you’re doing the right thing by keeping them out of the bedroom home? You surely fall in the category of trying to justify snuggling up to your shaggy best friend at night. Even so, among pet owners, we tend to stand divided, especially those of us with human sleeping partners.

“The world would be a nicer place if everyone had the ability to love as unconditionally as a dog.”

The number of people who sleep with their pets

Whether you want to co-sleep with Fido or prefer your own dander-free snooze zone, remember that you aren’t alone. In other words, when it comes to other pet owners, many of them sleep with pets. Are you ready to determine where exactly you stand compared to the rest of the world? Or at least the rest of the pet-owning world that responds to surveys. Let’s clarify that when we refer to pets in this article, we largely refer to cats and dogs.

Whether there’s hope for change largely depends on the size of your cat. It also depends largely on your willingness to get scratched. Are you feeling better or worse about your situation after hearing those vital behavior statistics? Don’t jump to any conclusions just yet.

The overall health effects of having a pet

Having a pet is a different experience for just about everyone. It all depends on the type of animal, size, age, and whether you have allergies. However, for those that own dogs and cats, the findings show there are significant health benefits. One study found that pet owners get significantly more exercise than non-pet owners, especially when they have dogs. Additionally, these people were significantly more positive about the neighborhoods they lived in and had more diverse social circles.

A report from the Centers for Disease Control and Prevention shows that having a pet is highly beneficial. Pet owners have lower blood pressure, lower cholesterol, less stress, and loneliness. These benefits mean cats and dogs make great therapy or service animals when they’re well-trained. Most importantly, they can improve your health in many ways. Does this mean they should sleep in our beds?

“No matter how little money and how few possessions you own, having a dog makes you feel rich.”

Pets and sleep: what science says

There are hundreds of people’s opinions about pets circulating the Internet and social media, though we’re more interested in what the experts think. “We found many people actually find comfort and a sense of security from sleeping with their pets,” says Krahn. Dr. Lois Krahn works at the Mayo Clinic. The University of Alberta found that, if chronic pain patients sleep with dogs, it regulates their sleep patterns and lowers their stress levels.

Furthermore, exposing them to the sun early in the morning when they take them out. Dogs also provide patients with comfort when they’re in pain. According to research, adults sleeping with a pet in the room achieved an above satisfactory sleep efficiency percentage. They spent much more time asleep throughout the night than necessary to receive the important benefits.

For those sleeping with their cat or dog in their bed with them, the number was lower, though satisfactory. This study was also conducted by the Mayo Clinic. When it comes to your relationship with your pet, letting them sleep with you may strengthen your bond.

A study in Hungary shows that dogs feel a secure attachment to their owners, similar to the attachment a child feels toward their parents. In some dogs, separation even for the night may cause anxiety. When you allow them into your room to sleep in your bed, they may rest better knowing you’re nearby. Even so, you should consider the effects of reinforcing behavioral issues like separation anxiety before caving on this one.

For those with allergies, sharing the bed with their pets could seriously aggravate their symptoms. The Asthma and Allergy Foundation of America (AAFA) published a study on the subject. Continuously taking allergy medications may help you deal with the day-to-day symptoms of allergies, though some studies show this might not be great for your overall health.

Sleeping with your pet might cause you to increase your dosage or see fewer results. Some allergists recommend allergy shots to improve your body’s reaction to the allergens, though these aren’t always available for everyone. Have you noticed that your allergies worsened since you sleep with your pets? You might consider taking a long break and seeing how you feel after. In some rare cases, it seems that diseases like cat-scratch disease can transfer from pets to a human when sleeping close together.

Does the kind of pet make a difference?

Dogs are the most widely researched animal when it comes to the effects of bunking up together, and most of the research seems positive. Your personal experience will likely depend on many things. For instance, the disposition of the dog, its size, your sleeping partners, and personal preference.

According to the organization for U.S. Service Animals, dogs can be specifically trained to stop sleepwalking. Dogs also help keep owners with narcolepsy safe by waking them up, and getting help if they’re injured. According to the Journal for Sleep Specialists, dogs can be trained to help with obstructive sleep apnea, nightmares, and other sleep disorders.

For the average pooch, be aware. Studies show that dog owners are much more lenient when it comes to their sleep disruptions than they should be. While you may love their warm presence, some pets constantly move while you’re trying to rest. Consider letting them sleep in your room, though on their own beds to minimize disruptions.

Sorry cat owners. One study found that sleeping with a cat is risky. In fact, this genius study examined the effects of women sleeping with their cat, dog, or partner. Dogs tend to increase the quality of sleep, sense of safety, and comfort. Sleeping with a cat largely increased sleep disturbances and lowered the sense of security while sleeping. Have any of you ever had your face kneaded by a hungry cat at four in the morning?

According to a study, the results of sleeping with a pet may vary depending on the owner. It also largely depends on how well-behaved an animal is. This study was also at the Mayo Clinic. A calm, purring cat or a well-behaved dog may provide a comforting presence. Sadly, other pets may keep you up.

According to the American Academy of Pediatrics, for children and infants, letting a pet sleep with them poses risks. Not only does it increase the risk for SIDS, but also suffocation. The report specifically mentions that the dangers increase when cats are allowed into children’s rooms. After all, cats have a tendency to try to sleep on a child’s face or chest and obstruct breathing.

Small children’s immune systems are still developing, and allowing an animal to sleep with them can put them at serious risk for diseases such as a staph infection and even the plague, according to an NBC report. While the plague might be rare enough to not feel like a valid concern, there are even specific reports of domestic animals. They passed along diseases from using a pacifier as a chew toy and licking their owner’s wounds or mouths.

As an adult, your immune system is strong enough to fight off these diseases. Nevertheless, you probably want to give your child a fighting chance when there’s even a small chance that they could get meningitis from sharing toys with animals. As some cats and dogs carry these diseases without showing symptoms, the risk is higher than you think.

Some reports show that sleeping with a pet can help you rest, rather than detract from it. It reduces anxiety and stress. While a little later in life your animals could make good sleeping companions. At least for the first few years of your child’s life, it seems like a good idea to keep them out of the nursery. Later on, your child may benefit from snoozing with their favorite pooch.

The possible dangers to your pet

For small dogs and kittens who are still growing, a fall off of a high bed can kill them. Being rolled over in their sleep could be enough to break a bone or possibly suffocate them. Additionally, just like animals can get you sick, you can pass along viruses to them as well. It’s very difficult to say no to your beloved cuddly puppy. It could be the best thing for them in the end, especially if you have the sniffles.

According to the American Kennel Club, separation anxiety is one of the leading reasons owners get rid of their animals. If you sleep with them from a young age, you could help them develop the troublesome issue. To make the most of your relationship, crate training your young animal could be the best thing for them, even if it means you can’t snuggle at night.

Deciding whether to agree on sleeping with your fur baby is an individual decision. In some cases, it can help keep you safe, strengthen your bond, and help you sleep more soundly. In other cases, it can be dangerous for both you and them, reinforce bad behavior, or disrupt your sleep.

The best option seems to be to consider judging the decision on a case-by-case basis. If you had a blast when your childhood pet slept at the foot of your bed, this doesn’t mean your new pup will have the same effect on you. The great news is your fur baby will likely still love you either way. That’s the bottom.

“No one can fully understand the meaning of love unless he’s owned a dog. A dog can show you more honest affection with a flick of his tail than a man can gather through a lifetime of handshakes.” 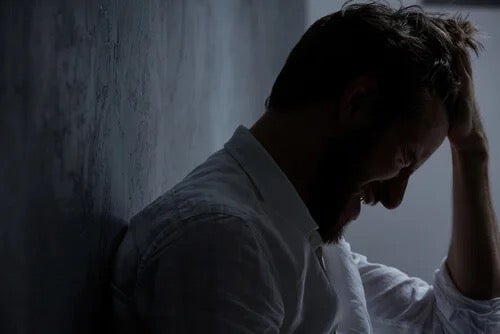 Psychotic Disorders, More Than Just Schizophrenia
Psychotic disorders tend to get lumped under the category of schizophrenia. However, there’s more of them, as this article shows. Read more »

The post Sleeping With Your Pets: the Health Benefits and Risks appeared first on Exploring your mind.