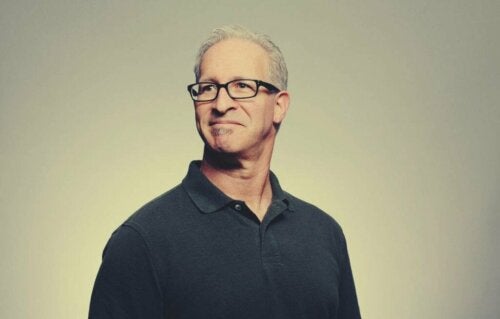 What exactly are social norms? They have collectively held beliefs about what kind of behavior is appropriate in a given situation. They range from specific customs to more general rules that govern behavior and influence our understanding of other people. For example, the Western custom of shaking hands with somebody when you meet them for the first time.

In fact, social norms are the unwritten rules of beliefs, attitudes, and behaviors considered acceptable in a particular social group or culture. Norms provide us with an expected idea of how to behave. Most importantly, how to function to provide order and predictability in society. For example, we expect students to arrive at a lesson on time and complete their work.

The idea of norms provides a key to understanding social influence in general, helping you understand conformity in particular. Therefore, social norms are standards of behavior social groups accept. In fact, today, there are many types of social groups. We’ll discuss them later. Where does the bias take place?

Let’s say you head out to walk your beloved dog and stop for some coffee at a coffee shop. As you drink the take-out coffee as you go, you check out the rundown neighborhood. Sadly, there’s a lot of litter on the ground near you. When you finish your coffee, you toss it onto the ground, instead of finding a garbage can, because clearly everybody else does it in this area.

As we mentioned above, there are many social groups. For example, friendship and workgroups. Behavior that fulfills these norms we know as conformity. Nevertheless, most of the time, roles and norms are utterly powerful. They perfectly help people understand and predict what others will do. Believe it or not, there are norms defining appropriate behavior for every social group.

For example, students, neighbors, and patients in a hospital are all aware of the norms governing behavior. As the individual moves from one group to another, their behavior changes accordingly. Norms provide order in society. It’s pretty difficult to see how human society could operate without social norms.

Thus, human beings need norms to guide and direct their behavior. Likewise, they provide that much-needed order and predictability in social relationships, helping people make sense of each other’s actions. Lastly, these are some of the reasons why most people, most of the time, conform to norms.

Social norms are often useful. In fact, norms give us roadmaps for all kinds of social situations. They provide a common foundation for members of a given culture or society to base their interactions on. However, leaders also utterly exploit social norms to manipulate people’s behavior. For example, companies or salespeople trying to persuade potential customers to buy something.

They designed common sales tactics in order to leverage norms. This way, they’ll successfully elicit the behavior they desire from somebody. For instance, the “door-in-the-face” technique. Still, when it comes to systemic effects, we behave differently. In some situations, our tendency to follow social norms can veer into conformity, leading us to behave in harmful ways.

Furthermore, we also hold ourselves back from taking action. The desire to “fit in” negatively influences our behavior. Trying to avoid being the one who goes against the grain, stifles dissenting opinions. Unfortunately, we become ignorant. We simply don’t realize many other people privately disagree with something. Besides, they also hold a different attitude than the majority.

When social psychologists and behavioral scientists talk about social norms, they don’t care about specific cultural practices. For instance, handshakes. On the other hand, broad tendencies in human behavior highly intrigue them. A lot of research in this area explored normative influence on people’s actions. In other words, how people influence each other’s behaviors.

These brilliant studies show that people are often swayed by simply observing how others act. Still, even when no one told them to act in a specific way. Another study, conducted by Elliot Aronson and Michael O’Leary at the University of California at Santa Cruz in the 1980s, proved something different. It investigated whether social norms affected students’ water consumption.

Unfortunately, the area recurrently suffered from drought. Consequently, the university put signage in campus shower rooms asking students to conserve water. They simply turned off the shower while they soaped up. Despite the signs, only six percent of students followed this request. Thus, the researchers recruited a few male students to participate in an experiment.

The researchers found that only 49 percent of students followed the behavior of the role model. Nevertheless, when they added a second role model, 67 percent conformed. People do have a general tendency to act in the same way others do. However, beyond that tendency, there are a few specific norms that often guide people’s behavior.

Social norms can strongly influence people’s behavior. Why is this the case? In many situations, we aren’t familiar with what goes on. We feel much less certain about how we should act. Likewise, we follow others’ behaviors simply because it’s our best bet. Most of the time, if people adhere to these norms, it’s thanks to pressure, including evolutionary pressure. Most importantly, with our desire to see ourselves in a certain light.

We evolved to crave acceptance

Firstly, one of the strongest drivers of human behavior is our need for belonging. Humans are social creatures, and there are many important reasons why. For example, in prehistoric times, there was no other way to survive. In a harsh ancient environment, it was crucial to maintain good relationships with others. This way, they were part of a collective. Operating as a group let them hunt larger animals. Luckily, in the modern age, we no longer need the help of our comrades to bring down a mammoth. Still, our brains retain the neural hardwiring of our ancestors.

We want to protect our self-concept

Another fundamental human need is maintaining a highly positive image of ourselves. One way to do this is to keep a consistent behavior with the norms, and, values that we gradually internalize as we grow up. As we mature, we learn the norms of our society both through observation and direct reinforcement. In other words, society rewards certain behaviors and punishes others. Therefore, by the time we reach adulthood, we have a firm set of values and a particular idea of how a “good person” behaves.

Necessarily, it isn’t bad to follow social norms. Having shared norms is important to promote many things, like a sense of social cohesion between members of a society or culture. That being said, following norms can hold us back if it makes us afraid to stand out. Moreover, they can blind us to the variety of opinions and attitudes that people actually hold.

There’s a fine line between norm-following behavior and conformity. Although both stem from some of the same causes, there’s a distinction between them. On the other hand, “normative” behavior simply involves acting the same way other people do. Conformity happens when somebody acts differently in a group than they would if they were alone. For example, when somebody endorses an opinion that they actually disagree with.

Norms give us false ideas about what other people think

Firstly, when most people conform to a norm, we assume that everybody else agrees with that norm. This gives rise to the phenomenon of pluralistic ignorance. In other words, when people privately hold an attitude or belief that’s different from the norm, though keeps publicly follow the norm. Deep down, they believe only they feel this way. This creates a sense of pressure to follow the crowd for fear of rejection. As a matter of fact, many others might be perfectly accepting of alternative opinions.

Surely, there are many social norms widely accepted in Western society. Check out these prime examples regarding public behavior. To make a good impression on other members of your community, follow these norms:

How it all started

Did you know that Muzafer Sherif conducted one of the earliest experiments on social norms and conformity? This genius experiment was in 1936. In this study, Sherif showed that what others were saying highly influenced people’s perceptions of objects, though at least how they reported their perceptions. Later, after World War II and the Holocaust, social psychologists took a very strong interest in norms.

Most importantly, in conformity. They hoped to understand why so many Germans went along with the systematic murder of so many people. Thanks to this, there were some of the best-known studies in social psychology. For example, the Asch experiments and the Milgram experiment.

In short, social norms are unspoken rules about how people “should” behave in certain situations. To avoid exploitation, take time before you return a favor. This way, you’ll avoid exploitation via the norm of reciprocity. To stop norms from affecting our decision-making, criticizing the process is useful. Lastly, practicing nonconformity also helps to be the odd one out.


How to Deal with an Intellectual Bully
Be wary of the intellectual bully. People rarely mention them but they’re quite insidious as they’re usually disrespectful and petty. Read more » 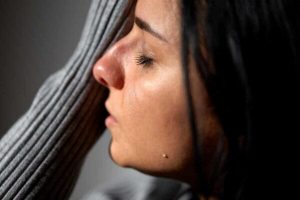 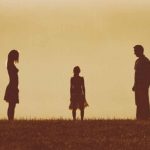 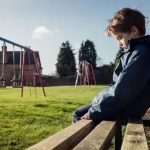 Why Do Students Drop Out of School? 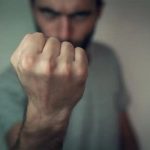 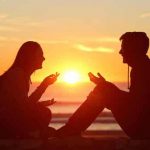 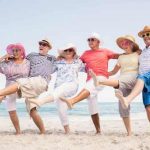 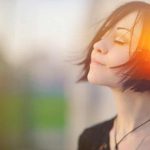