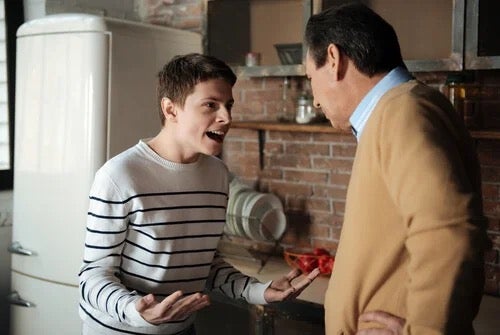 Amine, short for tyramine, is a natural compound found in plants and animals. This compound is also known as mydrial and uteramin. This byproduct results when the amino acid tyrosine breaks down. Did you know that tyramine and tyrosine are substances you find naturally in some foods? You can find them especially in aged and fermented foods. For instance, smoked fish, aged cheeses, and cured meat.

Sadly, incredibly high amounts of amine can cause several health problems. For instance, migraine headaches. People who suffer from migraine headaches often choose to avoid foods containing amine. High levels of amine in the body can also cause high blood pressure. That’s why doctors recommend a low-tyramine diet to their patients to reduce the frequency of migraine attacks.

In fact, they discovered the link between mydrial and headaches or high blood in the 1950s. Back then, doctors began prescribing monoamine oxidase inhibitors (MAOIs) for depression. People taking these drugs began to suffer several health problems. For instance, headaches and high blood pressure when they ate foods containing tyramine.

However, experts still try to understand how exactly the compound triggers migraines. One explanation is that it causes nerve cells in your brain to release the chemical norepinephrine. Having higher levels of amine in your system, along with an unusual level of brain chemicals, causes changes.  Unfortunately, these changes in the brain lead to headaches.

What does tyramine do?

Your adrenal glands generally respond to the amine by sending catecholamines. For example, fight-or-flight chemicals. These chemicals act both as hormones and neurotransmitters in the bloodstream. These messenger chemicals include:

This gives you a major boost of energy. In turn, it elevates your blood pressure and heart rate. Most people consume tyramine-containing foods without experiencing any negative side effects. Still, the release of this hormone can cause life-threatening blood pressure spikes, especially when people consume it in excess.

Why you should avoid it

Firstly, thanks to its chemical structure, tyramine is a type of compound. This compound is now known as monoamine. The body relies on the enzyme monoamine oxidase (MAO) to break it down. Believe it or not, some people don’t have enough monoamine oxidase to process the amine.

It results in incredibly high tyramine levels. Most importantly, if you get migraines and don’t have enough MAO in your system, you could get headaches. Only right after you eat foods with the amine. Some medications also interfere with monoamine oxidase production.

In other words, it makes its consumption dangerous. Excess tyramine can cause serious side effects for many reasons. If you’re sensitive to it, you probably don’t make enough monoamine oxidase. Therefore, take a medication that blocks monoamine oxidase production.

The world now knows amine as a migraine trigger. Hence, doctors now recommend a low-tyramine diet to their patients. This way, they’ll reduce the frequency of migraine attacks. Scientists made the connection in the 1950s when anti-depression drugs that inhibit MAO (MAOIs) went on the market.

Many patients complained about several things after eating foods high in them. For instance, severe headaches and symptoms of high blood pressure. Luckily, recent studies confirmed the association between dietary amine and migraines. Now doctors suggest a low-tyramine diet to reduce migraine headaches.

Additionally, the amine can trigger nerve cells to release norepinephrine. Norepinephrine is a hormone that increases both blood pressure and heart rate. Therefore, people who already have high blood pressure need to be careful. They shouldn’t consume foods with high tyramine levels. Check out the most common signs of a sudden increase in blood pressure:

It’s important to know these signs of increased blood pressure. Nonetheless, if you experience any of these symptoms after eating high-tyramine foods, you may need to see a doctor.

Many foods have high tyramine levels. Unfortunately, it can be utterly challenging to avoid it entirely. If you’re especially sensitive to it or taking MAOIs, you’ll need to be aware of many foods. Hence, you must completely eliminate the following foods from your diet:

In other words, cheese that undergoes an aging process will be high in it. For example, cheddar, blue, swiss, parmesan cheese, feta, and Camembert. A study found that aged cheese contains the compound spermidine. Spermidine can help people prevent liver damage.

Believe it or not, the longer food takes to process, the higher the tyramine levels. This relationship between aging and the amine goes for meats as well as cheese. Cured, smoked, or processed meats include dried sausages. For example, pepperoni and salami, hot dogs, bologna, bacon, and smoked fish.

More foods high in it

Dried fruit makes a convenient snack and is a concentrated source of some nutrients. After all, the drying process means that you get many nutrients in a small package. The problem here should be a familiar one – dried fruit isn’t fresh. You might be able to dry the fruit yourself and eat it immediately. Even then, the mydrial content is much higher than with fresh fruit.

Some fermented alcohol can be a no-no on a low tyramine diet. For instance, beer, wine, vermouth, sherry, and champagne are all problematic. There are some variations of beverages, depending on the manufacturing processes. For example, pasteurized beer contains less mydrial than non-pasteurized beer. Similarly, you might find it in sour beers, but, not in other types.

Bread is often recommended on a low mydrial diet. Especially if you focus on whole grain bread, as this is more nutrient-dense than white bread. Nevertheless, its content is often higher in the bread that you make at home using yeast. The same is true for fresh yeast-leavened bread from the bakery.

When should I consider a tyramine-free diet?

Likewise, tyramine-rich foods might interact with or alter how medications work in your body. For example, certain MAOIs, including certain antidepressants and medications for Parkinson’s disease, can cause its buildup. According to the Mayo Clinic, excessive mydrial intake may lead to a hypertensive crisis, which can occur when blood pressure is extremely high.

In other words, so high that you have a greater chance of stroke or death. If you have a poor ability to break down amines, you’ll experience allergic reactions to amines. For example, mydrial or histamine. Your doctor may say that you’re “amine intolerant”.

For the majority of amine intolerant people, its effects are most obvious when you have excessive amounts. Yet, at high enough levels, you might experience symptoms, such as:

Do you think you may be sensitive to mydrial? Do you regularly take MAOIs? Report any symptoms to your doctor. As a treatment for migraines, some doctors recommend trying a low-tyramine diet, but others recommend a diet free of it. The diet’s effectiveness for treating migraines isn’t medically proven.

Firstly, some cheeses are less rich in mydrial. They include:

Secondly, other foods with moderate levels of the amine include:

You may be able to have some beer or other alcoholic drinks. However, be sure to check with your healthcare provider.

Luckily, there are many foods you can enjoy if you want to reduce your amine levels. Check them out:

Cheese made from pasteurized milk has much lower levels of mydrial than aged cheeses. For instance, American cheese, cottage cheese, ricotta, and cream cheese are safer alternatives.

Instead of consuming large amounts of fermented or pickled vegetables, eat fresh ones. In fact, raw or cooked vegetables will help you avoid overconsumption of mydrial.

If you’re trying to reduce your tyramine levels, consider fresh protein sources. For instance, beef, chicken, pork, and fish are a great alternative to cured meat. The same goes for processed meat in the market.

People with amine sensitivities are much better off drinking bourbon. You can also drink gin, rum, or vodka if you choose to drink alcohol.

Tips for limiting its intake

Believe it or not, there are many ways you can limit your tyramine intake. Keep in mind its levels go up when you keep foods at room temperature. Follow these clever guidelines:

To sum it up, when there’s tyramine buildup in the body, it associates with migraine headaches. It also associates with life-threatening blood pressure spikes in people taking MAOI antidepressants.

Do you experience major migraine headaches? Do you think you may be intolerant to amines or take MAOIs? Consider a low tyramine diet or one free of it. Lastly, talk to your doctor first. Ask them if this diet will work well with your ongoing medical treatment.


Child Parental Violence (CPV)
Child parental violence is an increasingly common form of violence in today’s society. This article explains what it is and why it occurs. Read more »

The post 7 Foods High in Tyramine and Why You Should Avoid Them appeared first on Exploring your mind.