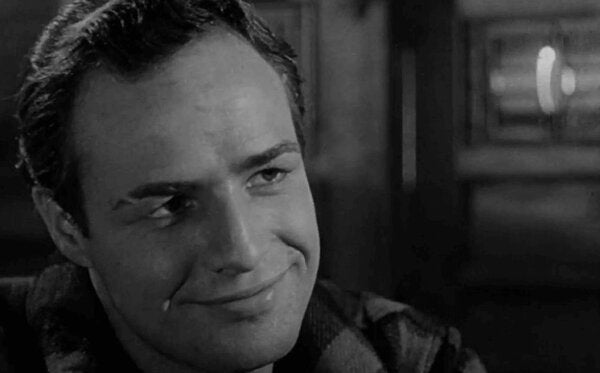 For a long time, Marlon Brando was the typical Hollywood heartthrob. A master of acting, he trained at the famous Actor’s Studio with one of the disciples of the famous director, Konstantin Stanislavski. However, Brando was a deeply tormented man who never managed to be at peace with himself.

Many people have written biographies about Marlon Brando. Some are broadly fictitious, while others are more real. One thing that they all tend to agree on, however, is that this wonderful actor was tormented.

“The more sensitive you are, the more certain you are to be brutalized, develop scabs, never evolve. Never allow yourself to feel anything, because you always feel too much.”

Brando revolutionized the world of acting. He was deeply committed to art and had little regard for commercial films. Furthermore, he greatly influenced other actors like Al Pacino, Robert de Niro, Jack Nicholson, and his great friend, Johnny Depp.

Marlon Brando was born in Omaha (Nebraska, USA) on April 3, 1924, to a wealthy family. His father, his namesake, was a producer who never acknowledged his son’s talent. His mother was an actress who worked in local theaters. Historians say she suffered from bipolar disorder. Apparently, Brando saw her coming and going from the house with many different men, some of whom were violent to her. Both of his parents were alcoholics.

Marlon was extraordinarily good-looking from when he was a child. In fact, they say that he deliberately neglected his appearance in order to reduce the impact he had on those around him. He was also expelled from several schools due to his indomitable spirit.

Some have suggested that, from a very young age, he had a tendency to physically punish himself. This could have been as a form of rejection of his good looks. Or perhaps it was an extreme form of manifestation of his father’s rejection of him.

The acting career of Marlon Brando

In 1943, Brando left for New York where his two sisters, who he adored, lived. There, he enrolled in the acting classes of Stella Adler, Stanislavski’s disciple. When she first saw him, she asked, “Who’s this tramp?” He replied, “Marlon Brando”. Two weeks later, he became her favorite student.

Those who knew him then said he was passionate about acting but always had an aura of sadness. He loved his mother deeply. In fact, it was she who initially inspired him in his attraction to art. At the same time, he wanted to see her escape from his father, a hardened womanizer who showed her no respect.

They say that before he went to New York, he spent a long time dealing with his mother’s alcoholism. In fact, he spent nights looking for her in the local bars. He once had to take her home naked, after she’d passed out and forgotten where she’d left her clothes. Perhaps it was these kinds of experiences that gave his performances such a unique depth.

The glory and the decline

Marlon Brando was first a successful stage actor. Then, he came to Hollywood where he triumphed in all his films. However, interestingly, there weren’t very many of them. For all his roles, Brando thoroughly studied the psychology of the characters he portrayed so that he could interpret them in all their complexity. Indeed, he was meticulous in his portrayal of every gesture and movement. In fact, he once played a sick man who was attacked and, in the middle of the scene, many believed he really was the victim of an assault.

He was already famous when his mother died in his arms. They say that, when he realized she was dead, he took a lock of her hair and a ring she always wore and then wandered through the streets for several hours in a daze. Later, he began to put on weight and became obese. He also neglected his appearance. This led to him being ignored by many directors.

Brando was followed by an entourage of women wherever he went. Nevertheless, he claimed that all his girlfriends were friends with each other. He married three times and bought an island in Tahiti. There were many highs and lows during his career. In fact, he ended up claiming he would only act if he was paid astronomical sums of money. In several interviews, he claimed he was incapable of loving anyone.

Brando was also an activist for the rights of native Americans. It was for this reason that he declined one of the Academy Awards that were awarded to him during his career. They say that his life ended in destitution, living on state handouts. He died on July 1, 2004, in Los Angeles. 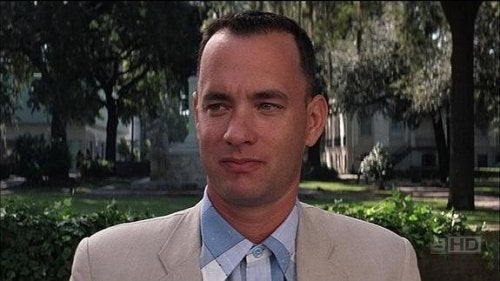 Six Academy Awards Films You Must Watch
The hangover from the latest Academy Awards gala makes it a good time to remember award-winning films. Every winner has made history in their own way. Read more »

The post Marlon Brando, Biography of a Tragic Heartthrob appeared first on Exploring your mind.