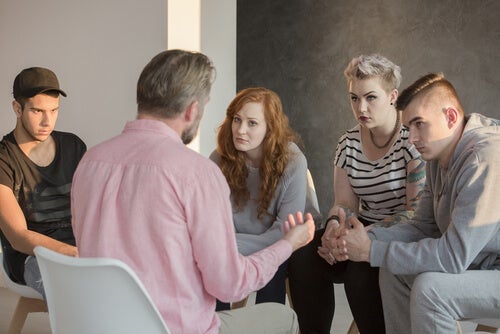 Group therapy is a modality in which several people undergo therapy at the same time, always guided by one or more therapists. Furthermore, it focuses on the interactions within the group and how these can benefit an individual or the group as a whole.

It’s an established tool in the field of psychology and psychiatry. Its objectives (many of which coincide with individual therapy) include conflict resolution, emotional balance, the stimulation of personal growth, and the enhancement of social skills, among others.

Continue reading to learn more about this type of therapy, its origins, advantages, and many more facts about it.

“Members of a cohesive group feel warmth and comfort in the group and a sense of belongingness; they value the group and feel in turn that they are valued, accepted, and supported by other members.”

The origins of group therapy

People have been performing healing practices in groups for many years. Tribal and religious leaders used them to perform their healing and behavioral changes, as did shamanic rites, Greek tragedies, and medieval plays.

However, group therapy as a planned therapy under professional guidance with the purpose to treat certain conditions (personality in particular), is a 20th-century contribution. The United States was the pioneer in this regard in the 1930s. People like Wender, Schilder, Moreno, Slavson, and Redl Wolf initiated it. What did each of them contribute?

Let’s begin with Wender (1936), who worked with inpatients and combined Freudian concepts with interpretations of family transference to the transaction within the group. In the same year, Schilder was the pioneer in analytic group therapy, due to his interpretation of transference and work on dreams.

In turn, Redl introduced children’s diagnostic groups in 1942, and Moreno began to work on psychodrama in the United States during the 1930s. Slavson began working with teens through his group activity therapy in 1943. It focused on the expression of fantasies and feelings through activities and play.

The popularity of group therapy increased after World War II, due to an increase in the therapeutic demand itself. Today, it’s a widely used therapy, either in isolation or combined with individual therapy.

Description of group therapy and the optimal number of participants

Group therapy is a modality in which different subjects meet to talk, guided by one or more therapists. The size of the group should be closely related to the purpose, goal, and duration of the therapy. The ideal number of participants is between eight and 10.

Theoretically, it should be small enough to allow all members to participate. Thomas and Fink (1963) divided the work on group size into two categories:

These authors found that group productivity increased along with group size. However, this increased size reduces agility and effectiveness in therapy. In contrast, they found that increasing the size of the group decreased its cohesion and promoted cliques and task division.

The characteristics of group therapy

Group therapy can be used for different purposes or objectives. Among them, clinical, psychoeducational, counseling, or personal growth objectives. According to these criteria, there are various types of therapeutic groups. Following the same criteria, one can speak of the following types of groups (with their respective objectives):

The advantages of group therapy

Group therapy has significant advantages. One of them is that it allows exploration of the subject’s relational style with others. The group is like a real microcosm, where relationships with different types of people can be built. In fact, group therapy provides a richer and more diverse context for change when compared to individual therapy.

In addition, there’s support and understanding in a cohesive group. Through it, you can connect with people who’ve gone through similar experiences to yours and, therefore, feel truly understood. It’s a space to exchange points of view with other people.

Is it for you?

Not everyone can start a shared psychotherapeutic process. Thus, the characteristics and needs of a given patient, among other factors, play a role. In this regard, there are vital stages, problems, and types of personalities that adjust well to group therapy (and it can help them a lot).

As you can see, a professional must assess every case individually. This is because, even though this type of therapy has many advantages, so does individual therapy. Thus, some situations and people are best suited for one type of modality or another. Actually, there are also people who undergo both types of therapy simultaneously. Your doctor should be able to advise you in this regard. 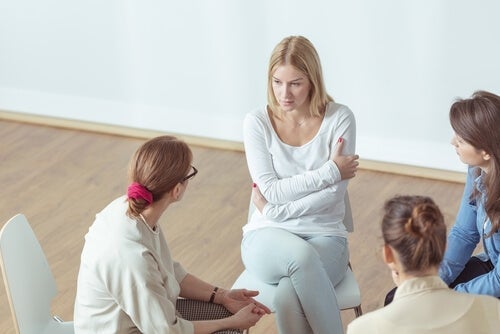 The Benefits of Co-Therapy
Co-therapy refers to the application of a therapy, either individual, couple or group by two mental health professionals. Read more »

The post Characteristics and Objectives of Group Therapy appeared first on Exploring your mind.

The Curious Case of Little Hans